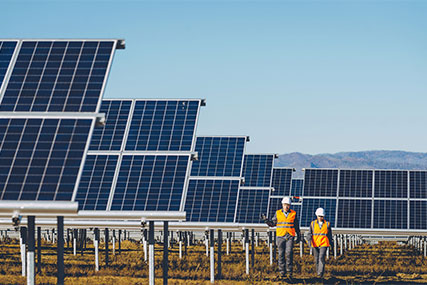 The government of Andhra Pradesh has granted approval to a proposal for setting up a 10 GW solar power project. This project is going to ensure a nine-hour continuous power supply to the farmers during daytime. This will further complement the power supplied by an integrated renewable energy project. The project was first proposed in February 2020 with an aim to meet the energy requirements of the agricultural sector. The government had issued an order for setting up the Andhra Pradesh Green Energy Corporation Limited, as a subsidiary of Power Generation Corporation of Andhra Pradesh, to install the 10 GW solar power plants.

Andhra Pradesh has the fifth highest installed solar capacity of over 3.5 GW, with ground-mounted projects accounting for a large share of about 97 per cent. The installed solar capacity in Andhra Pradesh has seen an upward trend over the years. On the policy side, Andhra Pradesh released a new solar policy in January 2019 to promote the widespread use of solar power, setting a minimum target of 5 GW in the next five years. In Andhra Pradesh, a large share of power is consumed by the agricultural sector, constituting around 24 per cent of the total energy consumption of the state. The government has been spending a significant amount on agricultural subsidy. The uninterrupted day time power supply to the agricultural sector may help ease the charges associated with purchasing power to carry out agricultural practices. Given the consumption pattern of the sector, solar power can help shift the agricultural load and meet the power demand during the day.