The wind power segment, which already accounts for 9 per cent of the total installed capacity in the country, is looking to add another 6 GW this year, heightening the activity level in this space. Consolidation is gaining pace, with a number of new players entering the market and existing players set for expansion.

Ramping up its production in the country is Denmark-based LM Wind Power, the world’s leading wind turbine blade manufacturer, which supplies its rotor blade solutions to over 30 global and national wind turbine manufacturers. It is now preparing to set up its third production unit in India. The two existing facilities are in Dabaspet, Karnataka, and in Vadodara, Gujarat.

The company entered the global turbine blade manufacturing space in 1978 and has since produced more than 195,000 blades. This corresponds to a capacity of approximately 84 GW, or an equivalent of effective annual savings of approximately 166 million tonnes of carbon dioxide. The company claims that about 20 per cent of the turbines installed in the world use blades manufactured by LM Wind Power. According to industry reports, the company held 14 per cent market share in 2016.

LM Wind Power, which has recently been in news for its $1.65 billion takeover by General Electric (GE), has 15 manufacturing facilities across 10 countries, in four continents. The latest among these is the fourth blade factory in Baodi district in the north-eastern part of China.

LM Wind Power has had a long association with India. It started its first plant in Hosakote, Karnataka, in 1991. It later shut down this plant and set up a plant in Dabaspet, Karnataka, in 2007. The company then set up another plant in Vadodara, Gujarat, which was commissioned in April 2016. Both these plants provide the company with a total blade manufacturing capacity of 1.6 GW per annum in India.

The company invested Euro 7.9 million in setting up the manufacturing facilities in Dabaspet, which enabled an increase of almost 30 per cent in its annual energy production (as compared to 2015). The company recycles all the used water in both the plants in the country. It also sources 80 per cent of its raw materials from local vendors. The company has a technology centre in Bengaluru, where it carries out research and development (R&D) work.

In terms of sales performance in the country, Marc de Jong, chief executive officer, LM Wind Power, says, “LM’s business in India has grown by over 40 per cent each year in the last couple of years.”

Currently, about 90 per cent of the company’s products manufactured in India are being consumed in the country itself. The remaining are exported mainly to the rest of Asia. The company believes that while it will take time for the Indian market to reach the same scale as China, the government’s support and policies are huge positives, which will help India become an export centre for LM Wind Power. “India is becoming very cost competitive. China is still cheaper, but India is closing the gap fast. Today, it makes sense to make blades in India and sell them to other markets in the region. If the Indian market dips, LM could always export from here,” says Jong.

In October 2016, GE announced that it intended to buy out the stake of European private equity (PE) firm Doughty Hansen in LM Wind Power. GE expected to benefit from LM Wind Power’s state-of-the-art technology in manufacturing turbine blades, which would be beneficial to GE’s onshore and offshore wind business units. However, GE stated that LM Wind Power would continue to operate as a stand-alone unit under its renewable energy business. This acquisition will expand the scope of LM Wind Power’s operations. The deal was approved unconditionally in March 2017 by the European Commission (EC). In April 2017, GE announced that it had completed the acquisition of LM Wind Power.

However, in May 2017, GE announced that the EC is reinvestigating the deal on charges of suppression of information. GE had communicated to the regulators that it did not plan to develop next-generation offshore wind turbines with a capacity of 12 MW. However, the EC found contradictory information, which has led to the reopening of the probe. Should GE be found guilty of advertently or inadvertently violating the competition rules of the EU, it could face a penalty as high as 1 per cent of its annual sales. 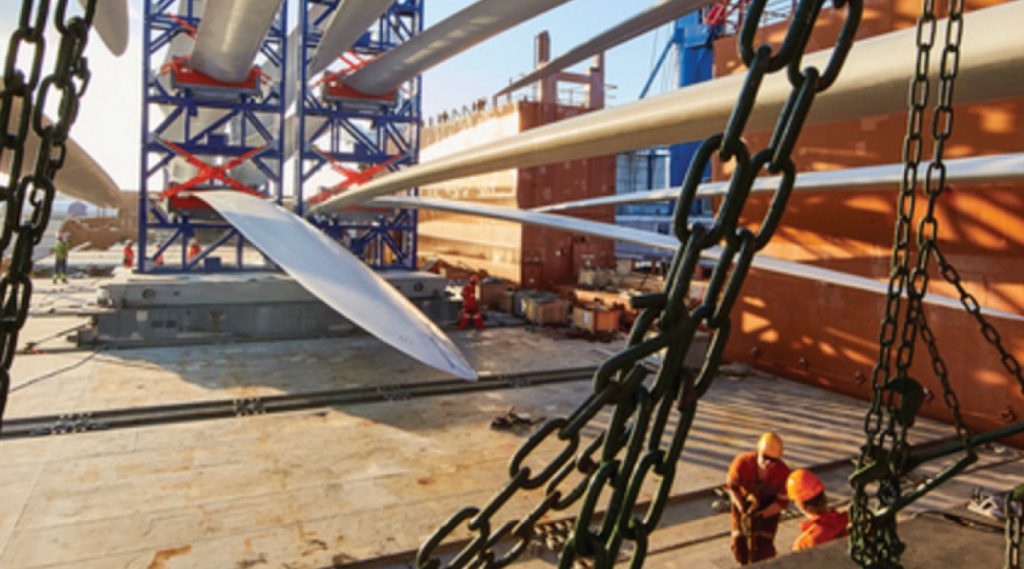 On a strong financial wicket

The group increased its capital expenditure to Euro 142 million in 2016, from Euro 86 million in 2015. This increased expenditure was due to the completion of the second factory in India, the beginning of construction of a new plant in Turkey, extension of existing production facilities, and new moulds and equipment for longer blades. A significant portion of this capital expenditure was met through down payments by customers.

LM Wind Power currently holds around 190 patents. These are mostly in the fields of blade and rotor design production technology and logistics. The company recently unveiled its longest turbine blade, with a length of 88.4 metres. This blade is capable of powering an 8 MW turbine. The blade, developed for offshore applications, is made of a pure glass fibre and polyester matrix. The company manufactures blades of sizes ranging from 34 metres to 88.4 metres. The longest blade used for onshore applications is of 73.5 metres.

The company is currently working on three path-breaking technologies. These are flexible blades, innovative blade tips and performance monitoring by the rotor. The company also collaborates with other organisations for R&D.

Owing to the strong market demand and the new manufacturing plant coming up in Turkey, LM Wind Power expects to have robust sales globally, with a minimum expected sales growth of 15 per cent. The company attracted significant additional external support to finance expansion in Vadodara, besides its new market entry in Turkey. The company, moreover, launched an upgraded enterprise resource management system, “One LM”, in its Goleniow production centre in Poland. This system is now being rolled out globally, further improving efficiency and transparency in the business.

Further, the acquisition by GE will have a huge positive impact on LM Wind Power. It will allow the new entity to fully utilise advanced design and technology, and improve its manufacturing capabilities and reliability, thereby expanding its global footprint. LM Wind Power thus seems poised to meet its targets. In India too, it is well-placed to tap the emerging opportunities in terms of higher onshore capacity addition through the competitive bidding route, with a greater focus on solar-wind hybrids and improving avenues for offshore wind project development.