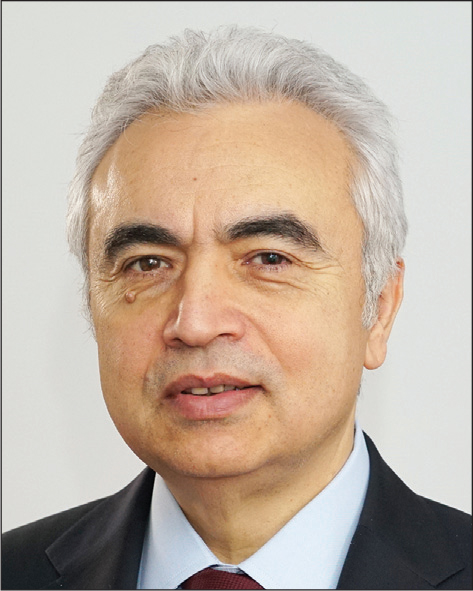 The Covid-19 pandemic has severely impacted the global economy. Investment and employment levels have been falling across industries. The global energy sector too has been hit hard. Amidst this grim scenario, there is hope of a green recovery, which, among other things, involves greater investment in the renewable energy sector. In light of these interesting developments, Renewable Watch spoke to DrFatihBirol, executive director of the International Energy Agency (IEA), about the role and outlook of the renewable energy sector post the pandemic. DrBirol also shared his views on the recent oil shock and the role of hydrogen in the future energy mix. Excerpts…

What kind of impact are you seeing on the renewable energy sector globally in light of Covid-19?

The year 2020 was expected to be a record year for renewable energy in terms of capacity addition; however, this outlook has changed as a result of the Covid-19 pandemic:

As a result, our latest analysis shows that the number of new renewable power installations worldwide could fall for the first time in 20 years and net additions of renewable electricity capacity may decline by 13 per cent in 2020 compared to 2019. In 2021, we expect renewables to show resilience, with the majority of the delayed projects due to come online, leading to a rebound in installations.

The effect of the pandemic has also been felt on wider electricity generation, especially in countries that went into full lockdown. The IEA has found that every month of full lockdown reduced demand by 15-35 per cent. However, renewables have proved to be the most resilient fuel of all. The record level of new projects announced in 2019 are becoming operational this year, and long-term contracts and priority despatch rules in many countries have sheltered renewables from demand and price declines. As a result, the share of renewables in the generation mix has risen, with record-high hourly shares of variable renewables in Germany, Italy and the eastern parts of the US. In India, the gap between coal-fired generation and renewables in the power mix has never been smaller than during the full lockdown.

What, according to you, is the importance of including energy investments in government stimulus packages, especially in terms of job creation at a time of global recession?

Covid-19 has created the biggest global economic shock in peacetime since the 1930s. This is having a severe impact on employment and investment across all sectors, including energy. As a result, IEA analysis shows that energy investment is expected to go down by 20 per cent in 2020, and roughly 6 million jobs will be lost in energy or related sectors.

This is a time when investment in energy needs to be rising in order to meet the objectives of energy security, access, affordability and sustainability. Likewise, the energy workforce needs to grow significantly to facilitate the investment levels we anticipate. Energy investments can figure prominently in government responses and long-term recovery plans. There is a need and appetite for these investments, particularly in critical electricity infrastructure, which is becoming the backbone of future energy systems.

Governments are currently spending trillions of dollars on rescuing their economies from the crisis. The IEA has produced a Sustainable Recovery Plan to help governments prioritise energy investments for the next three years. The next three years will determine the course of the next 30 years and beyond. If we do not take action, emissions will rebound and it will become increasingly difficult to bring them down again in the future.

In our Sustainable Recovery Plan, we highlight key energy investments that can simultaneously spur economic growth, create millions of jobs, and put emissions into structural decline. The recommended investments total $1 trillion globally for the next three years, which is only 10 per cent of the current fiscal measures committed by governments as of June 2020. This expenditure would raise GDP by 1.1 per cent annually, and could save and create 9 million jobs.

Could you highlight some of the key policy gaps that exist in renewable energy uptake in most countries?

First, policy uncertainty remains the most important challenge in accelerating the deployment of renewables. Wind and solar technologies do not need high levels of incentives, but they do require a policy framework that provides stable revenue streams to achieve affordable financing. Second, administrative barriers are still important in many countries. Those need to be tackled by simplifying and streamlining procedures. Third, the increasing share of variable renewable energy (VRE) must be taken into account. For governments, it is important to introduce policies and to adopt market designs that increase the flexibility of the electricity system to integrate VRE cost-effectively and reliably. This is also crucial for maintaining electricity security at all times. Last but not the least, today, electricity accounts for only around 20 per cent of the global energy demand. Policies need to focus more on increasing renewable penetration in the building, industrial and transportation sectors.

After the recent oil shock, do you expect a significant recovery in oil prices and supply later this year based on stet improvements in the global economy?

The worst of the Covid-19 impact on the oil market is almost certainly behind us. In the first half of the year, oil supply exceeded demand by a significant margin and prices collapsed to very low levels, including on one day in April when WTI prices fell to nearly minus $40 per barrel.

Now that we are well into the second half of 2020, we see that demand is gradually increasing as widespread lockdowns have been eased, while oil production is still constrained by the OPEC+ supply agreement. Currently, we expect that in the second half, demand for oil will exceed supply, underpinning prices.

However, there are considerable uncertainties. There are still a very large number of Covid-19 cases being reported in many countries. While the national lockdowns seen earlier in the year may not be re-imposed, localised, targeted lockdowns have been implemented in many places and this will impact oil demand.

What will be the likely impact of this oil shock on clean energy growth in terms of investments, both public and private?

Even before the crisis, the flow of energy investments was misaligned. Market and policy signals were not leading to a large-scale reallocation of capital to support clean energy transitions. There was a large shortfall in investment, notably in the power sector, in many developing economies where access to modern energy is not assured.

Investment in clean energy technologies has been stable in recent years at around $600 billion per year, although unit cost reductions have meant that this is associated with a steady increase in actual deployment of some technologies such as solar PV, wind and electric vehicles.

Amongst renewables, which emerging technologies do you believe will see the highest growth in the future?

First, technological progress in solar PV regarding new cell design, increased efficiency and lower material intensity is continuing steadily. This will contribute to further reducing costs, making solar PV the cheapest source of electricity and the dominating technology in terms of capacity additions in many countries, including, notably, India.

Offshore wind is another renewable technology that is expanding at double-digit annual growth rates and that has immense long-term potential. Our analysis shows that emerging technologies such as floating turbines in deep waters could unlock enough potential to meet more than ten times the world’s total electricity demand by 2040.

In the non-electricity space, we see the critical importance of advanced biofuel plants, which can produce low-carbon sustainable transport fuels from waste and other non-food feedstock. The technologies are known but are still expensive, and much more innovation is needed to reduce costs and derive profits from economies of scale. I praise the commitment of India in this field, with its programme on demonstration and pre-commercial plants. I also commend India for its role as co-chair of the Biofuture Platform, a 20-country initiative, which has the objective of accelerating innovation and deployment of sustainable bioenergy and bio-products. The IEA is honoured to be the facilitator of this platform.

What role will hydrogen play in the transition towards a clean energy future? What, according to you, are the key action points required for increasing the global uptake of hydrogen?

Hydrogen will play a key role in the clean energy future. It is a very versatile fuel that can help decarbonise sectors where other low-carbon options are not available or present big implementation challenges. Hydrogen can also support the integration of larger shares of renewables, helping to balance the demand-supply mismatches resulting from their variability. However, practically all hydrogen currently comes from fossil fuels and its use is limited to a few industrial applications. Tapping into its full potential as a clean fuel requires switching to cleaner production (such as electrolysis powered with renewables or fossil fuels coupled with carbon capture) and expanding demand into new applications (transport, buildings, power or steel production).

This widespread adoption of clean hydrogen is challenging, since its production and use in new applications are more costly than high-carbon alternatives. Clean hydrogen technologies have reached enough maturity to be deployed on a large scale to deliver the necessary cost decreases to become competitive. Hydrogen started to gain momentum last year, and the pandemic appeared as a threat to this momentum. However, the response from governments and the main industrial players has been strong, with announcements of ambitious commitments that can result in an acceleration of its large-scale deployment.

The IEA has identified four key opportunities that can help to scale up hydrogen technologies while supporting the economic recovery from the pandemic:

The adoption of robust hydrogen strategies defining the role of hydrogen within the wider energy strategies can facilitate the realisation of these near-term opportunities.

What is your perspective on the renewable energy sector before and after Covid-19? What kind of changes are you expecting in the future?

Renewables accounted for 75 per cent of the global electricity capacity increase in 2019. Despite supply chain interruptions and construction delays, new renewable projects have become operational and been financed during the pandemic. The fundamentals for renewables will not change after the pandemic. Wind and solar costs will continue to go down, consolidating their position as the cheapest source of electricity generation in an increasing number of countries.

This has been a grim year. Nevertheless, despite everything we have seen this year, I see increasing grounds for optimism in one vital area – the speed of the shift to cleaner energy. Key recent trends can help us reach our energy and climate goals if we tackle the challenges that remain. These trends are: 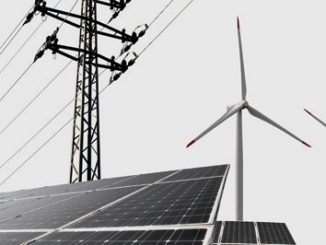 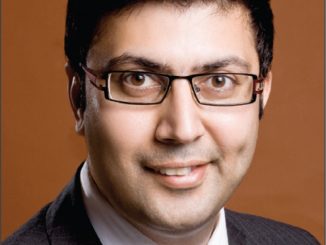 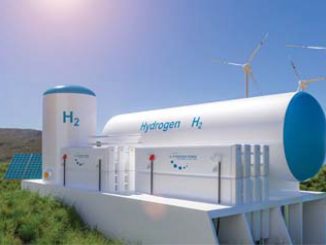 September 2020
The use of hydrogen for industrial purposes is common in India. It is already being produced and consumed by the petroleum, chemical, glass, semicondu...
More