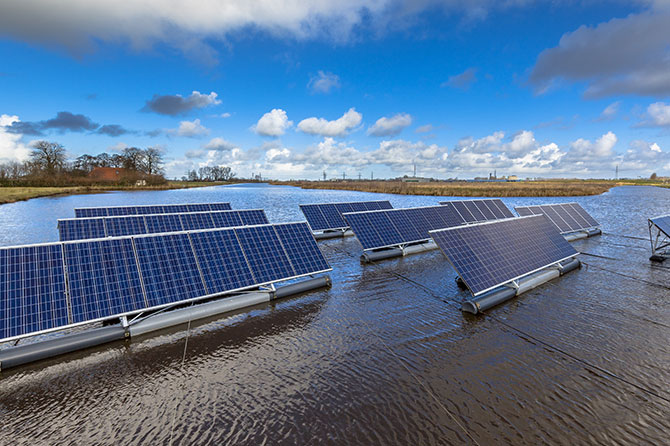 Tata Power Solar has won the bid to develop a 70 MW floating solar power project in Kerala. The project will be developed on a reservoir of NTPC Limited’s Rajiv Gandhi Combined Cycle Power Project at Kayamkulam which is located in the Alappuzha district of the state. The project is to be commissioned in 21 months, and solar PV cells and modules for this project can be sourced from anywhere in the world.

Once dismissed as a quirky, niche segment likely to be relegated largely to land-scarce countries like Japan, the concept of floating solar PV projects now seems poised for a potential breakthrough in India.

The concept of floating solar plants was first mooted in India by Tata Power in 2011 when it set up a pilot-scale project based on Australian company Sunengy’s liquid solar array technology on the backwaters of a dam located close to a Tata hydroelectric plant. But the concept really caught the fancy of power developers only after the Kerala State Electricity Board (KSEB) commissioned a floating solar plant on the Banasura Sagar reservoir in Wayanad in January 2016. The 10 kW floating plant was soon scaled up to 500 kW, which was commissioned in December 2017.