Gas Authority of India Limited (GAIL) is looking for a project management consultant (PMC) to help set up a 10 MW ground-mounted solar power project at its Vijaipur Complex in Madhya Pradesh’s Guna District. The chosen consultant will be responsible for project management from the time of awarding the project until all services are rendered. The scope of work includes tender preparation for engineering, procurement, and construction (EPC), construction supervision, quality management, and project commissioning. Within 30 days of the award, the selected consultant must submit 3 per cent of the annualised order value as contract performance security.

According to the tender guidelines, bidders must have completed at least one system design, engineering, tendering, and construction management work order for a 5 MW or greater capacity solar project during the previous five years. They must also have a minimum annual turnover of 14.5 million in any of the previous three fiscal years.

The consultant is supposed to complete the project within a time period of 16 months. An option of extending the deadline by another six months is available only if necessary. If the work cannot be completed even within extended timeline of 22 months, due to any delay that is not the consultant’s fault, then PMC will be paid only 10 per cent of the award value for an additional six months to complete their work. The bid submission deadline is August 24, 2022.

By the end of 2023, GAIL plans to develop one of India’s largest proton exchange membrane (PEM) electrolysers in Guna, Madhya Pradesh, as it seeks to supplement its natural gas business with carbon-free fuel. As per the statement, India’s largest gas transporting and marketing firm has awarded the contract to build the PEM-based project, which would produce 4.3 tonnes of green hydrogen per day (approximately 10 MW capacity) and be mixed in natural gas for supply to industries.

The project is designed to produce around 4.3 metric tonnes of hydrogen per day (with a purity of 99.999 per cent). It is expected to be operational in November 2023. Reportedly, the project was awarded to a vendor with a domestic value addition of more than 50 per cent. However, no financial details have been disclosed.

In October 2021, GAIL planned to construct India’s largest green hydrogen-making facility to bolster its natural gas operations with carbon-free fuel. It issued a global tender for the procurement of an electrolyser. The company chose 2-3 locations for the unit, one of which is in Vijaipur, Madhya Pradesh. The plant would have a capacity of 10 MW, making it the country’s largest green hydrogen project so far. 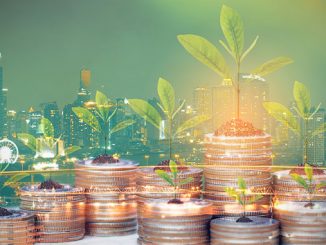 July 13, 2022
ReNew Energy Global reported that it has effectively refinanced its dollar-denominated bonds maturing in 2024 while amortising project loan from an I...
More

February 17, 2022
The 4th India-Australia Energy Dialogue was conducted on February 15, 2022, during which a letter of intent on new and renewable energy technology was...
More