The drivetrain is often called the “powerhouse” of a wind turbine as it contains a generator and a gearbox. These appliances convert the torque generated from the rotation of the wind turbine blades into electricity. The role of the gearbox is to increase the speed of the rotation of the turbine blades to generate electricity. Gearbox-based wind turbine technology is widely used, but it has some issues. One, it has a lot of moving parts, and thus re­qu­ires frequent and substantial maintenance. Two, it is a very heavy component and its installation is a cumbersome task. Three, wind turbulence often causes technical stress on the wheels and bearings inside the gearbox, thereby causing degradation of the turbine components.

Direct drive-based wind turbine techno­logy has been developed in a bid to re­solve these challenges. Electricity can be generated at much lower speeds using this new technology, thus eliminating the need for gearboxes. However, direct drive technology has its own pros and cons. The positive is that this technology uses fewer moving parts, thus reducing operations and maintenance (O&M) costs. This is important as according to Wood Mac­ken­zie, the global onshore wind O&M costs reached nearly $15 billion in 2019. Of this, $8.5 billion was spent on un­plan­ned re­pa­irs and corrective maintenance nece­ssi­tated by component failures.

The negative is that this technology uses magnets that are made from expensive rare earth materials such as neodymium and dysprosium. Research is currently un­der way to develop direct drive technologies that do not use permanent magnets or rare earth materials. In addition, these ma­terials are heavy. Accordingly, wind turbines that use direct drives require heavier generators for a given turbine capacity.

The US Department of Energy (DOE) has already selected projects to develop next-generation wind turbine drivetrain technologies for both onshore and offshore wind turbines. These projects will develop more efficient, smaller and lighter-weig­ht generators, thereby lowering costs and making wind energy more affordable. The fun­ding for such technologies is significant. Each of the selected projects has received $500,000 to design a wind turbine generator that can be scaled up to at least 10 MW. This is in line with the industry trend of installing larger wind turbines, particularly for offshore projects.

In January 2021, the DOE selected GE Re­search to receive up to $20.3 million to build and test a scaled prototype of its generator on a wind turbine. According to the DOE, this will result in a design that is up to 50 per cent lighter while reducing the cost of wind generation by up to 10 per cent.

As per the Global Direct Drive Wind Turbi­ne Market (2017-2022) report published by Market Research Future, the global direct drive market will expand at a compound annual growth rate (CAGR) of 11.5 per cent during the forecast period 2017-22. A higher torque with fewer rotations per minute, improved efficiency and redu­ced noise will be the key factors that will shape the growth of the market. The other key factors that will give a fillip to the direct drive wind turbine market are the depletion of fossil fuel reserves, favour­able government policies, growing awareness on renewable energy sources and rising demand for energy.

Europe is the largest market for direct drive technologies and is expected to re­tain this position till 2022, as per the re­po­rt. This is so because key market players are already operating in European countries. Favourable government regulations for the wind power segment in the Euro­pean countries are another key factor con­tri­buting to the market growth. Coun­tries like France, Ireland, Spain and the UK are expected to take the lead in the European market.

The Asia-Pacific region is expected to be the second largest market for direct drives after Europe. In this region, China and India will be the key markets. High capa­city addition plans, availability of experien­ced industry players and increased awar­eness of renewable energy usage will help in the promotion of the technology and contribute to market growth in these countries. Another key reason for the greater interest in direct drive technology is efficient O&M of wind turbines, which will increase electricity generation and reduce overall maintenance costs. The other important markets for direct drives in Asia Pacific include Japan and South Korea.

The market for direct drives is strong in North America due to the presence of es­tablished industries in the region. The key players in the global direct drive wind turbine market include the American Super­conductor Corporation (the US), Emergya Wind Technologies B.V. (the Netherlands), ENERCON GmbH (Ger­many), GE Re­ne­wable Energy (the US), Goldwind Science & Technology (China), Leitwind AG (Italy), Siemens AG (Germ­any), VENSYS Energy AG (Germany), Windtronics LLC (the US) and the Xiangtan Electric Manufacturing Group (China).

According to the International Renewable Energy Agency’s (IRENA) report, “Future of Wind 2019”, Denmark’s Vestas and Chi­na’s MingYang and Goldwind were the top suppliers of high speed geared drive, me­dium speed geared drive and direct drive turbine technologies respectively. Accor­ding to the report, geared wind turbine systems continue to be the preferred turbine technology based on market size. In 2018, the conventional high speed geared systems and medium speed turbines occupied market shares of 69.7 per cent and 3.7 per cent respectively. Meanwhile, the mar­ket share of direct drive turbine technologies was 26.6 per cent in 2018 (2 per cent less than that in 2017). This was due to the reduction in wind turbine installations by Germany-based Enercon.

According to the report, the turbine sizes have increased rapidly in recent decades, and such technological improvements are expected to continue beyond 2022. Acc­or­ding to IRENA, the MingYang Smart En­ergy Group’s MySE11-203 wind turbine with a rated power capacity of 11 MW is the world’s biggest hybrid drive wind turbine. It features a rotor diameter of 203 metres, with 99 metre long carbon-glass hybrid blades. To reduce loads to the drivetrain, the turbine is composed of less fragile components. Its medium speed ge­ar­box is similar in structure to aero-engine gearboxes with high reliability. The prototype of this turbine is planned to be erected in 2021, but it will be commercially available only in 2022. Thus, drivetrains in the future will need to be made lighter and more compact in order to reduce O&M costs.

Going forward, with the use of advanced manufacturing techniques, more efficient, reliable and affordable drivetrains will be produced. The technological developments in this space include the use of new single-stage gearboxes, permanent magnet generators, high efficiency power electronics, direct drive systems and hybrid sy­s­tems. In particular, advancements in bla­des, drivetrains and control technologies will enable further development of larger, more reliable turbines with higher capacity ratings. The capital cost per MW of ins­tal­l­ed capacity is also likely to increase as the turbines get bigger. Meanwhile, the cost of energy will reduce with higher energy production, and lower costs of foundations and installations. The operating expendi­tu­re will also reduce with greater reliability and less need for maintenance.

Over the years, this research has shown positive results. Overall, the design of di­rect drive technology has improved, making it less complex. Moreover, direct drive-based wind turbines have become lighter and more affordable with improvements in magnets and generator arrangements. The price of the magnets used in these turbines has also been dropping continuously. Thus, the uptake of this technology is set to increase.

Considering the market opportunity of the two mainstream technologies, it is expec­ted that both will create a dent in the market going forward. They will have a significant share in the wind turbine market as both onshore and offshore wind installations are expected to inc­rease in the future. 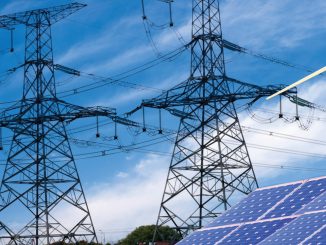