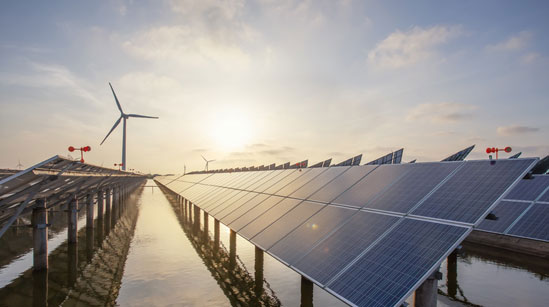 The Maharashtra Electricity Regulatory Commission (MERC) has approved the tariff of Rs2.59 per kWh for evacuation of power from a 225 MW wind-solar hybrid project.Earlier, Tata Power Company Limited (Distribution) (TPC-D) had approached the commission for the approval of the tariff. The power purchased from this project will help TPC-D fulfill its renewable purchase obligation (RPO). The project will be developed by Tata Power Green Energy Limited (TPGEL) and will be located in parts of Maharashtra and Rajasthan. As per the order, TPC-D can now enter into a power purchase agreement (PPA) with TPGEL for a tenure of 25 years.The tariff was determined by a transparent reverse auction where there were two bidders. While AMP Energy Green Private Limitedhad quoted a tariff of Rs2.60 per kWh for 100 MW of hybrid projects, TPGEL had bid Rs 2.59 per kWh for 225 MW of hybrid project capacity.

Earlier in July 2020, TPGEL received a letter of award to develop the 225 MW wind-solar hybrid power project. The project is required to be commissioned within 18 months from the date of execution of the PPA. As per the tender guidelines, the rated installed project capacity of either of the two components (wind and solar) should be more than 25 per cent of the other, while the wind component should be capped at a maximum of 50 per cent of the project capacity. According to TPGEL, the plant is expected to generate about 700 MUs of energy per year and will annually offset approximately 700 million kg of carbon dioxide. With the addition of this project, Tata Power’s renewable energy generating capacity will increase to 3,782 MW. Of this, 2,637 MW capacity is currently operational, and the remaining 1,145 MW is under implementation.

In June 2020, Tata Power Renewable Energy Limited (TPREL), the renewable arm of Tata Power, received a letter of award from the Maharashtra State Electricity Distribution Company Limited for the development of the 100 MW solar power project to be located in Maharashtra. In the same month, TPREL also received a letter of award from Gujarat UrjaVikas Nigam Limited to develop a 120 MW solar project in Gujarat.