In India’s desert state of Rajasthan, rural women are becoming the agents of change, convincing non-renewable-reliant communities to switch to solar power. They are called “Solar Sahelis” or “solar (girl)friends”, and their mission is to convince others to invest in solar-powered solutions. But this is not easy. For decades, rural India has been flooded with poor quality solar products. So, for Solar Sahelis, the first hurdle is to help people overcome the scepticism that renewables are a failed technology.

India has the fastest growing population in the world and its energy needs are growing by leaps and bounds. However, nearly a quarter of its population has no access to electricity, and for many others it is unreliable. Ajaita Shah, a young Indian entrepreneur, saw this as an opportunity. In 2011, she founded the firm Frontier Markets, with the aim of selling reliable renewable energy products to those living off the grid. With close to 70 per cent of India’s rural households dependent on agriculture, and almost 48 per cent of the rural population comprising women, outdoor safety and security issues after sunset were paramount. For example, attacks by snakes and other animals are the biggest fears of farmers while protecting their fields.

Understanding the need for a good quality, long-range beam LED solar torch, Frontier Markets collected feedback on its use, durability and affordability from farmers and women. These preferences influenced the solar products’ design. Following this, the first solar-powered torch, which met the World Bank Group’s Lighting Global Quality Standards, was launched.

The most recent variant of this torch is the Solar Rakshak Plus, which provides light of 130 lumens for 3 hours (high mode) and 83 lumens for 5 hours (economy mode), following a single day of charging in the sun. It also offers mobile phone charging and is covered by a two-year warranty. It costs Rs 1,199, has almost negligible environmental impact, and can be easily repaired by local women micro entrepreneurs.

Frontier Markets has introduced several other innovative products through investments in Indian manufacturing companies, and partnerships with leading corporate firms such as Unilever, Philips and Jio.

The need and potential

The areas that Frontier Markets operates in are one of the poorest in Rajasthan, comprising agri-families and daily wage labourers, earning $1-$3 per day. They lack access to electricity and are dependent on kerosene lanterns and battery torches. Lack of reliable energy increases the time spent by womenfolk on household chores, leading to reduced income generation opportunities. These areas have a poor solar product penetration rate of 5-7 per cent, with low quality solar products available and lack of after-sales service.

Called the “sunshine state”, Rajasthan has an average of 300-330 sunny days a year. And that’s the principle Frontier Markets works on – electricity may be erratic, but sunlight is regular and reliable. During 2011-16, two issues came up – first, all products must be available within one mile of the consumer, and second, to grow new markets, trusted “messengers” were required. So the company began training local women as solar entrepreneurs, in partnership with local self-help groups (SHGs). To help them sell clean energy solutions in their villages, training was provided in sales, marketing, data collection through mobile phones, and repair. They were also provided support through on-ground marketing activities and local distribution hubs.

The Solar Sahelis are in the 18-26 years’ age group. Most of them were married at the age of 14, are uneducated and have no source of income. Each Saheli serves around 100-150 households in her village.

They begin by demonstrating a range of solar-powered products to prospective customers in a dark room. At times it is difficult for rural folk to understand that solar torches do not need electricity for recharging, whereas rechargeable battery-powered torches do. But the USP is that, unlike regular shopkeepers who give no guarantees, here warranties are provided with prompt after-sales service. Also, they have access to smartphones and an e-commerce solution specially designed for them to facilitate data collection, orders, deliveries and service.

“The torch is light in weight and easy to charge and use. It is a perfect tool for safety and productivity, whether outdoors or indoors, and can be used by men, women and even children,” says Radha Devi, a Saheli in NagliMegha, Alwar district of Rajasthan. Alongside selling solar products, the Sahelis are expected to fulfil their traditional duties, such as running the household and working in their farms. Unlike their male counterparts who frequently work away from the village, the Sahelis work locally and this helps them inherently understand what villagers need, from domestic lighting at home to hand held torches for working in the fields at night.

Frontier Markets has invested in local service and product distribution centres that cater to villages within a 30 km radius. Each centre has a staff of six tech-enabled employees who can manage the Sahelis and support brand activation. Through these centres, the Sahelis can guarantee quick delivery, provide after-sales service, arrange seamless payment, and promote brand awareness with targeted marketing. 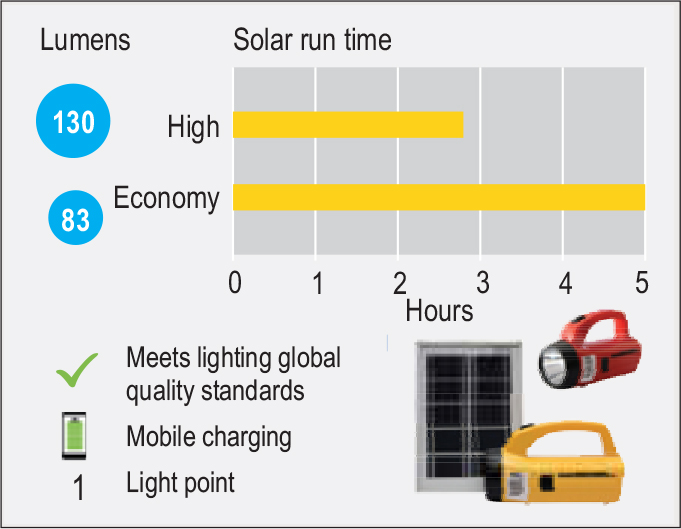 The government solar subsidy is not featured in this scheme. The Sahelis help their customers to access financing through SHG loans, while Frontier Markets has also launched its own 0 per cent EMI scheme to help households own the products. The company is working on launching a fintech platform to help introduce more savings and finance options to rural households.

According to Shah, “As of April 2020, we have sold 715,000 clean energy solutions via our network of Solar Sahelis, to 550,000 households. The products sold include solar torches, lanterns, street lights, home lighting systems and appliances, and clean cookstoves. Impact metrics include increased savings, income, safety metrics and hours of productivity, and lower carbon emissions.”

International organisations too have been very supportive. In India, the International Finance Corporation (IFC) manages the Lighting Asia/India programme. It partnered with Frontier Markets in 2013 and has since been promoting these innovative and quality assured products in rural areas, through its consumer awareness campaigns. Signify provided a corporate social responsibility (CSR) grant, with support for showcasing Frontier Markets’ work. BBC produced a series on Frontier Markets, with funding from the Skoll Foundation. As part of the series, BBC representatives met a group of farmers at a local village market. The latter acknowledged the poor state of electricity supply and the problem of frequent power cuts. However, they had not heard of solar torches and were not aware that these were available in their village. So, clearly, marketing the solar products is an uphill task.

But Frontier Markets believes that investing in women is a smart business move, and the key to poverty alleviation and change. The company is keen on building long-term relationships. Through its network of Solar Sahelis, the company is also able to understand the future requirements of the same households that first purchased solar torches.

The company’s total network of Solar Sahelis comprises 3,500 women. Last year, it expanded its operations to Uttar Pradesh, Bihar and Odisha. Today, Solar Sahelis, also called “SaralJeevanSahelis”, are leading, trusted service providers earning over $5 million together, and reinvesting their wealth in their daughters’ education and well-being. With the average savings per household being $100 per year, the average income earned via solar solutions is $300 per year. In the words of SantoshKanwar, another Saheli, “Storing such expensive products at home, and people trusting my word when I sell them, makes me feel responsible. I am earning money too and hope to set up a shop some day.”

For many, earning a fixed wage and commission (up to 20 per cent per sale) has for the first time enabled them to play a part in their local economy. It is also giving them confidence and driving ambition. After achieving their targets, they get access to higher-margin products to sell. Within two years, they can grow into sales experts, trainers, or full-time employees of Frontier Markets.

By 2025, Frontier Markets hopes to build a platform where 30 million rural customers and 30,000 women entrepreneurs have access to a better quality of life. Although the company’s business model seems like a win-win solution, a lot rests on the shoulders of the Sahelis.