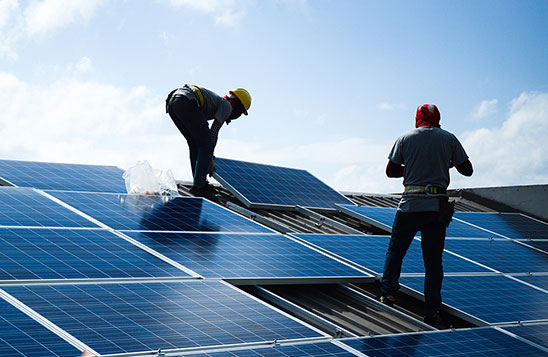 The Bangalore Electricity Supply Company Limited (BESCOM) has invited expression of interest for empaneled agencies to design, supply, install, and commission 30 MW of rooftop solar grid-connected power projects in Bengaluru. The projects will be developed on the rooftops of residential buildings, group housing societies, and residential welfare associations. These projects will be developed under the net metering programme. The last date for the submission of bids is April 7, 2020.

India’s rooftop solar segment has grown from a mere 3 MW in 2011 to around 2,300 MW as of December 2019. While this jump might seem significant, it is inconsequential when compared to the growth in the ground-mounted utility-scale solar segment, which grew from 480 MW to cross 31,000 MW during the same period. This huge difference in the installed capacities of the two segments is due to the larger size and scale of ground-mounted projects, which helped in bringing down solar tariffs in the country propelled by massive auctions. Meanwhile, rooftop solar is constrained not only by size, but also adoption-related challenges. Although initiatives in the form of subsidies and net metering regulations have been taken by the central and state governments to drive growth in the rooftop solar segment, they have not been able to generate the desired outcome.

The most important of all policy interventions till date has been the introduction of net metering through which power consumers can make use of the two-way flow of power. On the one hand, they can generate solar power and feed it into the grid, and on the other, they can draw electricity from the grid when no solar power is generated, getting billed only for the “net” power consumed. This method acts as a driver for the adoption of rooftop solar among high-paying consumers, who are already paying a high price for conventional energy. Further, net metering reduces the risk of delayed payments by discoms. The majority of states have adopted net metering regulations and are constantly updating them to suit the market conditions.