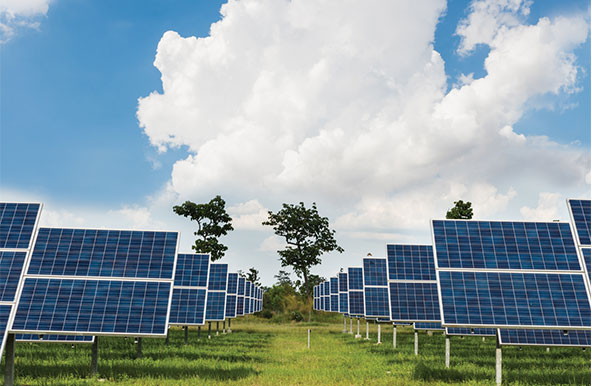 The Maharashtra Electricity Regulatory Commission (MERC) has allowed Maharashtra State Power Generation Company Limited (MSPGCL) and Maharashtra State Electricity Distribution Company Limited (MSEDCL) to procure power from 184 MW of solar projects. The projects are to be set up by Waaree Energies Limited (WEL) under the state’s Mukhyamantri Saur Krishi Vahini Yojana. The petitioners, MSPGCL and MSEDCL, had requested the commission to approve the tendering process to carry out the bidding even when there was a single qualified bidder. In response, the commission has approved a tariff of Rs 3.05 per kWh discovered through competitive bidding for 25 years. The commission has also approved MSPGCL and MSEDCL’s request to make the necessary changes to the power purchase agreement (PPA) and the power sale agreement and submit it to the commission.

The MNRE sanctioned 7,000 off-grid solar pumps to the Maharashtra Energy Development Agency in the year 2017-18. Of these, 6,000 pumps have been installed. Apart from this, MSEDCL has plans to set up 100,000 solar agricultural pumps, of which 9,934 have been installed. These pumps are entirely funded by the state government. In 2018, the state government and the state discom decided to procure all renewable energy, except for small-hydro and municipal solid waste projects, through a competitive bidding process. In the past two years, MSEDCL has floated tenders for around 7,000 MW of capacity. Of this, power purchase agreements (PPAs) have been signed for around 4,200 MW of capacity, while PPAs for around 1,200 MW are under process.