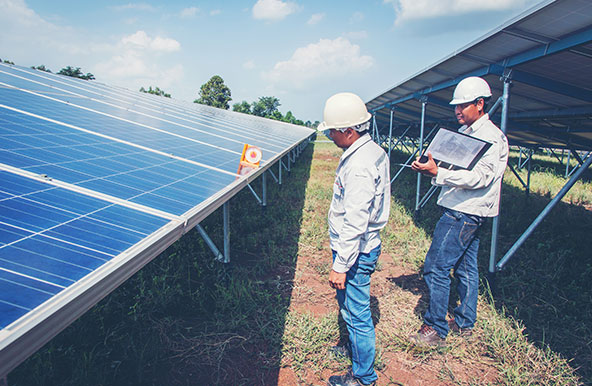 The Assam Power Distribution Company Limited (APDCL) has floated a tender to develop 30 MW of grid-connected solar PV power projects. The capacity has been tendered under the phase II of the central public sector undertaking programme. The projects of 10 MW each are to be set up in the lower Assam zone, central Assam zone, and in the region of Cachar, Karimganj, and Hailakandi. The scope of work includes the design, construction, and supply of solar power projects with domestic content requirement. The project developer will also be responsible for the operations and maintenance for 25 years. The tariff ceiling has been set at Rs 3.13 per kWh and the last date for the submission of bids is January 27, 2020.

As indicated earlier, the overall tendering of solar photovoltaic projects has slowed down in recent months. According to a recent ICRA report, the overall solar capacity tendered during the period January-September 2019, at about 7 GW, was 28 per cent lower as compared to the corresponding period in 2018.

Not only has project allocation slowed down but both undersubscription and cancellation of awarded tenders have also increased. Central tendering agencies have reportedly cancelled over 4.5 GW of renewables capacity after deciding that the resulting electricity tariffs were too high with state distribution companies cancelling a further 100 MW. For instance, the Solar Energy Corporation of India terminated its 2.4 GW interstate transmission system Tranche II solar scheme as the resulting Rs 2.64 per kWh solar power tariff was higher than expected.