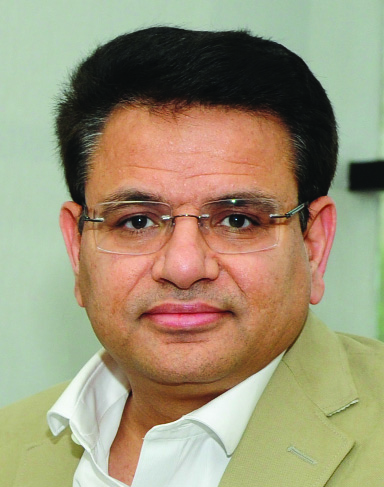 ACME is the largest solar power generator in the country with a cumulative project portfolio of over 5,500 MWp and an operational capacity of over 2,900 MWp. In an interview with Renewable Watch, Manoj Kumar Upadhyay, founder and chairman, ACME Group, spoke about the key developments in the renewable energy sector in the past year, the ways in which more funds can be attracted in the renewable energy sector, and ACME’s experience in the rooftop solar segment. Excerpts…

What have been the major disappointments of 2019 as far as the renewable energy sector is concerned?

Despite efforts from the government to promote renewables in India, the solar industry faces certain barriers like unfavourable lending conditions, frequent changes in tax and duty structures, GST, safeguard duties, long pending GST and safeguard reimbursement with the government (Rs 70-Rs 80 billion), delays in payment by utilities (approximately Rs 190 billion), and lack of a robust payment security mechanism.  The regional or national level of load management following the merit order despatch will enable discoms to absorb more cheap renewable energy to reduce their losses.  Transmission capacity constraints of the ISTS located in high GHI areas are yet another bottleneck. The cancellations of legally valid contracts, or PPAs, by Andhra Pradesh and payment delays have further dampened investor sentiments. The government would need to systematically remove these constraints.

What have been the high points for the sector?

As of October 2019, India ranked fourth in installed renewable energy capacity. The installed capacity has increased at a fast pace over the past few years. The focus of the government has shifted to clean energy after it ratified the Paris Agreement. With the increased support of the government and improved economics, the sector has become attractive for investors.

What are the biggest opportunities for IPPs in the near and long term?

Despite the constraints, the renewable energy sector has big potential to grow due to the falling tariffs. Investments are also expected in the manufacturing of solar cells and panels. It is further expected that demand for electric vehicles and hydrogen power will grow rapidly in the near future to combat air pollution and address climate change. The renewable energy sector will play a significant role in the charging of battery-operated electric vehicles as well.

What steps can be taken to address investor concerns?

The government is taking appropriate steps. The finance minister has stated that India will honour contractual commitments under various energy agreements especially in the renewable energy sector. Therefore, investors should not worry about building capacities in India. The country has set an ambitious target of achieving 175 GW of renewable energy by 2022. Therefore, huge investments are required to meet the target in the next three years.

How can the challenge of poor discom financials be tackled?

The discoms need to regularly revise tariffs and, in parallel, make all efforts to reduce input costs. They will have to increase the procurement of cheap renewable energy by ramping down thermal generation and make the entire system as smart as possible to reduce losses.

What are the possible ways to improve IRRs and attract more funds into the space?

Ensuring the availability of cheaper debt, a robust payment mechanism, timely payments and AAA rating for the sector are some of the ways to improve IRRs and attract more funds.

What has been ACME’s experience in the rooftop solar and hybrid space? In your opinion, do these segments offer enough potential?

We have a 30 MW rooftop solar project in Punjab. This segment has a lot of potential in India. Rooftop systems have also become fairly affordable. However, the progress in this segment has been quite slow compared with the utility-scale solar segment. Apart from a lack of awareness, managerial issues and delays in subsidy disbursements create significant challenges in uptake. Another issue that needs to be tackled is the lack of innovative business models for large rooftop plants that can serve the interests of aggregators, developers as well as discoms.

How would energy storage change the dynamics of the sector?

Solar energy storage systems (ESSs) are going to be the next big market opportunity. Currently, the cost of ESSs is high and therefore can be economically used only for improving the quality of power, such as for frequency regulation and meeting peak load, and not for supplying power during non-solar hours. The Bloomberg New Energy Finance has forecasted a rapid decline in lithium battery costs. Low tariffs will create a big market for ESSs. We see this happening within the next five years. After being used in electric vehicles, lithium batteries can be used for storage application and power supply. The cost of such power would reduce further as the battery costs would have been recovered.