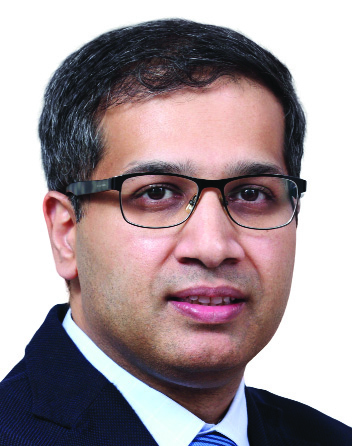 India, one of the fastest growing economies in the world, aspires to be a $5 trillion economy by 2024. A prompt reaction to this would be a query whether India wants that $5 trillion economy to be based on sustainability indices or it wants an economy with high greenhouse gas emissions. At this juncture, where climate change is a pressing issue globally, the ultimate aim of an economy should be to provide equitable opportunities for its citizens with sustainability indices, which also include green economy. Economic growth requires significant energy investment in manufacturing, education, healthcare and transportation, among other pillars of growth. The solution to this is renewable energy and, more precisely, solar, which is the only viable, abundant and sustainable option.

Fortunately, India has chosen a path that promotes sustainable development. It is betting big on renewables with the aim of building 450 GW of renewable energy capacity by 2030. Most of it will come from solar, with a short-term target of 100 GW of solar by 2022. Solar is the fastest growing source of new energy worldwide, driven by cost reductions and concerted government policy efforts. A recent forecast suggests that the world’s total renewable-based power capacity will grow by 50 per cent through 2024, an increase of 1,200 GW, which is equivalent to the current total power capacity of the US. India has witnessed a compound annual growth rate (CAGR) of 65 per cent in large-scale solar capacity addition over a three-year period since 2015 and a CAGR of 68 per cent in rooftop solar capacity addition for the same period. These numbers demonstrate the impressive growth story of solar in India, which is likely to continue. Like any other disruptive technology, which results in innovation and creativity, and spurs economic growth, solar, too, has started generating the same results in the Indian power sector.

Who would have believed a decade ago when tariffs used to be as high as Rs 17.91 per kWh, that there would be a day when solar energy of much better efficiency would achieve grid parity, but this is the ground reality today. Solar helps in infusing the green coefficient into the grid, which is dominated by thermal-based generation, and also helps in reducing the power purchase cost burden on ailing discoms. Further, benefits like improved bottom line, clubbed with energy independence, have made solar an attractive option for industrial and commercial customers that are leading the country’s distributed solar deployment. Globally, distributed solar capacity is estimated to increase by 250 per cent and reach 530 GW by 2024.

Policy benefits initially introduced by the government may steadily be withdrawn in the future. The technological solution to replace such policy benefits has already emerged in the form of hybrids of solar and wind as well as solar and storage, among other variants. With the Supreme Court’s directives to phase out diesel-based generator sets, empower regulators to specify renewable purchase obligations (RPOs) and ensure strict adherence of the same by all, these solutions will find wider acceptance across states sooner or later.

Distributed solar has its own inherent benefits for distribution companies and must be encouraged with policy incentives. Such installations help balance demand, decongest the distribution network, avoid costly purchase from conventional generators in the long term, fulfil discoms’ RPOs and reduce transmission and distribution losses (by reducing line and commercial losses). Acknowledging the need for policy support to give a fillip to distributed solar in the country, policymakers have come up with initiatives like Phase II of the subsidy scheme to support the grid-connected solar rooftop programme and the Kisan Urja Suraksha evam Utthaan Mahabhiyaan. The cabinet committee has earmarked a huge sum of more than $1.7 billion for these schemes which are already under active implementation.

A distributed grid provides the benefits of a microgrid. Considering that solar has a higher reliability index than wind, it is the right choice for a distributed grid in combination with smart grid and energy storage options. Moreover, the falling solar panel and storage prices, and the convergence of “solar”, “storage” and “energy management”, are further expected to increase the pace of distributed solar deployment in India. Microgrids, sooner or later, will be mandated as installations of strategic interests since the conventional way of connection to the grid exposes it to cybersecurity risks. Microgrids will also ensure reliable, safe and uninterrupted operations. With multilateral agencies supporting distributed solar, its faster adoption across states is inevitable and this segment looks like India’s best bet to achieve its ambitious target of 450 GW by 2030.