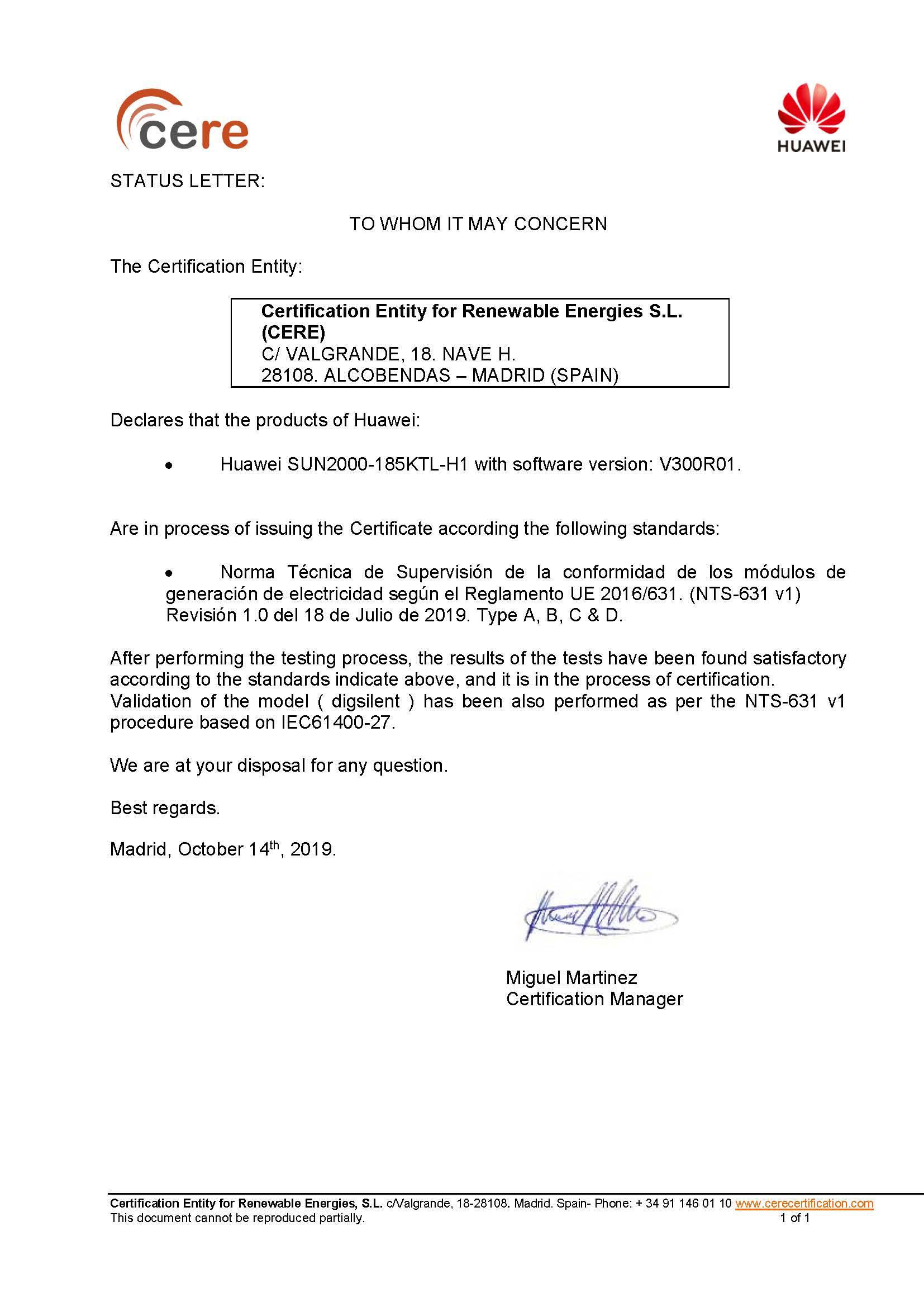 NTS is the acronym of the “Norma técnica de supervisión de la conformidad de los módulos de generación de electricidad según el Reglamento UE 2016/631. Published by Red Eléctrica de España (REE) on July 18th, 2019”. This document compiles the mandatory tests needed to prove compliance with the EU 2016/631 and its Spanish adaptation. In Europe the Commission Regulation (EU) 2016/631 establishes the grid code requirements for generators,harmonizingthem within Europe. The Spanish adoption of the EU 2016/631 is based on the requirements established by REE and AELEC.

The accredited test procedure has been implemented by CERE, entity accredited for testing and certificationaccording to more than 40 different standards.CERE is the first entity accredited according to NTS. The inverter selected for being testedwas the highly advanced Huawei SUN2000-185KTL-H1. The requirements tested correspond to type D, which is the most restrictive case. Thus, the 185KTL-H1 will be able tobe installed in any type of PV plant (types A, B, C or D) in Spain since all the tests have been passed with high level of compliance.

As a leader in global network energy solutions providersdriven by customer-centric innovation, Huawei continues to lead the solar industry. The Huawei SUN2000-185KTL-H1 inverter has been used commercially for more than 2GW around the world. Huawei will continue to monitor theevolution of international grid code requirements, adapting its technology accordingly.