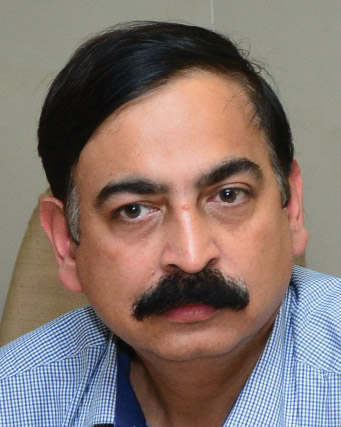 Manuj Singhal began his career with NTPC Limited in 1994 and later joined the Department of Telecommunications in 1996 through the Indian Engineering Services. Since 2014, he has been serving as Chief Engineer (Electrical) with the Delhi Metro Rail Corporation (DMRC). In this role, he has been involved in strategic planning, and coordination of electrical works for Delhi metro Phase III, tendering and contracting for electrical works for the Delhi metro and other metro systems handled by DMRC.

Singhal has been spearheading DMRC’s green initiative for meeting its electrical energy requirements. This includes solar rooftop installations on metro stations and designing of metro stations that conform to green building norms. He has played a key role in executing 28 MWp rooftop solar plants for DMRC  and coordinating with the MNRE and SECI for arranging central financial assistance.

His key assignments includes finalising the procurement of 345 MUs of solar energy per annum from Rewa Ultra Mega Solar Limited (RUMSL) at a levellised tariff of Rs 3.30 per unit. He led the DMRC team through an intense, year-long deliberation with the International Financial Corporation (an arm of World Bank) and RUMSL. There are still some regulatory challenges that remain. Once these are overcome, DMRC will become the first metro to procure solar power on a RESCO basis through interstate open access. Power from the plant is likely to be available to DMRC from April 2019. The success of this project will open up new avenues for the use of affordable clean energy in the commercial operations of power-intensive industries.

According to Singhal, renewable energy has resulted in a paradigm shift in the availability and affordability of power. Renewables are the future of power, and solar energy is critical in combating climate change and global warming, and ensuring energy security.

Singhal obtained an electrical engineering degree from the Delhi College of Engineering in 1993, and followed it up with a Master’s in Instrumentation and Control. He is a Fellow of the Institution of Engineering and Technology and is on various standardisation committees of the Bureau of Indian Standards. On the personal front, he says he maintains a healthy work-life balance, starting his day early with yoga and a walk. He likes to spend time with his family and enjoys playing badminton. He follows the philosophy enshrined in the Gita, “Karyam karomi na cha kinchit aham karomi” (Whatever is to be done I do, but in reality, I do not do anything).