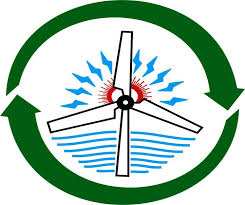 The scope of work includes development, O&M of the projects, as well as supply of power at the effective tariff as per the draft PPA.

According to the tender guidelines, the projects can be set up on ground, rooftops, reservoirs, canal-tops, as well as on a combination of these after obtaining due approval from the concerned authorities.  Further, the projects can be developed on build, own and operate basis under open category. A single bidder must bid for a minimum of 20 MW and can bid for a maximum capacity of 100 MW.

The districts identified for setting up these projects are Gajendragad, Maski, Kuragodu and Gurmatkal talukas. This 100 MW tender has been issued as a part of the development of 200 MW capacity of which bids for the remaining 100 MW are likely to be issued under the next phase. The last date for bid submission is November 12, 2018.

According to the amendments in Karnataka’s solar policy 2014-21, the state has increased its solar capacity addition target to 6 GW by March 2022, from its previous target of 4 GW. Moreover, Karnataka has decided to limit the installed solar power capacity in each taluk to 200 MW with the exception of rooftop solar in order to avoid grid congestion.