India achieved its ambitious goal of 100 per cent village electrification in April 2018. As per the Ministry of Power’s definition, a village is considered to be electrified when at least 10 per cent of its households and all its public places are electrified and basic infrastructure, like distribution transformers, is in place. Hence, 100 per cent village electrification is by no means a true reflection of the power scenario in the country. This is evident from the fact that a large percentage of India’s population still has no access to electricity. So far, 87 per cent of the Indian households have access to electricity while the remaining households are scheduled to be electrified by the end of this year, a plan that seems highly unrealistic at present.

Decentralised generation units such as microgrids are a feasible option for providing electricity access to households in such remote locations. In fact, the unavailability of power in several remote locations and unreliable power supply in urban regions make India an attractive market for off-grid and grid-connected microgrid solution providers. While the majority of households rely on diesel generators for power backup, microgrid solutions based on solar photovoltaic (PV) with energy storage are being increasingly adopted in many areas of the country.

A solar microgrid consists of one or many solar PV generation units and can be coupled with an energy storage solution, a diesel generator, or other energy sources. It can be operated either connected to the main power grid as well as in islanded or self-sustaining mode. Typically, microgrids do not have power transmission capabilities and are not geographically spread out. Islands, remote communities, industrial or commercial establishments, defence establishments and certain urban communities can benefit from such solutions. Apart from providing access to electricity, solar microgrids result in operational savings through reduction in conventional power use, reduce investments in transmission and distribution infrastructure, and help meet renewable purchase requirements.

A solar microgrid when coupled with energy storage provides round-the-clock power, even when solar radiation and grid power are not available. Commercial establishments can reduce their electricity bills by using the stored solar power when the tariff is higher. Rapidly declining battery prices, combined with increasing solar deployment, have made microgrids a viable solution that can deal with the intermittent solar generation.

Large-scale microgrid deployment faces certain constraints. These include the capital-intensive nature of the projects, policy fluctuations, implementation challenges and lack of awareness. In addition, consumers in rural areas who get highly subsidised grid power are reluctant to pay for the more expensive microgrid power. No economically feasible model has been developed so far that can be replicated all over the country.

To address some of these challenges, the Ministry of New and Renewable Energy issued a draft national policy for renewable energy mini-and microgrids in 2016, with the aim to develop up to 500 MW of capacity in the private sector by 2021. The draft policy proposed the regulation of prices for microgrid projects while providing tariff determination flexibility to operators. It allowed provisions for single-window clearances for regulatory approvals and right of way, and for the availability of information on taxes and exemptions. It also directed the formation of local village committees to ensure greater adoption, payment collection and faster dispute resolution. The policy, though a step in the right direction, has still not been finalised.

Apart from addressing power availability issues, microgrids can become a source of additional revenue for remote communities as surplus power can be sold to the main grid. However, the successful implementation of microgrids depends on the business model, which needs to provide clarity and stability to investors. Going forward, an enabling policy and regulatory environment is required to exploit India’s huge potential for microgrids, and address the power concerns in remote areas.

Based on a presentation by Sandip Sinha, Vice-President, Microgrids, ABB India 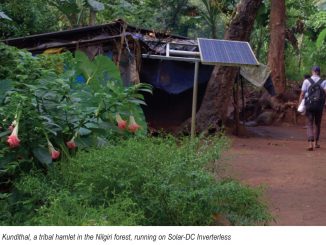 September 2017
Rural India, home to about 833 million people, is gradually ushering in new growth opportunities for the corporate sector, and is set to become a vita...
More 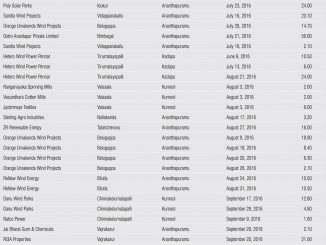