Commercial and industrial (C&I) customers have been adopting rooftop solar projects to reduce their electricity bills and meet their climate commitments. There are broadly two key models for the development of rooftop solar projects — capital expenditure (capex) and operating expenditure (opex). This article provides an overview of the capex model, covering its cost trends, key challenges and policy suggestions based on inputs by industry stakeholders.

The capex model is essentially the engineering, procurement and construction (EPC) mode of project development, in which the entire investment is borne by the customer who owns the asset. The cus­tomer also pays separately for operations and maintenance (O&M), being responsible for the performance of the rooftop solar plant. The customer is also responsible for obtaining regulatory app­rovals. The payback period for the investment is typically around four years. The customer can also avail of accelerated depreciation under the capex model. This incentive is not available under the op­ex model, wherein the entire investment is incurred by the developer.

“We approach our customers as energy co­nsultants. We understand the needs and provide solutions for reducing their operating expenses by setting up rooftop solar systems and battery solutions. Apart from reducing their electricity bills, we help them meet their climate go­als,” says Rajan Kapahi, executive vice pre­sident, sales and marketing, Jakson.

“Sometimes the customer is not willing to incur a high investment in the rooftop sol­ar system and opts for the opex model. In that case, a tripartite agreement is signed whereby the channel partners have mon­th­ly billing arrangements with the custo­mer and give the project responsibility to the EPC player,” he adds.

The C&I rooftop solar space primarily be­came popular due to the entry of developers providing the opex or renewable energy service company model. In this model, there is zero upfront investment by the customer in the rooftop solar project. The customer only pays for the el­ec­tri­city consumed, which is almost alwa­ys lo­w­er than the grid tariff, and thus starts saving from the first day itself. The savings can range from 5 per cent to 50 per cent depe­nding on factors such as state grid tariffs, the type of metering and the technology used. Moreover, in the opex model, the customer does not spend on O&M, which is the responsibility of the developer. Given the absence of financial and regulatory risks, the opex model became the preferred ro­ute for many customers. This brings us to the question that why are some developers still working in the EPC space?

According to Pratik Bhatt, AVP, sales and marketing, InSolare Energy, the choice between the opex and capex models de­pends on the project size. Customers with large capacity demands prefer the opex model due to the high initial investment required to set up the plant. The decision also depends on the risk appetite of the customer. He adds that several innovations are taking place in the capex model such as the EMI mode of payment and the lease model, giving more options to the customer.

“There are several benefits of the capex model in rooftop solar development. Pre­viously, the cost of electricity from a roof­top solar system used to be high. Now, it has redu­ced to around Rs 5.5 per kWh. Therefore, due to savings in electricity bills, the payback period has decreased to three-and-a-half to four years. More­ov­er, there is a warranty of 25 years on the system, which reduces the risk for consumers,” says Kapahi.

While the payback period may be decreasing, the issue of high upfront cost remai­ns. This deters some customers from opting for the capex model. However, accor­ding to Kapahi, ignoring recent issues such as imposition of basic custom du­ti­es, supply chain disruptions and inc­rease in commodity prices, which have in turn increased solar module costs, the EPC cost of roof­top solar systems has been decreasing over the past few years. An EPC player like Jak­son may face fewer risks of supply chain disruptions as they have an in-house manufacturing capability of solar modules.

Before the onset of the pandemic and the imposition of tariff and non-tariff barriers, the Indian renewable energy industry was enjoying reduced technology and project costs. However, in the past two years, there has been a significant increase in the capital cost of projects primarily due to the increase in the cost of solar modules, which is hurting rooftop solar EPC players.

“Primarily due to the imposition of basic custom duties (BCDs) and disruptions in the global market, the rooftop solar EPC cost has increased from Rs 40,000-Rs 43,000 per kWh to Rs 50,000-Rs 52,000 per kWh. Of this, Rs 30,000-Rs 33,000 per kWh is the cost of modules and the remaining is the balance-of-system cost. The po­ly­silicon module, which earlier cost around Rs 19.5 per Wp, now costs ar­ound Rs 25 per Wp,” says Kapahi. Even though Jak­son uses its in-house manufactured solar modules, it still has to im­port solar cells and is impacted by BCDs. Another key parameter for the increase in capital costs has been the rise in commodity prices, wh­i­ch, according to Ka­pa­si, is responsible for a 15-20 per cent increase in costs.

“The EPC cost of a rooftop solar system is around Rs 50,000 per kWp plus 13.8 per cent GST. It varies depending on system de­sign, type of roof (RCC or tin sh­ed), mo­dule mounting structure (standard hei­ght or superstructure) and price of material at a given point of time,” says Bhatt. He adds that the module cost covers 60-65 per cent of the project cost, with other components and services acc­ounting for the remaining. Overall, material cost and effici­ent system design with optimum output are the key drivers that have changed the EPC costs of roof­top solar projects over the years. “The cost trend varies a lot bas­ed on the material price, especially modules. With advancement in technology (mono PERC and mo­no bifacial) and high output voltage panels with the inclusion of basic customs duty on imported modules, prices are at an all-time high considering the past three years,” says Bhatt.

The cost trend varies a lot bas­ed on the material price, especially modules. With advancement in technology (mono PERC and mo­no bifacial) and high output voltage panels with the inclusion of basic customs duty on imported modules, prices are at an all-time high considering the past three years – Pratik Bhatt, InSolare Energy

As per a case study posted in October 2021, Loom Solar shared the cost of a 10 kW offgrid rooftop solar system undertaken for its client, Prativa Enterprises. The cli­ent opted for a rooftop solar system be­cau­se of the issue of regular load shedd­ing and the high cost of grid electricity. Ac­c­ording to the data provided, the ap­p­roximate cost of a 10 kW rooftop solar system is in the range of Rs 900,000-Rs 960,000. The share of different compone­nts in the total cost is as follows — solar panel (Rs 400,000), solar inverter (Rs 180,000), solar battery (Rs 148,000), panel stand (Rs 40,000), solar wire (Rs 30,000), installation accessories (Rs 80,000), installation cost (Rs 32,000), other necessary items (Rs 50,000). These costs are for a small project. When the capacity of the rooftop solar project increases, its cost falls due to reduction in the cost of inverters. “For our rooftop solar projects above 2 MW capacity, the EPC cost falls to Rs 48,000 per kWh,” adds Kapahi.

Meanwhile, O&M accounts for 1 per cent of the total EPC cost of a rooftop solar project. “Artificial intelligence tools are hel­ping us save costs as the downtime of the sy­s­tem is reduced even if it leads to an inc­rease in initial O&M costs. There is a Rs 6,000-Rs 15,000 per MW increase in the O&M cost depending on the advanc­ed technology deployed,” says Navdeep Sin­gh Ahuja, associate vice-president, solar O&M, Jakson.

Artificial intelligence tools are hel­ping us save costs as the downtime of the sy­s­tem is reduced even if it leads to an inc­rease in initial O&M costs. There is a Rs 6,000-Rs 15,000 per MW increase in the O&M cost depending on the advanc­ed technology deployed – Navdeep Sin­gh Ahuja, Jakson

The four key challenges according to Bh­att are, “One, space availability on the roof without obstructions, with proper sha­­dow and orientation and tilt angle of roof with respect to the southern direction. Two, placement of inverters from solar PV panels with preference for the least distance to avoid DC current losses. Three, to ensure minimum distance bet­ween inverters and point of power evacuation to avoid AC current losses. Four, availability of spare feeder for power evacuation.” An­other key challenge is that the C&I rooftop solar EPC market is unorganised, with few players providing good quality projects. The competition in this market is also se­ve­re, leading to thin margins. As a resu­lt, some unorganised players compromise on the safety of the personnel and the quality of projects. “Aware­ness is lacking in the segment among many unorganised players on how to produce good quality projects and take pro­per safety protocols. There is a big challenge of retaining profitability. The timely execution of projects is key to maintaining good margins. But if the project execution timeline is extended from the customer’s end, it would adversely impact the EPC players,” says Kapahi.

While many of these challenges will have to be addressed at the EPC player’s end, the government also needs to introduce some policies and provide an impetus to the segment. The net metering limit shou­ld be increased to 1 GW. Moreover, there sh­ould be a relaxation on BCDs so that EPC players can control module costs, especially when commodity prices are al­re­a­dy unstable. There should be a common policy throughout the country and the government should clearly define the path forward for the next five years.

January 20, 2022
The solar energy industry in India is expanding, with the installed capacity increasing by 11 times between 2014 and 2019, according to the statistics...
More

November 11, 2022
DIF Capital Partners, a Dutch investment management company, has agreed to pay €150 million for the majority of the shares of Swedish solar company ...
More 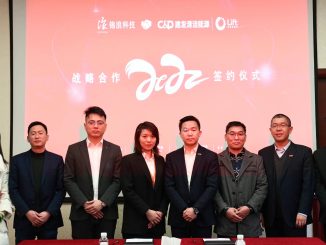