The renewable energy sector has witnessed a number of innovative policy initiatives to promote uptake. A key initiative to resolve the issue of intermittency in renewable energy and promote grid stability has been to shift from vanilla solar or wind projects to hybrid, assured peak po­wer and eventually round-the-clock (RTC) tenders. An overview of different RTC tenders (1 to 3), key policy initiatives, and the future outlook…

In a bid to promote the grid-connected so­lar power segment, a provision for bun­d­ling was introduced in the first phase of the National Solar Mission. Under this scheme, expensive solar power was bun­d­led with cheaper power from non-rene­wable energy sources, including thermal power generated at NTPC’s coal-based stations. There were other policy interventions that assisted in the reduction of risks associated with solar and wind po­wer projects. These included advanc­ed arran­ge­ment of land, and evacuation through solar parks, green energy corridors, and 25-year po­wer purchase agreements with an elaborate mechanism for risk apportionment and compensation, payment se­cu­rity.  The tariffs for solar and wind po­wer projects subsequently fell; in fact, th­ey went even lower than the tariffs for non-renewable energy/thermal power projects owing to such de-risking policy in­itiatives. Economies of sc­ale, technology advances and the avail­ability of abundant and cheap finance also helped bring down renewable energy tariffs. These fa­c­tors resulted in the ra­pid expansion of re­newable energy capa­city, especially solar and wind, in both the public and private sectors. 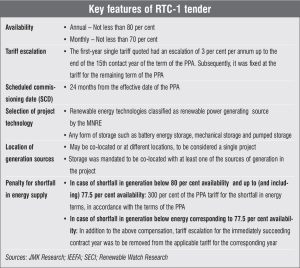 While the increasing uptake of renewables was indeed a positive development, certain fundamental issues needed to be tackled, especially with regard to the intermittent and unpredictable nature of rene­wable energy and low capacity utilisation of the transmission system. These issues beca­me more pronounced when the grid had to absorb large-scale renewable projects. To resolve these issues, distribution companies had to arrange for balancing power to ensure grid stability during the non-availability of renewable energy. Giv­en that the utilities’ were already facing ac­ute financial stress, having to ensure grid stability as well made the case for reverse bund­ling even stron­ger. In this scenario, it was envisaged that cheaper renewable energy would be bundled with relatively expensive non-renewable energy, including coal-based thermal power, and sold to discoms round the clock, thus alleviating their woes to some extent. 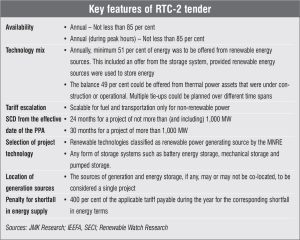 Accordingly, the Ministry of Power issued the “Guidelines for tariff-based competitive bidding process for procurement of round-the-clock power from grid-connected rene­wable energy power projects, compleme­nted with power from any other source or storage” on July 22, 2020. Acc­ording to the ministry, the guidelines were issued with the objective of providing RTC power to discoms to facilitate the scale-up of renewables, economies of scale and re­newable purchase obligations compliance.

Before the RTC tenders were floated, the government, through the Solar Energy Cor­poration of India (SECI), had started a transition to renewable-plus-storage tenders in 2016. Later, in August 2019, SECI issued a 1.2 GW tender for re­newable-plus-storage projects with an assured peak power supply. In January 2020, the auction took place and Greenko and ReNew Power won 900 MW and 300 MW at a peak tariff of Rs 6.12 per kWh and Rs 6.85 kWh respectively and off-peak tariff of Rs 2.88 per kWh. Then, in October 2019, SECI issued the RTC tender for the first time, called RTC-1, with a capacity of 400 MW. ReNew Power won the entire capacity of this auction at a tariff of Rs 2.90 per kWh for the first year. 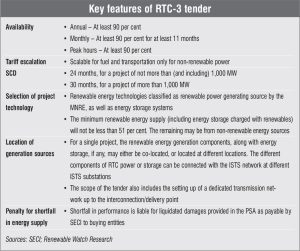 Keeping the momentum going, SECI issued the ambitious RTC-2 tender for 5,000 MW of capacity in March 2020, with bu­ndled renewable and thermal energy. However, in December 2020, the tender’s capacity was halved. The lowest tariff of the RTC-2 auction was Rs 3.01 per kWh, quoted by Hindustan Thermal Projects for 250 MW capacity. The auction was concluded but SECI had asked other developers to match the L1 tariff, and just 250 MW was awarded finally. After a gap of around two and a half years, SECI relea­sed its RTC-3 tender in September 2022 with an aggregate capacity of 2,250 MW. The power procured by SECI from the projects will be sold to MPSEZ Utilities Limited. The tender provides for incentives such as accelerated depreciation, co­n­­cessional customs and excise duties, and tax holidays.

While the policy push to promote RTC power is impressive, some issues and concerns have been highlighted by several se­ctor stakeholders. One, the high cost of energy storage implies that its use will be minimal and focus will primarily be on re­newables and thermal power. Two, supp­ly chain disruptions, duties and taxes ap­pli­cable on solar components, and inc­rease in input costs may hike the cost of solar and renewable energy projects. This puts a question mark on whether the discoms will be willing to buy it. Three, there are concerns regarding the complicated nature of rules and provisions for RTC tenders, making the task of the developer te­dious and prone to stringent penalties.

Issues notwithstanding, RTC tenders are the future of India’s clean energy landscape and more such tenders are awaited by the industry. In fact, corporates are also demanding RTC power from deve­lop­ers, making the segment all the more interesting. 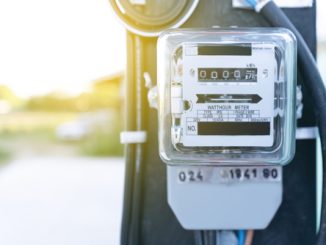 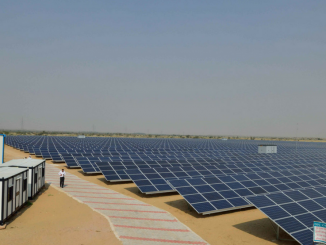 December 30, 2021
NTPC Limited has issued a request for proposals for the three year operation and maintenance (O&M) of its 260 MW solar project in Rajasthan’...
More