Commercial and industrial (C&I) solar developers in India face the good and bad of government policies and yet continue to thrive. One such developer is SunSource Energy. In an interview with Renewable Watch, Adarsh Das, co-founder and chief executive officer, SunSource Energy, shares some of the recent developments in the company, his perspective on key challenges and policy progress, and suggestions for the government. Excerpts…

When did the company start its operations? What was the key motivation to start a new venture?

The company was established in 2010 by me and Kushagra Nandan. After having worked in the US solar energy industry for over a decade, we decided to return to India and start our own venture. In the US, we had observed a shift in focus towards distributed solar. Therefore, at SunSource Energy, we primarily focused on the solar power requirements of C&I consumers. We had anticipated early on the huge po­tential of the segment to meet India’s re­newable energy ambitions. The C&I segment contributes 50 per cent to the global electricity demand. Therefore, ma­king th­is segment clean is key to reducing greenhouse gas emissions. On the policy side, the launch of the National Solar Mis­sion was a shot in the arm.

What is the current portfolio of the company?

The current portfolio is 400 MW, which includes both operational projects and projects in the pipeline. Of this, there are over 100 MW of rooftop solar projects and the remaining are open access projects. Our target is to have a portfolio of 1 GW latest by 2026.

What have been the company’s recent financing deals?

In May 2021, SHV Energy, a Dutch multinational energy major, acquired a majority stake in SunSource Energy. With this in­vestment, SunSource plans to increase its solar portfolio in the C&I segment. Under this transaction, the original investor, Neev Fund, which is promoted by SBI and the UK government, made a successful exit.

Recently, in February 2022, SunSource En­­ergy entered into a project financing agreement with SunFunder, an internatio­nal solar finance company, for an in­vest­ment to enable its growth in South­east Asia. The investment will be used to provi­de project financing for an industrial solar installation in Thailand.

India’s finance industry was not ready for the C&I market until around 2016-17. This changed when the likes of the World Bank started to give credit lines. Under the Wor­ld Bank’s credit line, we have undertaken projects worth Rs 2 billion-Rs 3 billion. So, we have a track record with both debt and equity financing.

What are the key challenges being faced by C&I and open access players?

Uneven policies across states have al­ways been a reality that open access pl­ay­ers need to work with. The regulatory fra­mework across states for open access varies based on the different policies, and is implemented in different ways. Till re­cently, the government’s focus naturally was on utility-scale projects due to the be­nefits of scale, which has reaped benefits in the form of the industry size we have today, but in the recent past, open ac­cess has also been in focus. This is visible through several initiatives including the green electricity rules.

A key systemic challenge for developers will continue to be finding capital for customers with a weak credit profile. We do ma­ke the effort to review creditworthy cli­ents internally, when they do not have an external rating, but most developers do not have the resources to do this. Arran­ging debt finance that helps reduce cost of capital is a challenge in India. Interna­tional lenders look at a range of factors that make project finance viable only at larger scale.

For a country of our size and with a federal structure, regulations are a challenge. A democracy requires time for consensus to form, and also with electricity as a concurrent subject, in some instances, the central government’s policy impetus is translated at the state level in different ways.

With respect to open access, the key is­sues are banking restrictions and limitations in net metering in a centralised way.

Over the past one to two years, there has been an increase in the cost of production due to a global increase in equipment and commodity prices and domestic policies such as ALMM, BCD and GST. These factors increased the volatility of the segment, but are perhaps justified given the government’s efforts towards indigenisation of s­u­p­­ply chains. Hopefully, many of these ch­a­n­ges are behind us. Irrespective of the cha­llenges, given the growth drivers we remain upbeat regarding the future outlook.

Over the past one to two years, there has been an increase in the cost of production due to a global increase in equipment and commodity prices and domestic policies such as ALMM, BCD and GST

What are the key drivers of growth in the C&I segment?

In the past 10 years, there has been a ma­ssive improvement in the credit profile of customers, which has been a key driver for the success of the segment. In additi­on, corporates now have real climate co­m­­mitments that they have to deliver. Fur­ther­more, the power demand is growing and C&I accounts for a substantial share of this demand. While the C&I market had slowed down in 2020 due to the pandemic, it is growing rapidly now.

What is your view on the recently released Green Energy Open Access Rules, 2022?

This policy should be a big driver for the C&I market. By reducing the open acc­ess threshold from 1 MW to 100 kW, the government has given the opportunity to multiply the open access market manyfold. This is because corporates with go­od credit profiles are available. They are looking to use the open access route for small quantities. The adoption of the Gr­een Op­en Access Rules at the state level will be key for this mechanism to work. Another key initiative within these rules is the streamlining of the overall approval pro­cess for granting open access. A na­tional portal has been mandated, which will provide time-bound processing by bringing uniformity and transparency in the application as well as approval of open acc­ess. Cen­tralised tracking and ma­king sta­te discoms answerable for the applicatio­ns received by them for open access is a positive move. These rules may also lead to better visibility of tariffs as the regulatory bottlenecks will be fewer. Again, at the end of the day, what matters is how the sta­tes implement these rules.

Which states are considered favourable for the development of C&I and open access projects currently?

States are considered favourable first ba­sed on high demand and then on conducive policies, the visibility and efficiency of a policy matter. Many highly industria­li­sed states such as Maharashtra, Karna­taka, Tamil Nadu, Gujarat and Uttar Pra­de­sh have taken the lead in the open acc­ess segment by coming up with favour­able policies. Several other states are re­alising the importance and potential of open access and are joining the list.

Are your clients demanding round-the-clock (RTC) power? How well is SunSource Energy prepared to meet their needs?

Yes, many of our clients are demanding RTC power. The move towards RTC po­wer is visible and inevitable especially be­cause scheduling becomes an issue with renewables transmission. In the long run, with supportive policies and declining storage prices, RTC will become possible, but at this time consumers can procure 20-70 per cent or so of their energy needs from renewable energy. There is a need for better clarity on the definition of RTC power going forward, which we also belie­ve will emerge over time. Wind-solar hy­brid is a step in this direction.

What has been your organisation’s experience with storage projects?

We have some past experience with storage projects. However, things in the storage space are evolving very fast and we are also actively considering various op­tions. Watch this space for more interesting developments.

As a developer, what is your view on the domestic manufacturing of solar components?

There is no doubt that domestic manufacturing is needed. But success in this field requires a long-term vision on improving the quality of their products through technology advancements. At present, many Indian manufacturers have this mindset, but it would need to expand to the larger manufacturing ecosystem as well.

What will be your three suggestions to the government?

The Indian government has been extre­mely supportive to the solar industry and the recent Green Open Access Rules are a shot in the arm for the industry, especially those looking at the C&I market. We are confident that the government will continue its industry-friendly stance. Some suggestions for the policymakers are:

One, the government can strive for more uniform implementation of its policies across states. Two, amendments to the Electricity Act may be implemented as it could put renewable energy, storage and other newer innovations that have emer­ged in the power sector on a firmer, law-based footing. Three, a policy ins­pired by the FERC Order No. 2222 of the US may be implemented in India based on Indian conditions. This order allows the participation of distributed energy in all regional organised wholesale electri­city markets.

October 3, 2022
The Maharashtra State Electricity Distribution Company (MSEDCL) has floated bids for the long-term procurement of energy generated from 500 MW of grid...
More 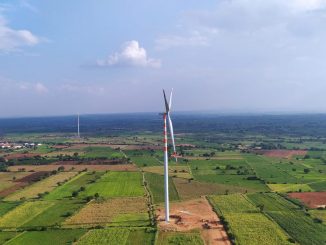 May 25, 2022
The winners of the Solar Energy Corporation of India’s (SECI) auction (Tranche-XII) for the 1.2 GW interstate transmission system (ISTS)-connect...
More