For a 100 MW solar photovoltaic (PV) project in Greece, the UK-based solar energy developer Cero Generation has selected Ameresco Energy Hellas and Sunel Group as its partners. Greece’s Prosotsani Drama region will be responsible for the construction of the Delfini solar PV project. According to reports, it is the first solar project in the country to use a power purchase agreement and not receive any form of government subsidy on electricity expenses.

The Delfini facility is currently under construction; completion is anticipated for the third quarter of 2023. Once completed, the project will be able to produce 142 GWh of renewable energy and offset 63,000 tonnes of carbon dioxide emission a year. Engineering, procurement, and construction (EPC) for the solar PV project is handled by the joint venture Ameresco SUNEL Energy. Additionally, Cero stated that the Delfini project had reached financial close. The London-based company supports the move toward a net-zero future by operating throughout Europe. 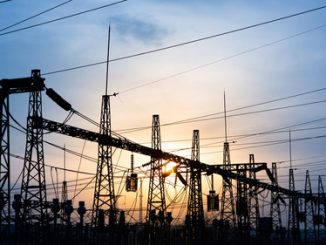 August 5, 2022
Hitachi Energy, based in Switzerland, has been awarded a contract to provide a transmission solution for SuedLink DC4, a high-voltage direct current (...
More