Despite being endowed with power generation resources, Jharkhand has very little installed capacity at just 2,483 MW. It lags far behind its neighbouring states of Bihar, West Bengal, Odisha, Chhattisgarh and Uttar Pradesh, even though Jharkhand has the largest coal reserves in the country. According to the Ministry of Coal’s investigation up to a maximum depth of 1,200 metres, the state has the highest proportion of coal reserves at 83,152 billion tonnes. The magnitude of coal mining in the state can be assessed by the fact that coal mining taxes and royalties contribute to around 8 per cent of the state government revenue. Jharkhand employs around 300,000 people in the coal mining industry. Due to the ease of access and cash payment, the locals have become heavily dependent on coal mining activities for their livelihood.

Thus, there is a significant untapped po­tential in Jharkhand for the development of clean energy sources like hydro, so­lar and biomass. The Jharkhand Renew­able En­ergy Development Agency (JREDA) is an autonomous body that functions for the development and deployment of new and renewable energy resources in the st­a­te. JREDA is a state nodal agency for the implementation of renewable energy projects through available financial incentives. It also helps in creating public awa­re­ness about the deployment of new and renewable energy systems.

JREDA and other state bodies need to take urgent steps to reduce Jharkhand’s relian­ce on coal and enable its transition to gree­ner energy sources. To this end, the Minis­try of New and Renewable Ener­gy released a total of Rs 66.3 million as central financial assistance to the state go­vernment for the implementation of re­ne­wable energy sc­he­mes and program­mes during the year 2021-22 (up to Mar­ch 16, 2022). However, to improve private sector participation and win in­dustry confidence, it is important to have clear policy direction for long-term investments. Against this backdrop, in July 2022, the Jharkhand government launch­ed its state solar policy.

The Jharkhand Solar Policy, 2022 will be in effect for five years. The state aims to de­ploy a total solar capacity of 4 GW by 2026 across utility-scale, distributed and off-grid solar projects. The Jharkhand go­v­ernment plans to use innovative techni­ques, business models, bidding mechanisms, site planning and collaborations to accelerate solar power deployment. A diverse range of financial and non-financial incentives have been offered under the policy to foster an atmosphere that is favourable to developers and investors. The state will also use bankable power purchase agreement (PPA) structures to strengthen trust among investors.

The policy aims to deploy captive and group captive solar projects in the state. The estimated size of solar parks will be 700 MW, while for non-solar parks, it will be 1 GW. In addition, the state intends to put into operation 400 MW of canal-top solar power projects and 900 MW of floating solar projects. Off-grid solar projects of 280 MW are planned by the state. Solar pumps would be 120 MW, while mini- and microgrids will be 110 MW.

To set up solar power projects based on crystalline technology, the maximum area of land allocated to solar power producer or solar park developer is 2 hecta­res per MW. With trackers, 3 hectares per MW of land will be allocated. The maximum amount of land allocated for thin-film or amorphous solar generating installations, with or without trackers, is 3.5 he­ctares per MW. According to the policy, residential rooftop solar systems and grid-connected solar pumps installed under Com­ponent C of PM-KUSUM will be eligible for subsidies. The government will al­so en­cou­rage domestic manufacturing of so­lar and energy storage products.

To encourage manufacturing in the state, the government will undertake prioritised allocation of land for solar parks based on a long-term leasing agreement. This wou­ld help in the development of solar manufacturing facilities that would accelerate economic growth and help in job creation in the state. For a period of five years, the state would exempt new industrial facilities and solar power project ancillaries from paying their electricity duties.

Solar energy equipment manufacturers will get reimbursement for the state go­ods and services tax. Further, for a period of five years, stamp duty will be com­ple­te­ly waived, customs tax will be paid on inputs used in the production of solar mo­dules and battery storage will be fully reimbursed.

Also, JREDA plans to periodically reduce the minimal eligibility requirement for defining obligated organisations and solar purchase obligation (SPO) goals. To ac­c­o­­m­plish their SPO objectives, the ob­li­gated companies can install rooftop solar panels or adopt market mechani­sms suggested in the policy such as open access and green pricing. The policy provides incentives for investors and developers for developing the solar power sector in the state.

Recent developments in the solar space

In June 2022, the the Damodar Valley Corporation invited bids for the development of 10 MW of grid-connected solar power projects at its thermal power stations in Koderma, Jharkhand. Around the same time, DVC had sought contractors for the installation and commissioning of 30 MW of grid-connected floating solar capacity at its thermal power stations in Jharkhand and West Bengal. The bids for this project are being accepted by the Solar Energy Corporation of India, and the bidding will be closed on August 1, 2022. It aims to set up 30 MW of grid-connected floating solar capacity on raw water reservoirs for DVC’s thermal power plants in Jharkhand (6 MW at Koderma) and West Bengal (14 MW at Mejia and 10 MW at Raghunath­pur).

In the same month, JREDA invited expressions of interest to establish an 18 MW grid-connected solar power project. A renewable energy service company model will be adopted for the project, which will be located in the Giridih So­lar City under the Solar City Program­me. The developer will enter into a PPA with Jharkhand Bijli Vitran Nigam. Further, JREDA has been chosen by the state government to execute and commi­ssion four solar parks. A tender was floated to invite parties to conduct a topography survey, geotechnical investigation and assessment of the social and environmental impact over areas selected for these solar parks. Around 100 acres of land for each of these solar parks has be­en identified in Badadobna, Deoghar; Jili­n­ga, Simdega; Satbarwa in Palamu; and Puregara in Garwha.

For a coal-reliant state like Jharkhand, a state solar policy is an encouraging step to attract private participation. It surely sets a clear foundation for the solar power industry as it moves towards achieving 4 GW of installations by 2026. The policy focuses on the overall development of so­lar covering all project categories – solar parks, rooftop solar, floating solar, canal-top solar, microgrids and solar pumps. Thus, there is a massive opportunity for the development of affordable and scalable business models as the state promotes solar power uptake to make its energy mix greener. 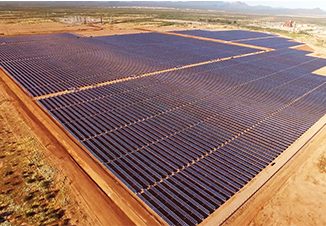 September 6, 2021
Bharat Heavy Electricals limited (BHEL) has invited bids for the supply of balance of system (BoS), installation, testing and commissioning of a 5 MW ...
More 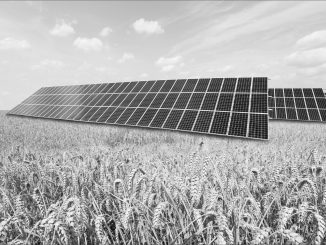 May 5, 2022
The Bihar State Power Generation Company (BSPGCL) has issued a request for proposal (RFP) for consultants to construct 200 to 250 MW solar power proje...
More