With a massive 68 GW of installed power capacity, as of December 2021, NTPC Limited is India’s lar­ge­st power generator, responsible for 17 per cent of the country’s total power generation capacity. Established way back in 1975, this energy major has come a long way over the years, transitioning from fossil fuel-based power generation to hydro and renewable energy sources. While the bulk of NTPC’s installed power capacity comes from thermal power (62.7 GW), the company also has a sizeable capacity of clean energy with 3.7 GW of hydropower and 1.5 GW of renewable energy. Further, NTPC acts as an intermediary procurer where it obtains power from developers and sells it to discoms at a trading margin and has 4,783 MW of renewable energy projects under this mode.

The company further plans to “green” its energy portfolio and aims to reduce its net energy intensity by 10 per cent by 2032. In June 2021, it announced a target to install 60 GW of renewable energy capacity by 2032. In order to achieve this tall target, the company is accelerating its pace of de­p­loyment with a slew of tenders and pro­ject announcements. In addition to its current installed renewable power capacity of 1.5 GW, NTPC has about 2 GW of additional capacity under implementation. Moreover, another 970 MW of projects are being implemented by its joint ventures and subsidiaries.

In order to expand its geographical reach beyond India and become a global renewable energy player, NTPC is collaborating with other organisations on various initiatives. For instance, NTPC has been app­oin­ted as project management consultant for 1,785 MW solar projects in Cuba, Mali, Malawi and Togo under one of the programmes of the International Solar Allian­ce. Further, in October 2021, NTPC signed an MoU with the global energy giant EDF to explore potential power project development prospects overseas and also collaborate on research and development, technical services, and consultancy assi­gn­ments on a global scale.

With this backdrop, the current article focuses on NTPC Limited’s renewable energy initiatives, key tenders and project announcements, and its outlook for the future…

NTPC’s biggest project announcement was in July 2021, when its subsidiary NTPC REL got approval from the Ministry of New and Renewable Energy to set up a mega solar park in the Rann of Kutch in Gujarat with a total capacity of 4,750 MW. The solar park will be developed under Mode 8 (Ultra Mega Renewable Energy Power Park) of the government’s solar park scheme and green hydrogen is also planned to be generated on a commercial scale using renewable energy produced from this park. This mega project will help NTPC to accelerate its renewable energy capacity deployment as it moves towards its 60 GW target.

In the same month, NTPC REL won 335 MW of solar power capacity in the auction for 450 MW of solar projects conducted by Rewa Ultra Mega Solar Limited. The capacity will be set up at the Shajapur Solar Park in Madhya Pradesh. NTPC quoted the lowest tariff of Rs 2.33 per kWh to win a capacity of 220 MW along with 105 MW at a quoted bid of 2.35 per kWh. The power purchase agreement for the same was signed in November 2021. Then, in August 2021, NTPC Limited emerged as a winner in the Solar Energy Corporation of India’s auction for 1,200 MW of interstate transmission system (ISTS)-connected wind-solar hybrid power projects (Tranche IV). The company was awarded a capacity of 450 MW at the lowest quoted tariff of Rs 2.34 per kWh. These important tender wins by NTPC at the lowest quoted tariffs established the company’s strong standing in the renewable energy space. In September 2021, NTPC won the largest capacity of 1.9 GW in the IREDA’s auction for 5 GW of grid-connected solar projects (Tranche III) under the CPSU Scheme (Phase II). This massive capacity win will help the company move closer to its goals.

NTPC has been active not only in winning projects but also is launching many tenders of its own during the past few mon­ths. Interestingly, the company has not restricted itself to one segment but has opted for a range of technologies to di­versify its energy mix. For instance, in the solar power space it invited bids in April 2021 to select developers for setting up 1,000 MW of ISTS-connected solar power projects across India. NTPC Limi­t­ed will be the offtaker of power from these solar plants and use it to replace the pow­er from Solapur and Kudgi thermal power stations. In October 2021, NTPC REL invited EoIs to form strategic tie-ups for sourcing solar modules for a total capacity of 15 GW over a period of five years. More re­cently, in January 2022, NTPC REL issued a tender for 1 GW of ISTS-connected solar capacity including balance of systems and land. The projects can be implemented throughout India.

Apart from wind, solar and hybrids, NTPC is making a mark across various emerging segments as well to become a leader in the entire renewable energy space. It has started implementing projects across diverse segments such as hydrogen, floating solar, energy storage and waste-to-energy (WtE).

Hydrogen: In July 2021, NTPC REL issued a domestic tender to build India’s first green hydrogen fuelling station in Leh, La­dakh. The company is also building a separate 1.25 MW solar plant in Leh to make the hydrogen fuelling station completely green. The tender followed another by NTPC REL and NTPC Vidyut Vyapar Nig­am Limited (NVVN) for fuel cell buses in Ladakh. Moreover, NTPC REL has signed an MoU with the Union Territory of Ladakh for the development of green hydrogen technology in this high-altitude and remote region to promote emission-free transportation.

NTPC Limited also invited global EoIs to set up a pilot project for blending hydrogen into  city gas distribution networks. Upon successful implementation of this pilot project, NTPC is expected to take it up on a commercial scale across the co­un­try.  Moreover, the company is actively exploring the production of green ammonia to decarbonise the fertiliser industry.

Energy storage and round-the-clock po­wer: In June 2021, NTPC Limited invited EoIs to set up 1,000 MWh of grid-scale battery energy storage systems at a single NTPC location or split across multiple NTPC power plants in India. Following this, in January 2022, NTPC REL issued a re­quest for proposal from developers to build ISTS-connected energy storage systems with a capacity of 3,000 MWh and a minimum capacity of 500 MW anywhere in India. NTPC aims to use the energy storage installations on a demand basis during peak and off-peak hours to meet its round-the-clock renewable energy requirement with a wind-solar profile.

In June 2021, NVVN invited EoIs to procure solar and round-the-clock solar bundled with thermal power from NTPC’s 735 MW Nokh solar project in Rajasthan and projects developed by other generators. The power will be sold at Rs 3 per kWh at ex-bus of the Nokh solar project. Further, in November 2021, NTPC Limited and Indian Oil signed an MoU to work together in the field of renewable energy and to jointly explore potential for the delivery of low carbon/renewable energy round-the-clock captive power.

WtE: In November 2021, NVVN signed a Rs 1.8 billion agreement with the Vara­nasi Nagar Nigam for the construction of a WtE plant. The project will include the construction of a plant with a waste segregation facility capable of processing 600-800 tonnes of municipal solid waste per day. NTPC is planning to implement more such projects under its Blue Sky Initiatives, which include biomass co-firing, “farm to fuel” for improving air quality, and promotion of circular economy.

Overall, despite a smaller installed base of renewable energy projects than some of the private sector players, NTPC is poised to be a leader in India’s renewable energy space and continue its dominance in the thermal power sector. With decades of experience, government ba­ck­ing and its intent to diversify across all critical renewable energy segments, there is a strong possibility of the company achieving its 60 GW renewable energy target by 2032. 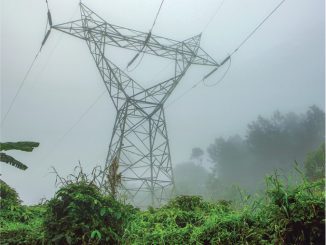 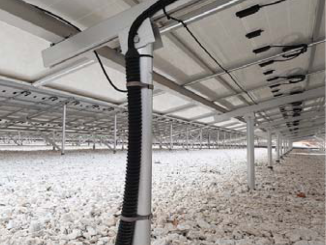 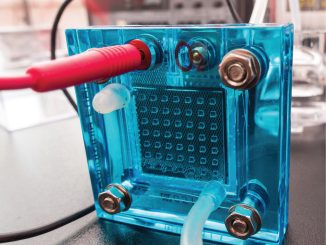