Green hydrogen, which is produced through electrolysis using electricity generated from renewables, is a crucial part of India’s energy transition and decarbonisation plans. It has a zero carbon footprint and can be utilised for the production of fertilisers, refinery pro­ce­­s­­­sing, steel production, methanol blen­d­ing in conventional vehicles and direct hydrogen transportation in fuel cell-based vehicles. Recently, the National Hydrogen Mis­s­ion was announced to support the development of an ecosystem for green hydrogen. Key elements for consideration in this direction are the technologies and associated costs of production for hydrogen. Since hydrogen, especially green hy­dro­g­en, is still at a nascent stage in India, it be­comes all the more essential to chart out an optimal path for scaling up. This would require creating business interest for manufacturers and ensuring lower production costs to benefit suppliers as well as off-takers.

In line with the projection trajectory, there is inertia in the large-scale development of hydrogen producing infrastructure, which is expected to bring down costs. Recently, at the International Climate Summit, Re­lian­ce In­dus­tries announced its intent to help br­ing down the cost of green hydrogen to under $2 per kg by 2030. The current cost of green hydrogen produced by electrolysis is estimated at around Rs 350 per kg. India’s green hydrogen plan aims to bring it down to nearly half at around 160 per kg (close to the $2 per kg anno­un­ced by Re­li­ance) by 2029-30.

There is an increasing emphasis on the promotion of manufacturing of local components for renewable energy plants and hydrogen production infrastructure, especially electrolysers. This is in line with the government’s Aatmanirbhar Bharat vision. An electrolyser, in its most basic form, contains a negatively charged cathode, a positively charged anode and a memb­ra­ne. The entire system also contains pum­ps, vents, storage tanks, a power supply, separators and other components. Elec­trolysers can be scaled to meet a variety of input and output ranges. These range in size from small industrial plants install­ed in shipping containers to large-scale centralised production facilities that can deliver hydrogen by trucks or be connected to pipelines.

Alkaline electrolysis is the more established technology, and alkaline electrolysers typically are more affordable. An al­ka­line electrolyte enables the use of low-cost non-precious metal catalysts, such as nickel, for electrodes, to keep cell capital costs relatively low. However, electrolysers based on this technology have limited operational flexibility (although this is improving), a larger footprint and low output pressure. In recent years, market fo­cus has been on the development of acid electrolytes, which typically use a solid polymer electrolyte and not an aqueous electrolyte, such as sulphuric acid, as this enables a compact and higher efficiency system than an alkaline system.

In a PEM electrolyser, the electrolyte is a solid specialty plastic material called polymeric membrane. PEM electrolysers have a more rapid response to changes in po­wer. Furthermore, PEMs are often seen as a safer option, since the membrane pro­vides a physical barrier between the produced hydrogen and oxygen. In addition to the ability to ramp up or ramp down output rapidly, they can work above capacity for short periods, have a smaller footprint, and deliver hydrogen at a higher output pressure. However, such electrolysers ha­ve hi­gher capital costs due to the re­qu­i­re­ment of more expensive catalyst materials. Even though the technology has en­tered the commercial stage, it is still not very ma­ture. Decreasing the am­ount of precious metals (such as platinum and iridium) in PEM catalysts is an area for further rese­arch and development moving forward.

Some of the emerging technologies are solid oxide electrolysis (SOE) and AEM electrolysis. SOE uses a solid ceramic mate­rial as the electrolyte that selectively conducts negatively charged oxygen ions at elevated temperatures. SOE technology is not commercially available and is not yet mature.  Meanwhile, AEM is an emerging option and provides the opportunity to combine the advantages of both electrolysers, to create lower cost polymer membrane electrolyser systems, through low material costs.

Overall, there is a trend towards increasing the size of electrolysers. The average capacity of electrolyser projects has increased from 0.1 MW scale during the 2000s to 1 MW scale in the 2010s. Pro­jects at the 10 MW and 100 MW scale are being planned in multiple regions around the world. Another trend is rising efficiency gains for electrolysers. With the advan­ce­me­nt in electrolyser technology, the overall efficiency of systems is increasing. While it is expected that PEM electrolyser efficiency can reach up to 86 per cent by 2030, solid oxide electrolyte-ba­sed systems have the highest efficiency, which could go up to 90 per cent in the coming years.

The strategies for bringing down electrolysis costs include consideration of electrolyser design and construction, increasing technical efficiency as well as reaching ec­o­nomies of scale. Larger module size and advancements in stack manufacturing could result in considerable cost ad­van­ta­ges. According to a report by IRENA, inc­reasing the plant size from 1 MW to 20 MW could reduce costs by over a third. Further, economies of scale can be ac­hie­ved by increasing stack production and automating production in GW-scale manufacturing facilities (gigafactories), leading to a re­duction in cost. To bring down costs, do­m­es­­tic gigafactories are being encouraged to manufacture electrolysers.

In addition to the focus on self-reliance un­der Aatmanirbhar Bharat, there is a gro­wing appeal for international cooperation for hydrogen. To aid domestic manufacturing of electrolysers, the government is planning to extend the production-linked incentive (PLI) scheme. It plans to invite bids for 4 GW of electrolyser capacity in the near future.

The cost and technology challenges are the key hurdles in the development of the Indian hydrogen manufacturing space. Supporting research and development in the technology space and creating a conducive environment to build economies of scale should be the two-pronged approa­ch to facilitate the segment and overcome the barriers to uptake. Moving forward, as recommended by the Indian Hydrogen Alli­ance, the focus shou­ld be on studying and developing a do­mes­tic hydrogen ma­nufacturing and supply chain. Further, th­e­re should be a grea­ter understanding of its linkages with rene­wable and electric vehicle plans, as well as plans for new na­tural gas pipe­lines, which could accommodate hydrogen blending, or pure hy­drogen in the future. 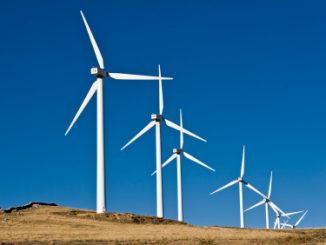 February 10, 2022
The year 2022 has started on a good note for India’s renewable energy sector. Within just a few days, many important and encouraging developments ha...
More 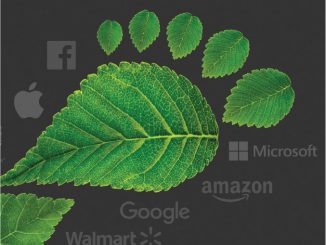