When installing the PV system for grid connection, you will add an additional circuit breaker. In order to save material costs, installation space and reduce installation workload, some installers choose to use the bottom-in and top-out method (reverse wiring).

However, many miniature circuit breakers generally do not allow such wiring because of the limitation of current direction, which as shown in the figure below. 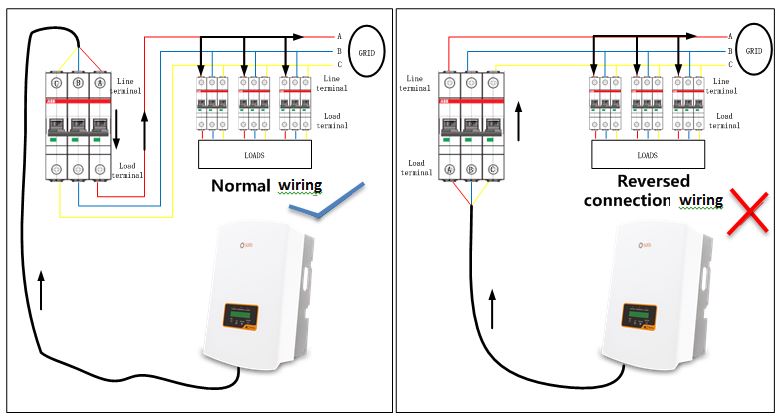 An electric arc is formed between the contacts of a circuit breaker when it interrupts the current flow to loads during normal operation. In the event of short circuits, the arc formed will be more intensive than a normal one. Metal plates in arc chutes are made of ferromagnetic material to ensure the any arc formed is attracted towards the plates and moves towards the arc chutes through the arc runners. 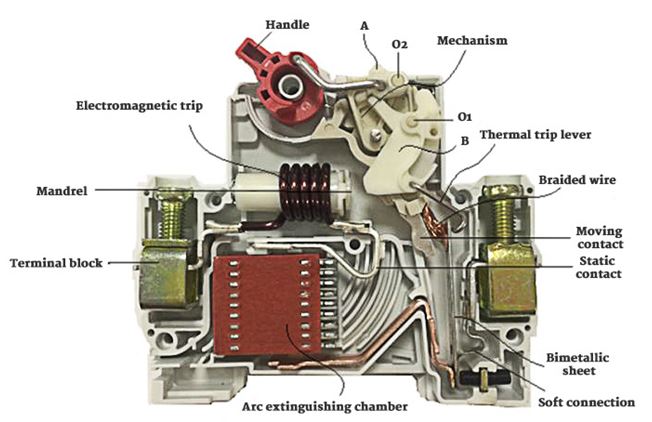 As it reaches the arc chute, the structure of the arc chutes widens the arc further and split it into small segments. This increases the length of the arc. It then cools down and eventually gets extinguished (as shown in Figure below). 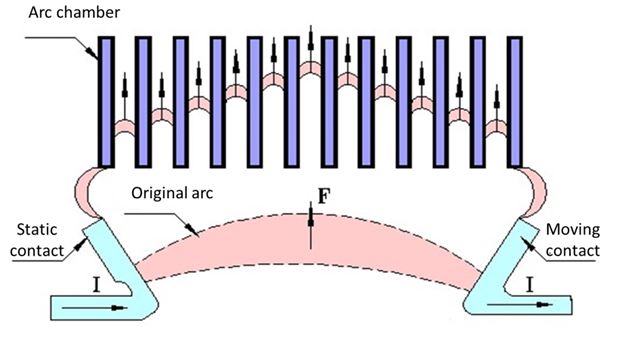 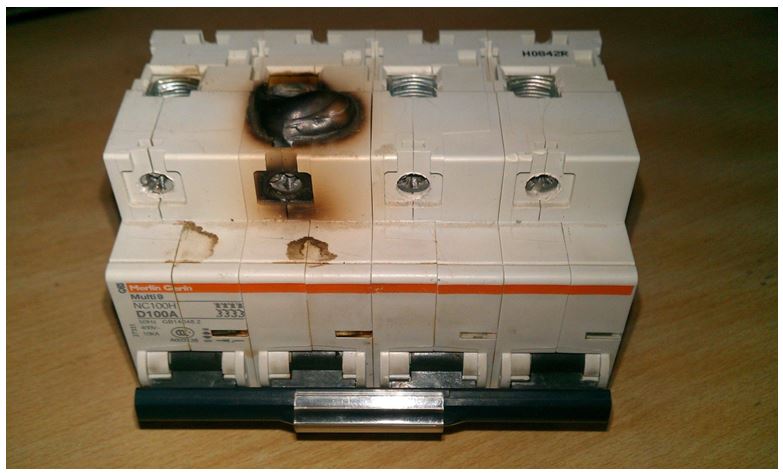 If it is not clearly marked that the device can use the reverse wiring method, you need to confirm with the circuit breaker manufacturer and install it to ensure the long-term safe operation of the PV system.