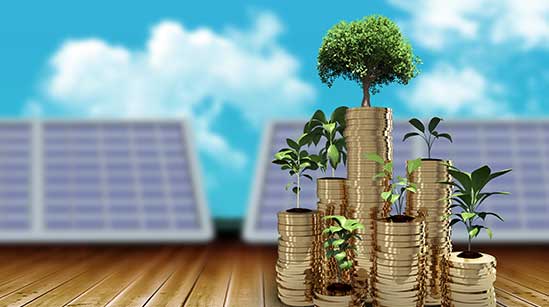 SHV Energy a Dutch multinational distributor of LPGhas acquired a majority stake in SunSource Energy. With this investment, SunSource plans to increase its solar portfolio to over 550 MWp by 2023. It plans to further grow its solar portfolio to over 1 GW of solar projects in the commercial and industrial segment. SunSource Energy’s co- founders will continue to run the company and remain shareholders.As part of this transaction, the original investor Neev Fund, which is promoted by India’s largest commercial lender SBI and the UK Government, has obtained a successful exit.

SHV Energy is a leading global distributor of off-grid energy such as LPG and LNG, and is active in the area of sustainable fuels and renewable energy solutions. SHV Energy already operates in India through its SUPERGAS brand, a leading local LPG player founded in 1996. With the new investment, it has also entered India’s fast-growing renewable energy market. Founded in 2010, SunSource Energy is a distributed solar company, providing solar solutions for commercial and industrial customers. Initially, SunSource focussed on design and engineering, procurement, and construction of solar projects. Since 2018 it has successfully expanded to C&I solar projects to sell energy to its customers under the independent power producer model. SunSource also develops and invests in off-site C&I projects, known as open access solar projects.

Among its endeavours, SunSource Energy is developing a 4 MW grid-connected floating solar project along with a 2 MW/1MWh battery energy storage system. The project will be situated at the Reservoir of Kalpong river, Kalpong Hydroelectric Project (KHEP) Dam, Diglipur, North Andaman, a District of Andaman and Nicobar Islands. Earlier in 2020, SunSource Energy set up a 6 MW rooftop solar power project located in Bhilwara, Rajasthan. The project will provide power to one of the industrial sites of a textile company based out of Rajasthan, for a period of 25 years.