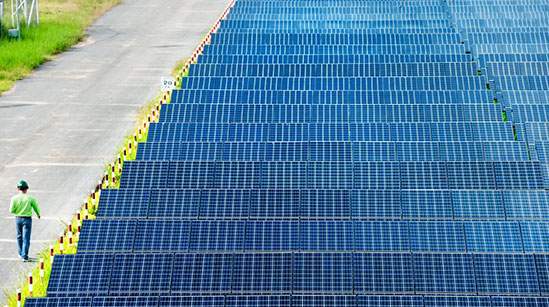 The Karnataka Government, in its Budget for 2021-22, proposed the development of a 500 MW solar park at Firozabad in Kalaburagi district. The park would be set up by Karnataka Renewable Energy Development Limited on land owned by the Power Company of Karnataka Limited. It is estimated that about 1,551 acres of land and funding of Rs 5 billion will be required for the project. The project will be then, undertaken by private developers who will sell energy across state bordersthrough the Inter-State Transmission System (ISTS) network. Among other announcements was the push for research on solar electric devices and their associated technology. Further, 1,000 charging stations for electric vehicles under the public-private partnership will be set up in the state.

Earlier this month,the KREDL issued the ‘Draft Karnataka Renewable Energy Policy 2021-2026’ aimed at developing 20 GW of renewable energy projects with and without energy storage. The policy objectives are aimed at attracting investments in the renewable energy sector and take advantage of the state’s available renewable energy resources to meet internal demand and export objectives.

In December 2020, the Karnataka government had approved Rs 42.40 billion for two wind-solar hybrid projects. The hybrid wind-solar projects could create 8,480 jobs in the state.The state also announced that a 1,000 MW ‘pumped hydro storage plant’ project would be implemented atRs 40 billion.