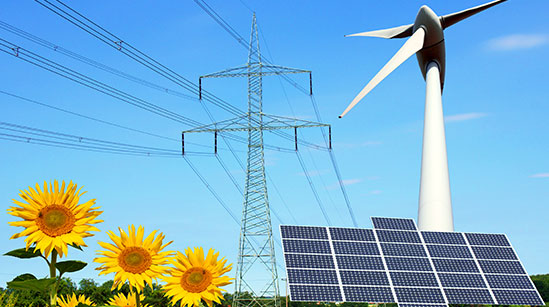 Karnataka Renewable Energy Development Limited (KRDEL) has issued the ‘Draft Karnataka Renewable Energy Policy 2021-2026’ which is aimed at developing 20 GW of renewable energy projects with the option of adding energy storage systems. As per the policy, a target of 2 GW has been set for rooftop solar installations over the next five years. KREDL will be the state nodal agency for implementing this policy and intends to also support distribution or transmission licensees to implement smart grid projects under the policy. The policy objectives are aimed at attracting investments in the renewable energy sector and take advantage of the state’s available renewable energy resources to meet internal demand and export objectives.  In addition to supporting developments in the green energy corridor, renewable energy parks, projects including solar, wind, solar-wind hybrid, energy storage, biomass, waste-to-energy, mini and small hydro, new initiatives, and pilot projects, the state also aims to make headway in emerging technologies. These include off-shore wind, tidal, and wave energy, a rooftop aero turbine with a solar, aero turbine on highways, hydrogen and fuel cells, bio-compressed natural gas, concentrated solar power among others.

In terms of policy incentives, the government looks to improve the ease of developing projects. This is in the form of helping developers get easier access to land, obtaining grid connectivity, project allotment, clearances, energy storage, and metering and connectivity.Further, the policy is also aimed at encouraging private sector investments and public-private partnerships to develop transmission networks and green energy corridors.

Karnataka remains to be one of the most active states in promoting renewable energy technology. It is also the leading state in terms of solar power installations with over 7.3 GW of large-scale solar plants. 23 per cent of the state’s renewable energy capacity is from solar energy.