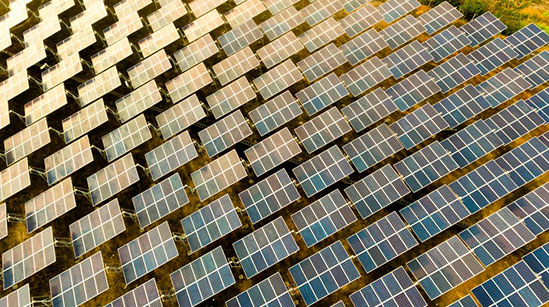 The Indian Renewable Energy Development Agency (IREDA) has floated a tender to invite state-run power companies to install 5 GW of grid-connected solar project generation capacity under the third tranche of phase II of the Central Public Sector Undertaking Scheme. The projects will be set up on a build, own, operate basis and can be installedanywhere in the country. The solar capacities can be either ground-mounted, floating, rooftop or even a combination of them but will have to be constructed using indigenously manufactured cells. Further, the projects will be developed on a build, own, and operate basis and the power generated from the projects will be either used for self-consumption or by government entities. The electricity must be supplied either directly or through a power distribution company or, on payment of mutually agreed usage charges of a maximum of  Rs 2.20 per kWh (excluding third-party usage charges). Developers can bid for a minimum of 1 MW and a maximum of 5 GW of solar capacity. The deadline for submission of bids is March 04, 2021.

The projects are all eligible for viability gap funding (VGF) of up to Rs 70 lakh per MWto achieve commercial viability. The actualfunding awarded will be decided through a reverse bidding auction by project developers. Half the VGF will be paid upon award of each engineering, procurement, and construction contract, and the remaining will be paid when the projects are commissioned.

In the Union Budget 2021, the finance minister announced a capital infusion of Rs 15 billion to the IREDA to promote renewable energy deployment in the country.