As India moves to a future driven by renewable energy, it is becoming clear that the country cannot rely solely on the renewable energy technologies that have already been established. Given the growing power demand and difficulty in procuring land for wind, solar and bioenergy plants, it is important to focus on other emerging technologies as well.

To date, there has been no progress on India’s first offshore wind plant, despite it being on the books for a few years. In the ocean and geothermal segments, while there is realisation about the huge potential of these resources, only few small experimental projects have been set up. Hydrogen energy, arguably, has the most potential among these four resources; however, high costs have curtailed its large-scale deployment. Thus, while an immense potential exists in terms of renewable resources, technologies need to be developed to harness these and help the country achieve energy security.

Over the past decade, countries across the globe have turned to offshore wind farms as a greener option to fuel their energy needs. These farms have been developed offshore for a variety of reasons: stronger and more consistent winds, lesser sound pollution, and no land acquisition issues. India has a 7,600 km long coastline, which prompted the Ministry of New and Renewable Energy (MNRE) to announce the National Offshore Wind Energy Policy in 2015. Potential areas for offshore wind development were mapped and studied extensively under this policy. In the studies, conducted by the Global Wind Energy Council (GWEC), potential sites in Tamil Nadu and Gujarat were shortlisted. Initial assessments estimated an offshore wind potential of 71 GW in the two states alone. Light detection and ranging (LiDAR) systems were deployed at a potential site 25 km off the port of Pipavav in Gujarat, which records an annual average wind speed of 7.52 metres per second. Five additional LiDAR systems have been planned and will be installed at the initial stages of capacity development.

In 2018, expressions of interest (EoIs) were invited by the National Institute of Wind Energy for the first offshore wind energy plant, with a capacity of 1 GW, to be located in the Gulf of Khambhat, Gujarat. It was estimated that an investment of Rs 3 billion would be needed for the development of the project. However, the tender for this capacity has faced several delays and is yet to be floated. The reasons are twofold: first, the offshore wind segment is competing with cheaper land-based renewables that have recorded record low tariffs in the past year. Second, the GWEC’s feasibility reports show that sites in southern and coastal Tamil Nadu had better resources for offshore wind development than those in Gujarat. Tamil Nadu is already leading the way in the onshore wind segment, with a cumulative capacity of 9.3 GW – 25 per cent of the total installed capacity in India. This could be one of the factors leading investors away from the Gujarat project.

A study conducted by the Indian Institute of Technology Madras showed that the tidal energy potential in India is about 12.5 GW. Further, it was estimated that the theoretical potential of wave energy was 4.1 GW. In August 2019, the MNRE announced that all forms of ocean energy would come under the ambit of renewables to fulfil renewable purchase obligations. Later, in June 2020, the MNRE, in collaboration with the Kerala government, announced the development of a 150 kW pilot wave energy project off the coast of Vizhinjam in Kerala. US-based Oscilla Power will provide the floating device technology, which will be installed at a depth of 40-50 metres for the wave energy plant. The site was selected because of the low turbulence of the sea at this location, making it viable for development. If the pilot project is successful, the Kerala government will expand the project to generate 1 MW of wave energy. Andhra Pradesh has also started exploring its wave energy potential along its 974 km coastline. In October 2020, the New and Renewable Energy Development Corporation of Andhra Pradesh reported that it was in talks with Israel-based Eco Wave Power for the installation of an experimental 100 kW wave energy plant on its coastline. Further, the state reported that Bharat Heavy Electricals Limited had proposed the development of a 1 MW wave energy plant in Visakhapatnam.

Hydrogen technology will have a big role to play in India’s quest to be carbon-neutral by 2035. Hydrogen energy can be generated from fossil fuels (grey hydrogen), or from fossil fuels but through carbon capture and storage (blue hydrogen), or through the use of  renewable energy (green hydrogen). Hydrogen technology is widely used in India, but mainly at an industrial level for the creation of ammonia-based fertilisers, using fossil fuels. To facilitate the increased adoption of hydrogen energy, the MNRE released the National Hydrogen Energy Roadmap in 2006. It aimed to establish 1 GW of hydrogen-based energy by 2020. As of today, over 30 demonstration and R&D projects have been carried out. However, the country is nowhere close to achieving its intended target.

Despite minimal traction in the development of green and blue hydrogen, the use of hydrogen-based fuel cell technology has increased. Indian Oil Corporation Limited (IOCL) has been a pioneer in this respect and is aiming to improve hydrogen production, storage and infrastructure in the country. In October 2020, 50 buses fuelled by its patented hydrogen-spiked compressed natural gas (H-CNG) were launched on a pilot basis in New Delhi. In this technology, H-CNG is produced directly from CNG, thus eliminating the need for an extensive blending process and making it 22 per cent cheaper. It also produces 70 per cent less carbon monoxide emissions than CNG.

In India, geothermal energy remains relatively unexplored. The Geological Survey of India began a geothermal survey of the country in 1973 and has since identified over 300 potential locations for geothermal hot springs. Although most of these hot springs have low to medium potential for power generation, those in the Himalayan region, with temperatures ranging from 85 °C to 90 °C have enormous potential. In 2016, the MNRE issued a draft geothermal energy policy framework, which proposed the installation of 1 GW of geothermal capacity by 2022 and 10 GW by 2030.

In October 2020, the Wadia Institute of Himalayan Geology (WIHG), an autonomous institute under the Department of Science and Technology of the Ministry of Science and Technology, identified around 75 hot springs in Himachal Pradesh and Uttarakhand, which could be tapped for the generation of electricity. Although only 50 per cent of the hot springs have power generation capability, WIHG estimated that each spring could support power plants of capacities up to 5 MW. WIHG also signed an MoU with Jaydevm Energies Private Limited for the installation of a 5 MW geothermal energy plant at the Tapovan hot springs in Rishikesh, which is estimated to cost Rs 1.35 billion. WIHG, moreover, offered technical support to the Norwegian Geotechnical Institute for setting up a demonstration geothermal heating project in Chumathang village in Leh, Ladakh, to install heating systems in households. In November 2020, the Council for Scientific and Industrial Research published a notice inviting tender for the construction of an experimental net-zero energy solar-geothermal hybridised facility at its central building in Roorkee. Thus, the geothermal space has been witnessing some activity, but it is yet to gain traction owing to the high upfront costs of Rs 300 million per MW, high tariffs of Rs 10 per kWh, and uncertainties in electricity generation. But as WIHG notes, despite the high exploration and installation costs, the running costs of geothermal plants would be four to five times lower.

These technologies are at their early stages and need a major policy impetus for their development and adoption in India. In most cases, the country is lagging far behind the target capacity. The decline in prices of offshore wind has not been able to match the fall in prices of technologies such as solar, battery storage and onshore wind. This translates into high capital and tariff costs for offshore projects.

Other challenges include a lengthy clearance process and a lack of historical information. In the ocean energy segment, there is a lack of a national-level policy. Given that the technology is nascent even at the global level, India could establish a stronghold in the segment with a concerted push. Hydrogen energy has attracted interest and developments have taken place in the transport sector. However, to increase the adoption of green hydrogen (including fuel cells), the cost of electrolysers must come down – which is expected to happen with greater deployment of the technology. The development of geothermal energy has also been stymied by high upfront costs and tariffs. However, scaling up deployment and ensuring a sufficient supply of manufacturing equipment are expected to bring down costs.

The energy potential of these renewable sources is immense. Success now hinges on the effective development and deployment of these emerging technologies. 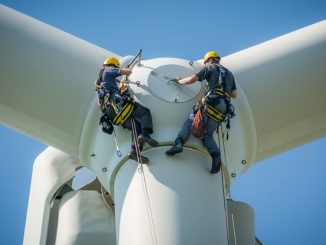 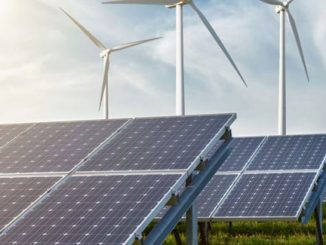 June 3, 2022
REC Limited is seeking bids to empanel project management agencies for renewable energy projects in India. This empanelment is for the next two years....
More 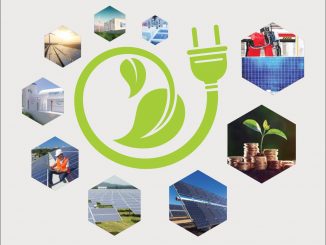