Sembcorp Energy India Limited (SEIL) is a leading independent power producer, and is part of the Singapore-based Sembcorp Group, an SGD 23 billion energy, marine and urban development company. The Sembcorp Group owns more than 12 GW of projects globally. These include over 2,800 MW of renewables, battery storage and energy from waste capacity assets in Singapore, UK, China and India. Sembcorp entered the Indian market in 2010 with the acquisition of a 49 per cent stake in Thermal Powertech Corporation India Limited. Today, it is a leading foreign investor in the Indian power sector, with over 4.37 GW of renewable and conventional power capacity in India.

With a presence across nine states, SEIL owns and operates 35 assets in India. These include two ‘supercritical’ thermal power plants (TPPs) of 1,320 MW each (SEIL Project 1, Project 2) in Nellore, Andhra Pradesh. The Nelaturu TPP was commissioned in 2014-15 while the SEIL Project 2 TPP was commissioned in 2016-17. The Nelaturu TPP has a 500 MW power purchase agreement (PPA) with the Andhra Pradesh and Telanganadiscoms for a period of 25 years, starting April 2015, and another 570 MW PPA with the Telanganadiscoms for a period of eight years starting March 2016. The remaining 170 MW capacity is sold on a short-term basis. The SEIL project 2 TPP has short, medium and long-term PPAs.

Meanwhile, its renewable power assets have a combined capacity of more than 1,700 MW. The company owns and operates wind and solar power projects across seven states in India. In the solar segment, the company operates three projects totalling 35 MW in Gujarat and Rajasthan. The remaining renewable power capacity is wind power based. Notably, unlike its thermal power assets, the company has long-term PPAs for the majority of its renewable energy capacity.

In July 2020, SEIL announced the completion of 800 MW of wind power projects awarded by the Solar Energy Corporation of India (SECI) in the form of three projects. Sembcorp set up the first wind  power project of 250 MW in 2018 in Chandragiri district of Tamil Nadu. This was won at a tariff of Rs 3.46 per unit in 2017. The other two projects with capacities of 250 MW and 300 MW were installed in Gujarat. These were allocated to SEIL under subsequent SECI auctions at tariffs of Rs 2.65 and Rs 2.44 per unit in 2017 and 2018 respectively. Notably, Rs 2.44 per unit is the lowest ever wind power tariff achieved in a SECI auction.

Sembcorp Industries entered the Indian renewable energy market in February 2015, after acquiring a 60 per cent stake in IDFC Alternatives Limited-backed renewable energy firm Green Infra Limited for SGD 227 million. Since then, SEIL has undertaken a series of measures for reorganisation in order to consolidate its Indian energy businesses. In August 2017, the company entered into an agreement to acquire IDFC Private Equity Fund III’s remaining 28 per cent stake in Sembcorp Green Infra Limited (SGIL) for Rs 14,102 million. During 2017-18, it acquired 100 per cent of the equity shares in SembcorpGayatri Power Limited (SGPL), which focuses on thermal power, and SGIL, which focuses on renewable energy. Although the company had stakes in both SGPL and SGIL prior to this, the acquisition made them wholly owned subsidiaries of SEIL.

In early 2018, the company also filed a draft red herring prospectus with the Securities Exchange Board of India for listing its Indian energy arm. However, according to the company’s annual report for 2019, the change in the capital structure of SEIL as per applicable Indian regulatory requirements necessitated the withdrawal of the prospectus in June 2019. The company decided to defer its initial public offering (IPO) plans and will refile a revised prospectus at another appropriate time, taking into consideration market conditions.

Further, in July 2019, Sembcorp infused about Rs 5,169 million in SEIL against the issuance of 275 million new equity shares to its wholly owned subsidiary, Sembcorp Utilities. The equity injection was meant to support the growth of its Indian renewable energy business and was funded through a mix of internal funds and borrowings, taking the Singapore-based promoter’s collective stake in SEIL from 93.73 per cent to 94.05 per cent. The remaining shares in SEIL were owned by Sembcorp Utilities’ local partner, Gayatri Energy Ventures, a wholly owned subsidiary of Gayatri Projects Limited.

In December 2019, Sembcorp Utilities entered into a non-binding term sheet with Gayatri Energy Ventures to acquire the remaining 5.95 per cent stake in SEIL for Rs 4,060 million. The acquisition was funded through a mix of internal funds and borrowings. This acquisition makes Sembcorp the sole owner of SEIL, giving it the flexibility to evaluate and pursue a full range of growth opportunities in the renewables segment. With all its Indian energy assets consolidated into a single corporate entity, SEIL, Sembcorp aims to have greater synergy in its operations in the Indian market. 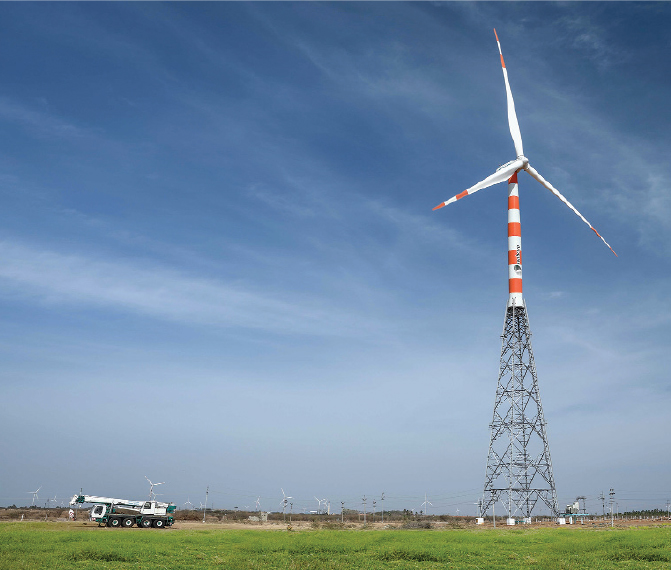 According to the company’s annual report for 2019, its net profit for the Indian energy business more than doubled to SGD 100 million in 2019 from SGD 47 million in 2018, with profit from operations (PFO) at SGD 453 million. Of this, thermal power assets contributed SGD 284 million, an increase from SGD 228 million in 2018. Meanwhile, the India renewables arm continued to perform well, with a PFO contribution of SGD 169 million and a net profit of SGD 53 million in 2019. However, with the Covid-19 pandemic wreaking havoc on economies, the company’s energy businesses are expected to show a decline in performance in 2020. Thus, in the first half of 2020, though the company reported an underlying profit for the energy business at SGD 156 million, including exceptional items totalling a negative SGD 161 million, the net loss was SGD 5 million as compared to a net profit of SGD 177 million in 2019. Despite this, the company expects to maintain a positive operating cash flow in 2020 with its long-term contracts and the strong performance of its energy and urban business.

The Indian thermal power space faces many issues like payment delays by discoms, lack of long-term power procurement bids by discoms and a shortage of domestic coal. Moreover, SEIL has only 40 per cent of its thermal power capacity tied up under long-term PPAs. As per recent media reports, SEIL wants to sell its stake and is looking for a strategic investor. The company is looking at dilution and reinvestment, most likely in the renewables domain. However, this endeavour could prove to be difficult with the changing investment climate as investors, including multilateral agencies, sovereign wealth funds and other financial institutes, shy away from investments in fossil fuels.

On the renewables side as well there are significant challenges, especially in terms of timely payment, land and transmission unavailability and power offtake concerns. That said, the company has recently commissioned 800 MW of capacity amid challenging market conditions, which shows its appetite to absorb the prevalent risks in the wind power space. Possibly owing to the challenges mentioned above, the company has not won any new bid in recent months as it waits for the market dynamics to stabilise. Also, SEIL was most likely focusing on delivering the 800 MW of wind capacity awarded to it before bidding for new projects and creating a large pipeline. This goes on to say that it will not bid aggressively unlike many of its peers but ensure predictable returns. While many of its competitors have been focused on rapidly building portfolios through a combination of organic and inorganic means, SEIL’s focus has been on ensuring profitability even if it reaches its targets at a slower pace. Moreover, the company is focused on maximising the uptime and energy generation of its renewable assets, through remote digital monitoring and analytics. With Covid-19 restrictions making it difficult for operations and maintenance teams to work smoothly, digitalisation is necessary.

Going forward, Sembcorp has a target to achieve approximately 4,000 MW of renewable capacity globally by 2022, and India is going to be a key contributor in this. The company will look at growing its renewables portfolio, and will consider capital recycling, which is always part of its strategy. With its committed wind power projects commissioned, it is the right time for SEIL to explore new assets in both the solar and wind domains, especially with Covid-19 further expected to drive investments in the renewables domain. Whether it opts for new bids or acquires quality projects remains to be seen.