The agricultural sector is one of the largest consumers of power in India, and yet accounts for the lowest revenues amongst all consumer segments. The sector receives unreliable power, resulting in inadequate irrigation of crops and a substandard yield, which does not generate enough revenue to meet the farmers’ requirements. Consequently, the burden of cross-subsidisation falls on the commercial and industrial segments, implying higher tariff slabs for consumers in these categories. In view of this, the solarisation of agricultural activities is being undertaken by the government to provide a sustainable alternative to grid-based electricity and improve the quality of power.

To this end, the government launched the Kisan Urja Suraksha evam Utthan Mahabhiyan (KUSUM) under the Union Budget 2018-19. On February 19, 2019, the Cabinet Committee on Economic Affairs, chaired by the prime minister, approved the scheme. Broadly, KUSUM is aimed at promoting the use of solar energy in the agricultural sector. This includes the extensive solarisation of existing pumps, the installation of new solar pumps and the establishment of grid-connected ground-mounted solar power plants. A total amount of Rs 1,400 billion has been allocated under KUSUM to be distributed over a period of 10 years. Of the total outlay, the central government is expected to contribute about one-third or Rs 480 billion.

In 2019-20, the progress in solar pump installation has been dismal. Maharashtra has been in the lead, having installed 5,022 solar pumps in 2019-20 alone. The only other states to have installed pumps this year are Tamil Nadu with 475 pumps, Jharkhand with 433 pumps, Odisha with 224 pumps and Uttar Pradesh with 81 solar pumps. Notably, none of the top solar pump states mentioned above, barring Uttar Pradesh, has installed even a single pump during the year, as of October 2019.

Efforts to solarise irrigation have been under way for the past five years. The entire process of solarisation has now been aligned with KUSUM, and will be implemented over the next 24 months that is, by the end of the scheme in 2021. The first step towards the solarisation of agricultural pumps is the procurement and distribution of solar pumps. To this end, the government, the power ministry and other associated departments will undertake the distribution to all irrigation pockets in rural and urban areas. The government has mandated the distribution of 1.75 million solar pumps to farmers during the period of the scheme.

Along with the deployment of solar pumps, the government has plans to install small-scale renewable energy power plants, ranging from 500 kW to 2 MW for individual farmers, and farmer groups, cooperatives and producer organisations. The plants, aggregating 28,000 MW, will be set up only on infertile land. They are likely to be installed within a 5 km radius of existing substations to avoid high transmission line losses and costs. The power purchase agreements for these plants will be signed between discoms and renewable power generators. The discoms will be eligible for performance-based incentives of Re 0.40 per unit purchased or about Rs 660,000 per MW of capacity installed for a period of five years.

Apart from this, the scheme includes setting up of unique tube wells that can generate power. According to the scheme document, each of these wells will generate 8,250 MW of power. Another component of KUSUM is the modernisation of existing irrigation pumps and the replacement of old pumps with solar pumps. Besides generating savings for farmers, the scheme helps them earn more revenue by selling the excess energy from solar plants back to the grid.

During the initial stages of solar pump distribution, the central government will allocate Rs 220 billion. The second phase of programme will see an infusion of another Rs 48 billion by the respective departments. In the third phase, involving the solarisation of existing pumps, the central government will provide around Rs 157.5 billion. Another Rs 50 billion will be required for successfully implementing the fourth and final phase of the scheme. 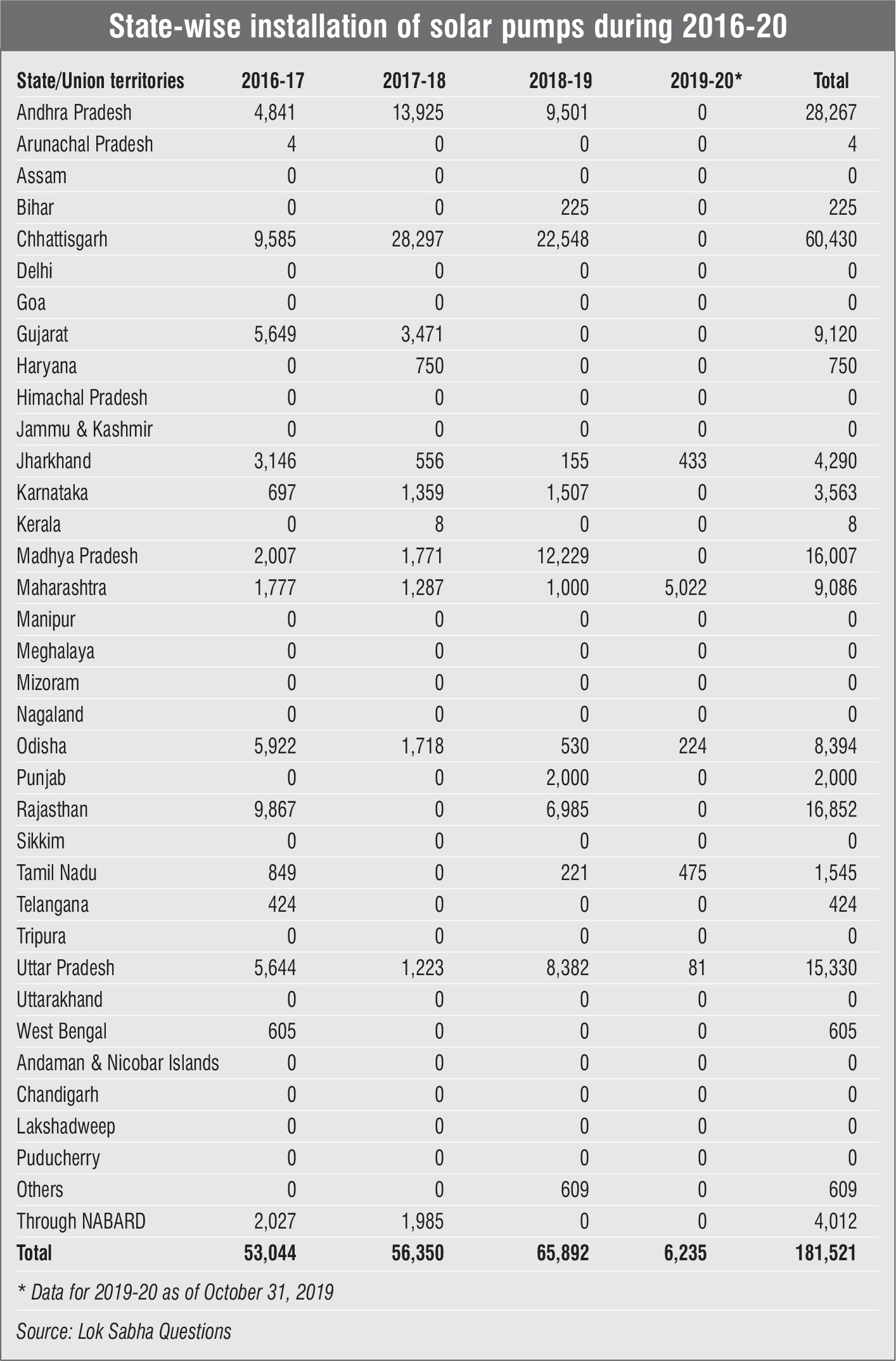 KUSUM is now live with cabinet approvals and guidelines in place. The targets and sanctions have been notified with responsibilities divided between the centre and the states. While the deployment of solar pumps and launch of KUSUM are initiatives in the right direction,  critical to their success would be effective implementation. The agencies procuring and installing solar pumps have to ensure that the price point and cost to the stakeholders is justified through a business case with tangible financial benefits.

In this context, specific mechanisms to monitor the progress of solar pump installation will need to be put in place to achieve the target both on paper and on the ground. Meanwhile, it is important for vendors to maintain quality standards as per government guidelines to ensure the effective life of pumps and solar components. With just over 181,000 solar pumps installed so far, the implementing agencies still have a long way to go to achieve the targets.

June 1, 2022
Galp has agreed to purchase 4.8 GW of solar and wind energy projects in Brazil from SER Energia and Casa dos Ventos. The agreement with SER Energia, a...
More 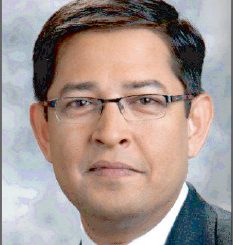 December 8, 2021
The clean energy transition is ch­an­ging how we view strategic resour­ces. In a hydrocarbon-centric wor­ld, a small group of countries that expor...
More

September 30, 2022
Vattenfall, a Swedish energy company, has chosen to exercise its rights to develop the N-7.2 offshore wind project off the coast of Germany. The 980 M...
More