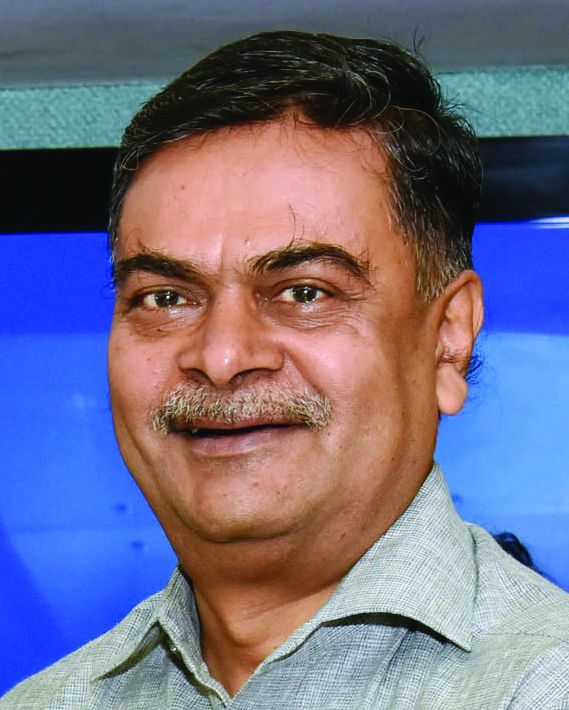 India’s installed renewable energy capacity has reached 83 GW and further capacity additions are in the pipeline. The country has committed to achieving 40 per cent of its installed capacity from renewables by 2030. While many in the industry are sceptical about this target being achieved, Raj Kumar Singh, minister of state (independent charge) for power and new and renewable energy, is confident that this target will be surpassed with renewables accounting for around 55 per cent of the total installed capacity by 2030. Excerpts from the minister’s remarks at recent industry events on the progress of the sector and the country’s renewable energy initiatives on a global scale…

In the past few years, we have seen several developments in the energy sector in our country. During the past five years, we have connected every village and every household to the electricity grid, and in the past 17 months itself, we have connected about 26.6 million households. This was our first priority as a government, because we believe that energy access is central to all development activities and, therefore, it has to be universal. From a country that had a deficit in terms of electricity generation, we have transitioned into a country that is able to produce more energy than we consume, and we are now exporting power to our neighbours. We have unified the whole country into one grid, which is one of the largest unified grids in the world. It extends from the Himalayas in the extreme north to the south, and from the eastern-most part of the country to the west, so now it is “one nation, one grid”.

At the same time, we realised that to keep pace with our development needs, we need to increase our consumption of energy and, at the same time, we need to follow a trajectory that will ensure a reduction in our carbon footprint. To this end, we decided that we will install 175 GW of renewable energy capacity by 2022, and we are close to achieving that target. Over 83 GW has already been installed and 31 GW is under installation while 35 GW is under bidding. This takes the total to 140-145 GW. In the hydropower space, we have an installed capacity of around 45 GW with about 13 GW under implementation. Thus, the overall hydropower capacity will be around 60 GW. Hence, India will cross 200 GW of renewable energy capacity by 2022.

We, as a country, have set a new renewable energy target for ourselves. Our prime minister announced at the United Nations Climate Change Conference that India will install 450 GW of renewable energy capacity by 2030. We have decided that by 2030, about 40 per cent of our installed power capacity will come from renewables. However, we will be actually crossing that target and more than 55 per cent of our installed power capacity will come from renewables by 2030. Thus, we have taken a quicker approach towards reducing our carbon footprint. One aspect of this approach is increasing renewable energy capacity addition and the other is reducing our energy consumption. In our quest to reduce energy consumption, we have taken a number of steps for enhancing energy efficiency. In the first round, we have saved 8.63 million tonnes (mt) of oil equivalent and in the second, we have achieved a further reduction of about 3 mt of oil equivalent. For reducing the consumption of energy by appliances, we launched a scheme to specify energy efficiency standards. This led to electricity savings of about 50 billion units per year, contributing to a reduction of 41 mt in carbon dioxide emissions. Industrial energy demand has almost doubled in the past five years and it is expected to go up by over three times between 2012 and 2040. Therefore, adopting energy efficiency measures and following best practices in this regard would be helpful in reducing energy demand and strengthening energy security.

India on a global stage

There are two major global challenges at the moment. The first relates to climate change mitigation and we believe that if the efforts of the International Solar Alliance (ISA) are successful, these will have a major impact on the fight against climate change. The second is regarding universal energy access as there are still millions of people in the world without electricity. Solar power has the potential to light up every home as it can easily be set up as a stand-alone system in the form of rooftop projects or minigrids, etc.. Thus, the ISA can assist in the large-scale adoption of solar power to help address these issues and electrify each and every household without impacting the environment negatively.

The ISA has been making consistent efforts to expand the application of solar energy on a global scale, and we have been deliberating on how to increase the scale of deployment. The organisation already has a risk mitigation tool for attracting investments and lines of credit have also been put in place. India has issued a $2 billion line of credit for the African nations, under which projects worth $1.4 billion have been signed and committed. Our country is considering issuing another line of credit as the first one is nearing completion. We have already decided to make available a fresh line of credit of $350 million for the Pacific island nations, which, we feel, are the most vulnerable to the effects of climate change. We have also committed a grant of $150 million for these Pacific island countries.

Till date, the ISA has aggregated demand for 300,000 solar pumps and has sent missions to nine countries to assist them in implementing solar projects. It has launched a new programme for implementing solar parks and has aggregated demand for over 1,000 MW of solar power in various countries. The organisation has been carrying out many capacity building programmes, including a technical programme in the Indian Institute of Technology, New Delhi, as well as other technology-related programmes in the National Institute of Solar Energy, India.

When the ISA was conceived, it was thought that the membership would be limited to countries lying between the Tropic of Cancer and the Tropic of Capricorn. In the First Assembly of the ISA, a consensus was reached that as environmental concerns affect the entire planet and not only the countries lying within the tropics, membership of the ISA should be open to every country. The framework agreement was amended to incorporate this, and was passed in the First Assembly. Once all the member countries ratify the amended framework agreement, the membership will be open to each and every country. The ISA already has 89 signatories and other countries have also expressed their intention of joining in. Once the membership is opened for all, we expect a large number of countries to become ISA members. In a nutshell, we, as a global organisation, are moving at a good pace.

Globally, in developed countries, industrial power costs are lower than retail power consumption costs. However, in India, industrial power costs are much higher due to structural issues. While elected governments want to offer electricity to certain sections of society at lower, subsidised rates or for free, the problem arises when they do not bear the high subsidy costs and impose them on consumers. Thus, cross-subsidy is a major challenge.

In order to make electricity prices more rational, the new tariff policy, which is currently with the union cabinet for approval, includes provisions for phasing out cross-subsidies. Under the proposed policy, we aim to reduce cross-subsidies by 25 per cent every year, thereby gradually phasing them out over the next four years. If the government wants to provide subsidy or offer free power, it is free to do so, but it does not have any right to impose this high cost on other consumers. Another important component of the proposed tariff policy would be to promote open access. Currently, open access surcharges make electricity procurement through this route costly. Hence, the proposed policy aims to phase out these surcharges. Going forward, consumers will have the right to purchase electricity from the most economical source, without paying additional charges.

This policy, once approved, will significantly reduce the cost of power. It will also help meet the objectives of the Make in India initiative and make our industries more competitive. Ensuring ease of doing business for independent power producers or renewable energy developers is of paramount importance to the country. We are committed to providing a hassle-free path to renewable energy developers to help India achieve energy security, along with a cleaner and sustainable environment.