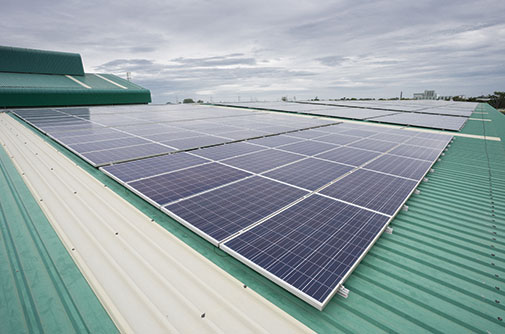 Karnataka’s Tumakuru Smart City Limited (TSCL), has invited bids for 1.86 MW of grid-interactive rooftop solar projects based on RESCO model at various government buildings. The successful bidder is expected to use polycrystalline solar PV modules for the project under the net metering system with associated distribution lines up to the metering point of Bangalore Electricity Supply Company Limited. The interested bidders will need to pay a sum of Rs 800,000 as earnest money deposit. The bid validity period is for 180 days. The estimated cost of the project is Rs 81.6 million. The last date for the submission of bids is November 13, 2019.

Rapid urbanisation and changing lifestyles are leading to an increase in the electricity demand of India’s towns and cities. The rising power requirements especially in summer months due to air conditioning loads during afternoon hours for offices and night time for residences has become difficult for many utilities to cope with. Many of these utilities have to resort to load shedding forcing consumers to opt for polluting diesel generators. Recognising solar power as a potential solution to this issue, the Ministry of New and Renewable Energy (MNRE) launched a program on “Development of Solar Cities” in February 2008, which was modified in January 2014 for implementation during the 12th Five-Year Plan. While night time load cannot be catered by solar power, it can certainly help to meet some of the day time power demand of the cities reducing the burden on utilities as well as consumers.