Actis is one of the leading investors in emerging markets across Africa, Asia and Latin America. It was established in 2004, as a spin-off from the UK government’s development finance institution, the CDC Group. Since then, the global investor has raised around $15 billion from over 235 institutional investors, including private and public pension funds, sovereign wealth funds, development finance institutions, and insurance companies. Actis has a multi-asset strategy with investments in private equity, energy, infrastructure and real estate.

In the energy domain, Actis primarily invests in large-scale wind, solar and gas-fired power generation assets as well as in the power distribution segment. As of August 2019, it has deployed more than $3.6 billion in 34 platforms across 27 countries in the space, thereby contributing close to 23 GW to power generation. To date, Actis has raised four energy funds, of which the first and second are almost complete. The third fund, Actis Energy 3, closed in December 2013 with $1.15 billion of available capital and is currently being invested in renewable energy expansion. The fourth and most recent fund, Actis Energy 4, closed in March 2017 with $2.75 billion of available capital and already has a strong pipeline with $2 billion of deal equity either completed or at advanced stages. The company’s geographically diverse renewable energy portfolio includes India’s Sprng Energy, Chile’s Aela Energía, Brazil’s Atlantic Energias Renováveis, Mexico’s Zuma Energía, Africa’s Lekela and Costa Rica’s GME.

Actis entered the Indian energy sector in 2010, with an investment of $77 million in GVK Energy, which it continues to hold. GVK Energy’s power portfolio comprises more than 3,000 MW of operational capacity across the coal, gas and hydroelectric segments. With renewable energy gaining traction in India, Actis committed an investment of $280 million to establish a wholly owned renewable energy platform, Ostro Energy. The new venture, backed by Actis, grew from 50 MW of capacity in 2015 to 1.1 GW in 2018 with assets spread across Andhra Pradesh, Karnataka, Telangana, Rajasthan, Madhya Pradesh and Gujarat. In early 2018, the entire portfolio of Ostro Energy was sold to ReNew Power at an enterprise value of Rs 102 billion, in one of the biggest deals in the Indian renewable power sector.

Actis set up another renewable energy platform, Sprng Energy, in early 2017, with $450 million of equity from Actis Energy Fund 4. The new venture is wholly owned by Actis and has a total portfolio of 1,750 MW with 950 of solar and 800 MW of wind capacity as of September 2019. Sprng Energy commissioned its first renewable energy project in India, a 250 MW solar power project at Rewa Ultra Mega Solar Limited, in May 2019. The project was secured in 2017. Apart from that, the company acquired a portfolio of 194 MW of operating solar power from Shapoorji Pallonji Infrastructure Capital in April 2019. Through Sprng Energy, Actis plans to develop 2 GW of renewable power capacity in the near future.

Having inherited the 70-year legacy of the CDC Group, Actis can better anticipate and mitigate market risks. Its presence across the private equity, energy, infrastructure and real estate verticals helps it derive valuable insights and operational synergies. A common feature of Actis’s renewable generation platforms is that they have been built around a buy-and-build strategy. Thus, Actis expands its operations by acquiring a company with an already developed expertise and then builds out, rather than starting from scratch. Its long-term power purchase agreements in emerging global markets including India ensure stable revenue for the company and safeguards its interests.

However, the investor is not immune to the challenges plaguing India’s renewable energy sector. The rapidly changing regulatory environment combined with the violation of the sanctity of contracts and non-payment of dues by discoms is affecting the entire investor community with millions of dollars of investments at risk. In addition, delays caused due to transmission and land constraints are a threat to upcoming projects, some of which might remain stranded for a prolonged duration. These issues explain the guarded stance of Actis in terms of renewable energy expansion. Despite being capital rich, the company has set a small target of 2 GW for Sprng Energy for the next few years and has not announced new major investments in the renewable energy domain in India. Considering the poor investment climate in the renewable energy sector, Actis’s slow and steady approach seems logical. 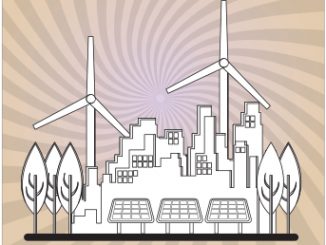 March 2019
By Dolly Khattar Big Indian cities are pivotal to India’s growth and economic development. However, these cities have grown erratically and unsustai...
More 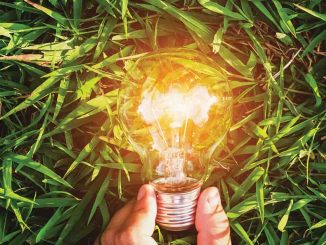 February 2019
The Indian renewable energy sector has finally come of age. The phenomenal growth is a result of dynamic policy changes at the central and state level...
More