NTPC Limited, India’s biggest energy conglomerate, caters to almost 23 per cent of the country’s power demand. The company is looking to increase this share over the next few years, with an annual capacity addition of 4-5 GW. Of this, a large majority is planned to be renewable energy based. Currently, renewable energy contributes only around 2 per cent to NTPC’s generation portfolio but it is targeting to achieve 30 per cent renewable energy generation by 2030. At a recent conference organised by Renewable Watch, Gurdeep Singh, chairman and managing director, NTPC Limited, spoke about a range of actions and efforts that the company is undertaking to achieve its ambitious renewable energy capacity addition plans. Excerpts….

One of the three commitments made by the Indian government under the Paris Agreement is that 40 per cent of the country’s power capacity would be based on non-fossil fuel sources by 2030. NTPC being the largest power generator in the country, we have the responsibility to play a much bigger role in achieving this renewables target. Going forward, we may also transition from a predominantly coal-based or hydrocarbons-based producer to a renewable energy major. In line with this, our business plan for 2030 states that we will have around 132 GW of power capacity and at least 30 per cent of our energy mix will comprise renewable sources. When we say this, we believe that it should be at least, and not up to, 30 per cent. This, I think, is important.

In the past two to three years, the pace of renewable capacity addition by NTPC has been rather slow. At present, renewable energy contributes only 2 per cent to the company’s generation portfolio. At this level and given the current pace, it may seem that we will not be able to reach the 30 per cent target, but we have been studying and analysing the market and are focused on achieving our goals. In fact, of late, NTPC has started participating in various auctions and we have started winning some of the bids. For instance, NTPC has recently won 40 MW of solar energy projects in an auction conducted by the Uttar Pradesh New and Renewable Energy Development Agency (UPNEDA). NTPC participated in UPNEDA’s tender for 500 MW of solar capacity, with two bids of 20 MW each at Auraiya and Rihand. Although the capacity is small, this will pave the way for the development of the non-conventional business.

Similarly, NTPC participated in the 750 MW tender floated by the Solar Energy Corporation of India for Rajasthan and won 160 MW of solar capacity at a levellised tariff of Rs 2.50 per unit, applicable for 25 years. It will be developed in the engineering, procurement and construction (EPC) mode.

This year, we should be able to commission only around 400-500 MW but for the future, we have changed this strategy. Earlier, we were primarily going for complete EPC, but now our team is looking at whether we can start buying modules separately and undertake balance of systems separately.

Another area that we seriously think has potential is floating solar. We believe that there is fairly good scope, at least a few gigawatts if not very high, and we are working on that very aggressively. NTPC is already setting up a 100 MW floating solar photovoltaic (PV) project at Ramagundam in Telangana. Bharat Heavy Electricals Limited has been selected as the EPC developer for the project.

Energy storage is another area that we are looking at very closely. But there have been a number of roadblocks. We initiated the tender for the Andaman and Nicobar Islands, but ultimately it was decided that the project was not required right now. The influx of renewables is going to impact our coal-based portfolio significantly and that is why we need to have good flexibility options. We also need to ensure that grid stability is intact. So, battery storage is definitely on our radar and we hope to come out with some more expressions of interest in order to have a more viable solution. In this context, let me tell you that we will be very aggressive in all forms of capacity addition and we are more than happy to facilitate some of the developers to come forward and help us increase the percentage of our renewable energy portfolio in the total energy mix. 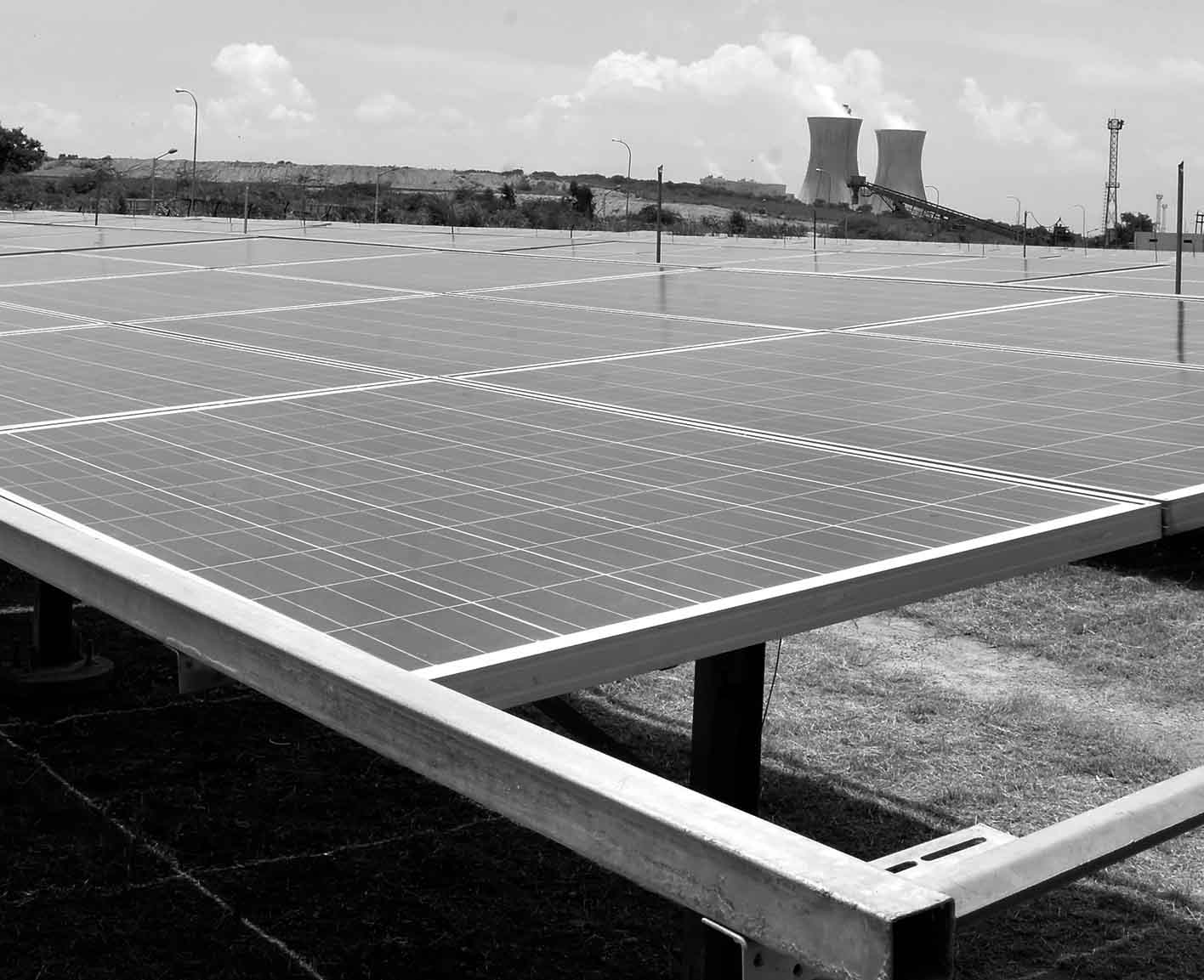 There are certain issues that we are currently in the process of resolving with the government such as how should we blend coal-based power and renewable energy, basically solar and wind. I am happy to share with you that we have already made some progress and we should soon have a mechanism in place whereby we should be able to blend solar and wind power with our coal-based capacity. It will allow us to blend renewable energy with costly coal-based capacity and sell it to distribution companies under their existing contracts without there being a need to seek fresh approval from the respective state electricity regulators. This follows the government’s recent policy announcement that gives coal-fired power plants with regulated tariffs the flexibility to generate and blend electricity, a move aimed at curbing emissions.

The proposed blending policy, whenever it comes into effect, will ease the process for many project developers as it will eliminate the need for back-to-back power purchase agreement (PPA) signing with distribution companies (discoms). The discoms will not lose anything as they will continue to pay the same price as per the PPA contracts. In case we are able to procure renewable energy at a low cost, we can pass on the benefits to discoms.

Another important area that we are working on is to utilise our land bank. We will use this land bank for solar power development, because wind is anyway limited to specific sites. In this regard, we have already tied up with the Uttar Pradesh government for a land bank in Vellore. We are also working towards developing smaller capacities of about 20 MW wherever we have land available. Also, we would like to utilise the fly ash at our existing thermal plants, which will help us create more space for solar power plants.

In addition, there is a serious thinking on whether the time is right to look at merchant renewable power. I have been asking this question over the past two to three years from leading players in this sector, mainly EPC and project developers, but we have not seen any kind of initiatives in that direction. However, we are now seriously working in that direction, exploring the possibility that if we are able to buy renewable power, can we take that trading or merchant risk. Obviously, there will be some benchmark that will be set and it cannot be any market-determined price.

In the end, I think discoms will be looking at 24×7 power supply and we, as a generator, should be in a position to give them that 24×7 reliable power, which should be blended. It can be any combination of coal, gas, wind, solar or hydro-based power, because at the end of the day, once it reaches the grid, there is no differentiation as far as the power is concerned because it is of the same frequency.

In sum, NTPC will be playing its role to reduce its carbon footprint and we will be the major player in bringing down the overall carbon emissions per unit of generation in the country’s total power generation.