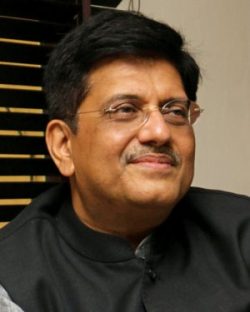 The Indian power sector is undergoing a transformation with the rapid growth in renewable energy and its integration into the mainstream power grid. More than half of the power capacity additions in 2017-18 have been in the solar and wind power segments. Meanwhile, an international dialogue around a global grid has begun taking shape. At the seventh India Energy Congress in New Delhi, Piyush Goyal, union minister of railways and coal, shared his views on the transition in the Indian power sector, the future beyond the 2022 targets and the country’s role in creating a global grid. Excerpts…

The Indian energy sector is making rapid strides as we move from an energy-deficit to an energy-surplus country. Transparency, along with economies of scale, has helped us bring down the price of different forms of energy, be it renewable sources of energy like wind and solar or thermal power, where the rationalisation of linkages has enabled a more honest and transparent methodology, giving everyone a fair opportunity to get coal linkages or access coal at reasonable prices. All of these things, I think, have brought back confidence in the power sector.

We are supporting a large population and the opportunities that we have in India today are among our biggest strengths. In that sense, we have become a laboratory for the world in terms of transitioning to a new age of technology, a new age of a cleaner energy mix. And, I must say, the efforts put in by all the stakeholders to prepare India’s transition to this new age are really remarkable.

I still recall the various reports on grid integration of the targeted 175 GW of renewable energy capacity. The last report we released was the Twelfth Annual Report on this subject, which exhibited the seriousness with which India is engaging in the task and the wide amount of knowledge that we have gathered to prepare ourselves to move forward into this new field of energy in such large measure.

The pace at which the solar segment has been working has helped it cross the 20 GW installed capacity mark a good four years ahead of schedule. We have advanced our 2022 target and completed it within 2017-18, which is truly a remarkable achievement. Going forward, this will only strengthen our resolve to achieve the 100 GW target. I believe wind energy prices have also right-sized themselves quite a bit. Competitive bidding has played a key role in bringing prices down.

There is, of course, a small lobby that still believes that inefficiencies can be passed onto the consumer. They have been trying to get back feed-in tariffs and have put up all sorts of arguments against honesty and integrity in procurement processes. But I think this is a phase of evolution that every sector goes through when transitioning to a new way of working.

Also, it does not matter whether the tariff is Rs 2.50 or Rs 3 per unit or thereabouts; it will, of course, vary based on the project location and the wind velocity. In 2022, with 175 GW of renewable energy capacity and possibly 50 GW of hydropower capacity, my sense is that we would be meeting 15-17 per cent of our actual power consumption from renewable energy. One can derive satisfaction from the fact that it has moved up significantly, from 3-4 per cent, or one can draw inspiration to see how we can go to the next level. I believe that with technological advancements, we will get better plant load factors (PLFs) for solar power and better wind generation with larger turbines. Moreover, as we tap offshore wind energy to generate much more power using wind that is stronger over the ocean, and as transmission costs become more reasonable in the context of the total cost of power and technologies that allow underground cabling, we should look at the next step where, along with our natural growth, we need to consider transitioning from 15 per cent to about 30 per cent share of renewables in the energy mix. This does not mean doubling, but probably quadrupling of our renewable energy sources. 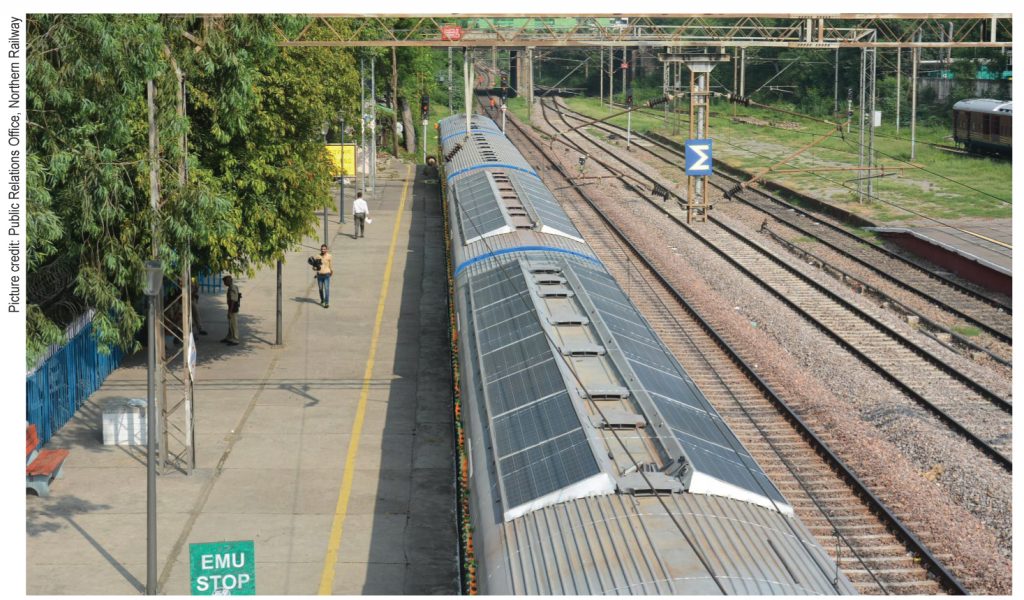 We could also possibly look again at our Leh-Ladakh programme (the Ladakh Renewable Energy Initiative), which we had aborted despite it giving us high PLFs because of the large transmission costs. With a lower generation cost, we could actually afford to pay a little more for transmission and the landed cost would still be very attractive in the long run. And it would probably give us power for a longer duration as the region has long hours of sunshine. Further, transparency and bidding in transmission have helped us bring some amount of stability in prices. My sense is that to encourage Make in India, we will need to have some large projects coming up. We must seriously look at the various emerging technologies that can help us transition to the next level.

We could all perhaps visualise a global transmission grid in which power would flow seamlessly from one region to the other, supported by the fact that the sun shines bright in different parts of the world at different times of the day, and the wind velocity is good in some areas as compared to other areas. To achieve the target of net zero carbon emissions by 2050 that many countries are talking of and that was discussed in Paris, we could truly imagine a world where we could transition to 100 per cent clean energy. That is the kind of vision that will set our generation apart from the past or the future. This is the kind of commitment that is required by all of us today to work towards creating a better, carbon-free world and leaving behind a better planet for the next generation to live in. I still recall when on January 1, 2017, we exported additional power to Nepal; which made it possible for people in the country to get power 24 hours a day. We should seriously look at the engagement for a global grid. Deserts in many parts of the Middle East or Africa could be great places to generate large amounts of solar power, given the availability of low-cost land and abundant sun by virtue of their geographic location being closer to the equator. At the World Economic Forum at Davos, the theme was “Creating a Shared Future in a Fractured World”. I had suggested that the theme would have been even more appropriate if we had said “Creating a Shared Prosperity in a Fractured World”.

I hope the Ministry of Power and the Ministry of New and Renewable Energy will at least start considering new ideas or initiate research in this direction and take up the Leh-Ladakh project again, not by directly giving it to the Power Grid Corporation of India on a nomination basis, but by competitively bidding for it.

“We have become a laboratory for the world in terms of transitioning to a new age of technology, a new age of a cleaner energy mix.”

“The pace at which the solar segment has been working has helped it cross the 20 GW installed capacity mark a good four years ahead of schedule. This is truly a remarkable achievement and will strengthen our resolve to achieve the 100 GW target.”

Views of Piyush Goyal: “The tariffs determined in the wind auction are quite fair”

The wind power industry has moved away from the feed-in tariff (FiT) regime to competitive bidding for tariff determination and project allocation. The first auction, held by the Solar Energy Corporation of India (SECI) in […]

Views of Piyush Goyal: “5 GW of solar is not difficult for the railways to achieve”

Views of Piyush Goyal: “Indian Railways will be a net-zero emitter of carbon”

As a part of the plans to significantly increase the share of renewables in the energy consumption pie, Indian Railways will have to come on board as it accounts for nearly 2 per cent of […]