As a part of the plans to significantly increase the share of renewables in the energy consumption pie, Indian Railways will have to come on board as it accounts for nearly 2 per cent of the national power consumption. At the second Global RE-INVEST India-ISA Partnership Renewable Energy Investors Meet & Expo organised by the Ministry of New and Renewable Energy (MNRE), Piyush Goyal, union minister of railways and coal, shared his views on India’s move towards renewables and the plans to decarbonise Indian Railways. Excerpts…

India is set to provide inspiration to the entire world in making renewable energy the ultimate source of all energy. This will ensure the development of a net-zero or a carbon-free world. While these goals are quite ambitious, they are certainly doable, and every target and aspiration can be achieved. This is mainly due to the confidence instilled by last year’s dynamism and rapid progress made in the renewable energy sector. The country’s renewable energy generating capacity has increased on a rapid scale and a total of 72 GW has been achieved in a short span of time. This trend is going to continue in the years to come.

While it is often remarked that solar power is transforming India, it is actually the other way round. The country has given a rapid and expansive thrust to solar energy and set a target to scale up capacity from just 2.5 GW to 100 GW by 2022. This has proved to the world what economies of scale and transformational policies to achieve ambitious goals can lead to. The complete transparency and equal opportunity provided by the advent of competitive bidding have helped drive down solar power prices to below thermal-or coal-based power costs. This has led to the creation of a huge market opportunity, with large volumes making power production at competitive prices extremely viable.

India has embarked on probably the world’s largest ramp-up of renewable energy ever witnessed. The ultimate aim is to not only be the base on which we will rapidly expand further, but become a largely renewable energy-driven power sector. Going forward, the costs of energy storage are also going to become more affordable.

Our country has also embarked on probably one of the world’s most ambitious programmes, Saubhagya, to ensure that every household in the country has access to electricity in the next few months. This programme has been hugely successful and has been adopted with a lot of enthusiasm by the entire country.

Coming to solar power, India has had willing buyers for solar power, even at Rs 17. They realised that the tariffs would be higher in the initial period. However, once the National Solar Mission would take off, larger volumes and economies of scale would slowly prevail, giving rise to domestic manufacturing and innovation. When the government announced the 100 GW target way back in 2015 or end 2014, the ultimate vision was to see India leading the world in renewable energy. It was also to show the way towards cost effectiveness by ensuring the development of economically viable projects that stand on their own feet without subsidy.

The country also embarked on a mission to change the entire country’s lighting from the old, power-guzzling incandescent bulbs to LED bulbs. It had set an ambitious goal to save Rs 400 billion in consumers’ electricity bills, significantly reduce household power consumption, and bring down the wasteful use of electricity to light streets, homes, offices and factories. The country had a big goal to replace 770 million bulbs in a short span of four years. Ultimately, 1.3 billion citizens adopted it.

As per the Unnat Jeevan by Affordable LEDs and Appliances for All (UJALA) mobile application, while Energy Efficiency Services Limited (EESL) has been able to cross the 300 million target itself, the private sector has also chipped in with about 910 million LED bulbs sold so far. Collectively, 300 million have been sold by EESL and 900 million by the private sector. Hence, 1.21 billion LED bulbs have been sold in the country and the deadline of four years is not yet over from the time the first LED bulb was sold on May 1, 2015.

In just three years and six months, the target of 770 million LED bulbs has been exceeded by the collective effort of the government and the people of India by installing 1.21 billion LED bulbs. This has brought down the cost by nearly 87 per cent in the short four-year period. Even on a global scale, India has actually led the world’s efforts to make LEDs a household product, to make LEDs affordable. More and more countries in various corners of the world are now moving towards ambitious targets for replacing old light bulbs with LED lights.

Indian Railways too is going to contribute to and promote renewable energy development and encourage domestic manufacturing of equipment on a large scale. The Ministry of Railways and the MNRE are planning to work together on a programme that will assure 10 GW procurement of solar power by Indian Railways over the next five years. This power will be procured from projects using Made in India products only. As Indian Railways is a government entity, it can procure Made in India products as per the conditions of the World Trade Organisation. The five-year time period can be made longer, that is, it can be 20 GW of assured solar power procurement by Indian Railways for the next 15 or 20 years.

In conclusion, renewable energy comes very naturally to India as this nation has always been very conscious of avoiding waste. From the perspective of the entire ecosystem, every element of waste including energy waste, food waste and plastic waste is damaging the world and harming the human race. India can show the world a new path, which Indians have inherited from their ancestors, a part of their tradition where wasting has always been looked down upon. The people of this country need to bring that consciousness on waste to people not only in India but across the world as well. India can engage with other partner countries around the world to remind them that each form of waste adds up to a huge amount of cost, not only economic cost, not only social cost but also huge human cost. Going forward, India is going to continue on its path of unparalleled success in renewable energy deployment and lead the world to the next level of clean energy. It will show to the world that India is committed to leaving behind for the next generation a better future and a better planet. 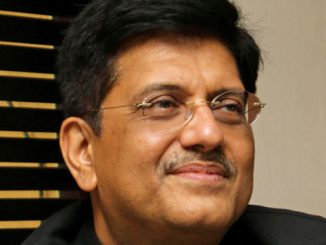 March 2018
The Indian power sector is undergoing a transformation with the rapid growth in renewable energy and its integration into the mainstream power grid. M...
More

August 2017
The wind power industry has moved away from the feed-in tariff (FiT) regime to competitive bidding for tariff determination and project allocation. Th...
More