Indian Railways (IR) has one of the largest railway networks in the world and is among the largest consumers of electricity in the country, and is thus, by extension, the largest consumer of coal. In a bid to decarbonise and achieve energy efficiency, the railways has set a target to reduce its emissions by 33 per cent of the 2005 levels by 2030. In 2015, it had set a target of installing 1 GW of capacity, of which 37 MW of wind and 16 MW of solar capacity has been commissioned as of March 2017 and over 500 MW of projects have been tendered. On track to achieve its current target, it has set its sights on  installing 5 GW of renewable energy by 2025 at an investment of around $3.6 billion. At the National Conference on Decarbonising the Indian Railways, organised recently by the Council on Energy, Environment and Water, and the United Nations Development Programme, Piyush Goyal, minister of state (independent charge) for power, coal and renewable energy and mines, spoke about IR’s renewable energy commitments and the way forward. The following are excerpts from his address…

It is good to see Railway Minister Mr Suresh Prabhu’s enthusiasm and the way the entire railways system is geared up to power the railways in a more energy efficient manner. A potential solar capacity of 5 GW is being looked at for the railways. This is not difficult to achieve. The railways have about 8,500-odd stations. The Katra experiment has been extremely successful in terms of achieving energy efficiency. In fact, there are announcements that a large number of railway stations will soon be powered by solar energy. Since railway operations require power even during the daytime, generating power through solar makes eminent sense. Besides, solar energy can power offices and facilities to provide clean drinking water. It can also cater to platform shops that need power. Solar energy may even help power coaches when they arrive at the station. 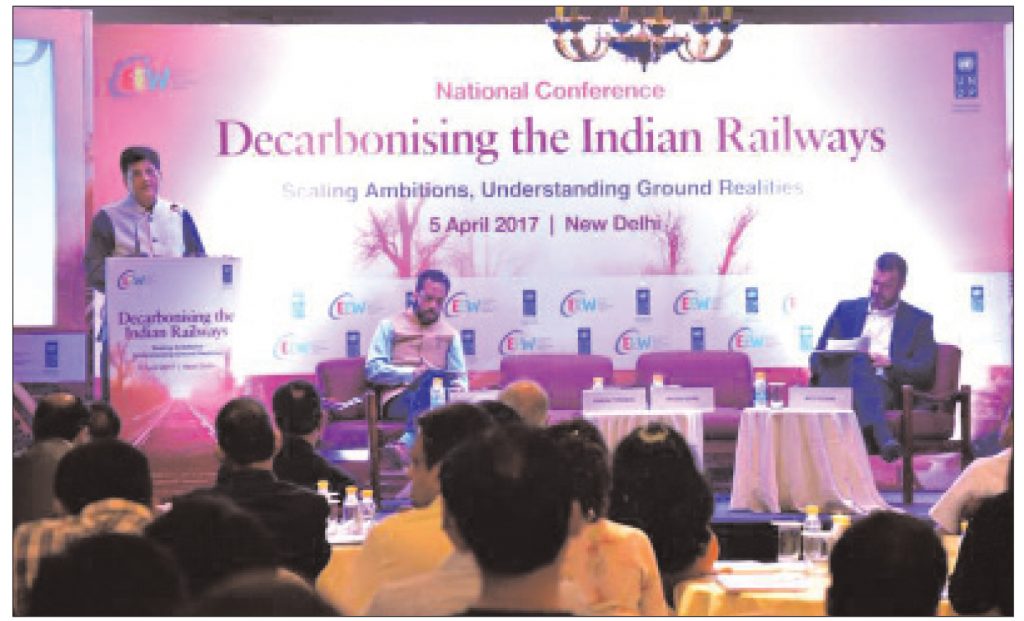 But IR faces a major problem of land encroachment. I believe that there can be no better solution than to use this land for solar installations. In Mumbai, IR must have lost very expensive real estate to encroachment. However, if all that land could be used for solar installations, including the land where projects have been stalled due to the lack of funds or absence of right of way, it will benefit the sector. There are projects that were announced as long as 40 years ago, which have still not been completed. The government is trying to operationalise them so that they can start serving the people by transporting passengers and carrying freight, thereby earning  revenues for the railways. If we install solar panels on this land, it would not be difficult to move them at any point of time when the land is required.

Clearly, 5 GW of solar is not difficult to achieve and I hope that the railways will only use domestic equipment to meet its requirements and not allow any imports. As far as modules are concerned, we have enough capacity, but for cells, I am trying to encourage people to set up more capacity. Once the manufacturers have visibility of business and demand, I am sure more investments will come in. As we get polysilicon wafers into the country, we will make it compulsory to use only domestically produced wafers. 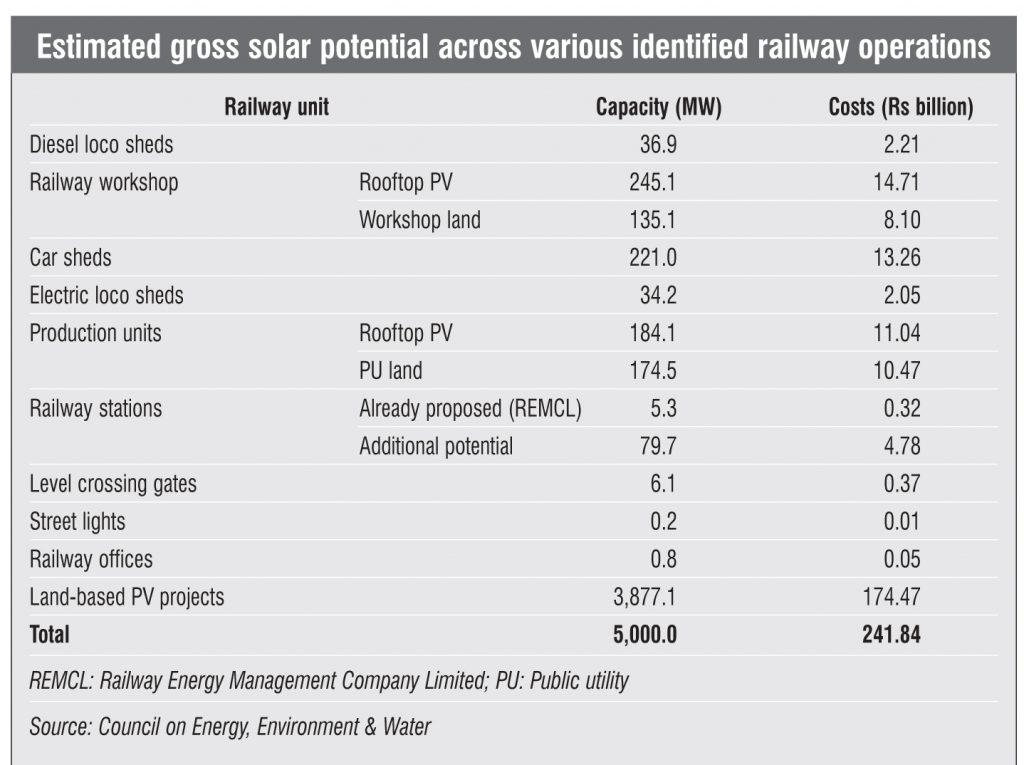 The railways has also implemented an excellent programme to accelerate the electrification of railway lines, which will also bring down energy costs significantly. The programme, called “Mission 41K”, is aimed at saving energy worth Rs 410 billion. Besides, the use of diesel also needs to be discouraged; it is certainly not doing us any good. We are importing petroleum products when we have so much sun, wind and water in the country. Therefore, we should try to expand our renewable energy footprint; it is good for the country and for the next generation. In my opinion, the railways has planned a far more efficient utilisation of sources of energy. It has supported the restarting of  the Ratnagiri power plant by agreeing to buy 500 MW of gas-based power from the plant. The move will help the liquefied natural gas (LNG) terminal to restart and then expand so that LNG becomes an independent and profitable business vertical. In addition, the plant will provide enough power so that the auxiliaries are taken care of.

Now, when power has become affordable, we are going to improve the financial health of discoms so that they are able to provide 24×7 power to the entire country. This will be a challenge for renewables because the price has to come down, which has been successfully achieved. The recently concluded first competitive bidding for the wind segment saw prices fall to Rs 3.46 per unit, but this price is applicable to certain regions where the wind load factor is very high. It may not necessarily be a benchmark, but I am confident that as the volumes increase, the prices will be even lower. It’s the power of scale. India added over 5,000 MW of wind power in 2016-17 alone, which is more than double that in the previous year. As far as solar is concerned, the cumulative capacity has grown by four times of what existed three years ago. This has added scale, helped introduce new technologies and lowered the price of solar to affordable levels. Otherwise, ultimately, one cannot support renewables if they are not at competitive prices. 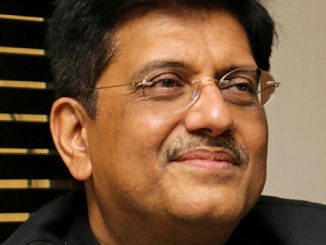 November 2018
As a part of the plans to significantly increase the share of renewables in the energy consumption pie, Indian Railways will have to come on board as ...
More 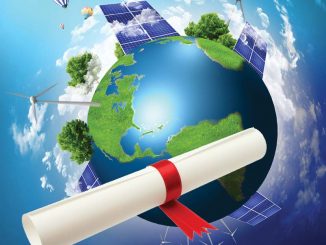 March 2017
The Central Electricity Regulatory Commission (CERC) is in the process of determining new forbearance and floor prices for renewable energy certificat...
More