The India Grid Trust (IndiGrid), the power sector’s first infrastructure investment trust (InvIT), successfully completed its initial public offering (IPO) in May 2017. Sterlite Power Grid Ventures Limited (SPGVL), a leading private transmission developer, is the sponsor for IndiGrid. The IPO was oversubscribed 1.35 times on the last day of the offering (May 19, 2017) after receiving a subdued response on the first two days. On the day before the opening of the IPO, the InvIT raised over Rs 10.12 billion from anchor investors. Following the IPO, on June 6, 2017, the InvIT units were listed on both the National Stock Exchange and the Bombay Stock Exchange.

Through the IPO, IndiGrid has raised

Rs 22.5 billion. The IPO had a price band of Rs 98-Rs 100 per unit and bids were to be made for a minimum of 10,206 units and in multiples of 5,103 units thereafter, translating into a minimum investment of over Rs 1 million. This is the country’s second IPO by an InvIT after the IRB InvIT Fund, in the road sector, which successfully completed its IPO earlier in the same month and was oversubscribed 8.57 times. IndiGrid’s issue received bids for over 170 million shares against the total issue size of 126.3 million. The institutional investors’ portion was oversubscribed 1.14 times and the other investors’ (non-institutional and high net worth individuals) portion 1.59 times. As part of the anchor book allocation, the InvIT units were allotted to a total of 19 institutional investors at Rs 100 per unit (the face value of each share). These include the Deutsche Global Infrastructure Fund, the Future Fund Board of Guardians, Jupiter South Asia Investment Company Limited, Edelweiss Tokio Life Insurance Company Limited and Reliance General Insurance Company Limited. “We have seen a strong response to our InvIT issue from all categories of investors. India now formally has a new avenue for infrastructure financing and we are proud to have played a role in its creation,” says Pratik Agarwal, chief executive officer, SPGVL.

SPGVL launched IndiGrid in October 2016, in order to reduce its debt burden and invest in future projects. Subsequently, IndiGrid filed the draft red herring prospectus (RHP) and the RHP with the Securities and Exchange Board of India (SEBI) in December 2016 and May 2017 respectively. The draft RHP initially proposed to raise Rs 26.5 billion, which was scaled down to Rs 22.5 billion in the RHP. Of the total proceeds, Rs 16 billion will be used for the repayment of loans. While SPGVL is the sponsor of the issue as well as the project manager, Sterlite Infraventures Limited, a subsidiary of Sterlite Power Transmission Limited (SPTL), is the investment manager and Axis Trustee Services Limited is the trustee. Morgan Stanley India, Citigroup Global Markets India and Edelweiss Financial Services were the lead managers for the issue. The issue received a corporate credit rating of AAA/Stable from Crisil, IrAAA/Stable from ICRA, and IND AAA/ Stable from India Ratings. 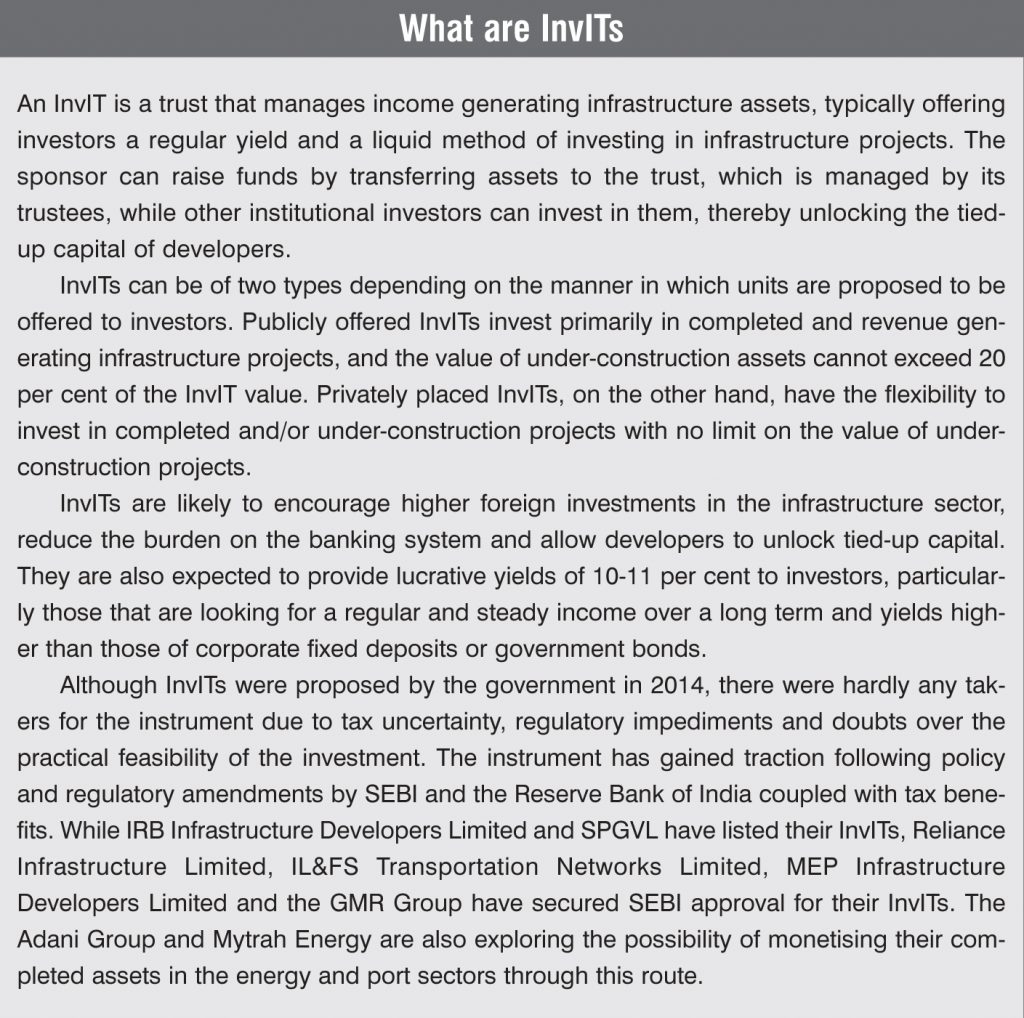 SPGVL is a wholly owned subsidiary of SPTL, a leading provider of cables, conductors and technology solutions in the power transmission segment formed after the demerger of Sterlite Technologies’ power business in May 2015. All these companies are a part of the Vedanta Group. SPGVL owns 11 projects including 7,733 ckt. km of extra high voltage transmission lines and nine substations with a total transformation capacity of 13,890 MVA. It won all these projects on a build-own-operate-maintain basis via the tariff-based competitive bidding process. Of these projects, five have been commissioned while the others are at various stages of development. SPGVL also recently won bids for two transmission projects in Brazil.

To begin with, SPGVL has transferred two of its operational assets operated by special purpose vehicle (SPV) companies Bhopal Dhule Transmission Company Limited (BDTCL) and Jabalpur Transmission Company Limited (JTCL) to IndiGrid. These form IndiGrid’s initial portfolio of assets (IPAs). IndiGrid will have the right of first offer (ROFO) for eight of the remaining nine SPGVL projects aggregating 4,831 ckt. km. The ROFO becomes effective from the day of listing of the units and remains valid for seven years thereafter. ROFO has to be offered within 36 months from the assets’ commercial operation date (COD). For the purchase or divestment of any of the assets, IndiGrid needs the approval of the unit holders. In case SPGVL does not accept the price quoted by the InvIT for the ROFO assets, it can sell to a third party only if the equity value is at least 10 per cent higher than IndiGrid’s offer.

The IPAs, BDTCL and JTCL together operate eight power transmission lines with a length of 1,936 ckt. km and two substations with a capacity of 6,000 MVA across four states. These SPVs have a licence to operate the transmission assets for 35 years from the COD. It may be renewed in accordance with the transmission service agreements (TSAs). The assets will have a useful life of 50 years with periodic maintenance. The revenue for these projects is the transmission tariff (comprising fixed and variable components), which is settled through the point-of-connection mechanism. In addition, there is an incentive based on availability. As per the TSAs, the two SPVs are eligible for incentives if the annual availability factor is over 98 per cent and will be subject to penalties if availability falls below 95 per cent. Both BDTCL and JTCL have recorded an availability of over 99 per cent since their COD.

As per the SEBI regulations, IndiGrid will distribute 90 per cent of its cash generation to the unit holders at least twice a year. Since the power transmission business is considered a safe investment with an assured income stream, the instrument is expected to provide a lucrative yield for a longer tenor. The estimated yield on the product is 10-11 per cent.

The InvIT market is expected to mature over the next few years, but is for now facing multiple challenges that could restrict the penetration of InvITs in the infrastructure and power sectors. Given that InvITs are a new product and are an uncharted territory for investors, both the listed InvITs have been trading below their issue price since their listing on the stock exchanges. According to experts, one of the reasons for this is the setting of a minimum size of about Rs 0.5 million by SEBI for investing in the InvIT post-listing. This is considered too high and limits investor participation. The reduction in this size could increase participation and improve the performance of these units. It is also believed that the payment of first dividends and the establishment of a firm yield will boost investor confidence in the product.

The initial challenges notwithstanding, the successful listing of IndiGrid on the bourses has opened up a new window for other transmission system firms to exit completed projects and deleverage their balance sheets. 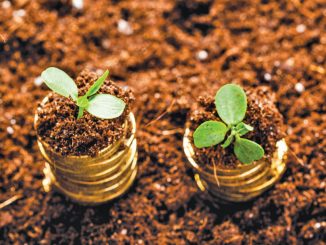 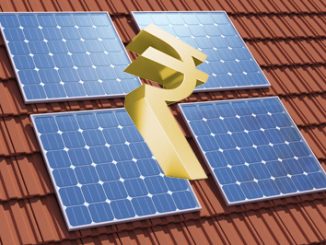