Given the significant role of discoms in the power sector, their finances have an impact on power producers as well, particularly in the renewable energy sector where project margins and returns on investment are largely dependent on the offtaker. Discom finances are influenced by a host of factors and have a considerable impact on power generation, scheduling and forecasting as well as on the disbursement of subsidies for renewable power generators.

The electricity generated in India comes largely from thermal power plants. Therefore, coal prices and policies have a significant impact on discom finances. Most of the coal-based power projects implemented after 2008 have experienced considerable capital cost escalation owing to delays in execution. Delays in land acquisition and clearances from the government, the depreciation of the rupee against the dollar for projects using imported boiler, turbine and generator equipment, and challenges in securing funding are some of the key issues leading to cost overruns. In May 2016, Coal India Limited (CIL) revised the pithead run-of-the-mine prices of all grades of non-coking coal, which led to a 14-18 per cent increase in coal prices, thus increasing the cost of generation by 9-10 paise per kWh.

Further, the Ministry of Railways rationalised the freight rates for coal transportation, revising them upwards for distances between 200 km and 700 km, and downwards for distances greater than 700 km. In addition, the Railway Board levied a coal terminal surcharge of Rs 55 per metric tonne at both the loading and unloading points for distances beyond 100 km.

These factors have led to an increase in the levellised tariff of thermal power from Rs 2.50 per kWh in 2006 to Rs 4.20 per kWh in 2016. Thus, discoms are now reluctant to invite bids and sign long-term power purchase agreements (PPAs) at the higher tariffs offered by developers. As a result, 26 GW of recently commissioned and under-construction capacity in the private independent power producer (IPP) segment does not have long-term PPAs.

Another significant issue plaguing discom finances is the high level of aggregate technical and commercial (AT&C) losses. The AT&C loss levels of discoms vary widely across states, with significantly higher losses (more than 25 per cent) in states such as Bihar, Haryana, Madhya Pradesh, Odisha, Rajasthan, Uttar Pradesh and West Bengal. Given that many discoms in these states are following the Ujwal Discom Assurance Yojana (UDAY) guidelines, these losses are expected to reduce in the near future.

Together, these issues are affecting retail tariffs, which have been increasing steadily over the past three to four years. However, the rate of average tariff hike has declined from 14 per cent in 2012-13 to 7 per cent in 2013-14. Tariffs increased by 9 per cent in 2014-15 before falling again to 4 per cent in 2015-16 and 2016-17. During 2017-18, based on the tariff orders issued so far in 18 states, the average tariff hike continues to remain modest at about 4 per cent. Moreover, despite the rise in tariffs, the gap between the average cost of supply and the average tariff realised per unit for discoms persists across most of the states, resulting in the discoms running at a net operational loss. This can be seen from the fact that the discoms had a total accumulated book loss of Rs 4.1 trillion as of March 2015.

The tariffs for power generated from solar photovoltaic plants have been declining consistently. In the Bhadla tender in 2017, the tariff fell from Rs 12 per kWh in 2011 to Rs 2.44 per kWh. This makes solar power cheaper than wind power (average tariff of Rs 4.80 per kWh) and thermal power (average tariff of Rs 3.40 per kWh). The trend is expected to continue in the upcoming tenders as well. However, given the low market share of solar compared to thermal power, the reduction in solar power tariffs may be offset by rising thermal power tariffs, thus straining the finances of discoms.

UDAY scheme was launched by the government to improve the financial health of the discoms. Its key objectives are to enhance the operating and financial performance of the utilities by enabling tariff competence and reducing AT&C losses. The governments of 27 states and union territories (UTs), accounting for about 97 per cent of the overall debt of the distribution utilities as of September 2015, have signed MoUs with the Ministry of Power for the implementation of the scheme for achieving an operational and financial turnaround of their distribution utilities. The scheme is expected to result in a cumulative benefit of Rs 1,520.77 billion for all discoms.

Under the scheme, bonds worth Rs 2.32 trillion have been issued by the states and discoms towards refinancing the discoms’ debt, improving the liquidity profile of the discoms. This represents 86 per cent of the total bonds to be issued as per the MoUs signed. The bonds issued so far constitute state bonds of Rs 2.09 trillion towards discom debt takeover and discom bonds of Rs 240 billion towards the leftover debt. As against the overall debt to be taken over by the state governments in 15 states as part of UDAY, only about Rs 990 billion has been taken over as equity or grant, while the remaining has been extended as state government loans to the discoms and will be subsequently converted to equity or grants over the next three to four years.

However, UDAY is facing some challenges in reducing discom debt. One of the biggest challenges is the high AT&C loss levels (of 28-61 per cent) for discoms in Bihar, Chhattisgarh, Haryana, Jammu & Kashmir, Jharkhand, Rajasthan and Uttar Pradesh. The ability of the discoms in these states to reduce their losses to the stipulated levels in a timely manner is critical to their financial well-being.

Nevertheless, discoms have, in recent years, enjoyed a favourable coal supply situation. These supply-side tailwinds can be attributed to increased government focus on providing faster clearances, and better cooperation amongst states in acquiring land for ongoing mining projects. In addition, the new coal allocation policy to improve the supply of domestic coal to IPPs has also worked in favour of the discoms.

Under the new policy, IPPs with existing PPAs will be awarded coal linkages through an auction process at a discount on the quoted tariff. In this context, aggressive bidding to secure coal linkages may lead to a risk of under-recovery in variable costs. For IPPs without PPAs, linkages will be made available through the auction route with the bid parameter at a premium over the CIL-notified price. The policy has also included a provision to allocate domestic coal to projects based on imported coal through the auction route.

These factors are expected to standardise coal allocation and ensure a reliable supply of coal for IPPs. This, in turn, is expected to have a positive impact on discom finances by allowing power producers to optimise their production costs and passing on the benefits to the discoms.

The concrete steps taken by the central and state governments towards improving discom finances are expected to have a positive impact. Although the discoms are currently facing significant financial challenges, they have also been showing improvements in their financial and operational performance. Moreover, with a reduced interest burden owing to the state governments taking over a significant portion of the discom debt, the discoms have increased investments in the distribution network, which will help them reduce their AT&C losses. n

Based on a presentation by Sabyasachi Majumdar, Senior Vice-President and Head, Power Sector Ratings, ICRA Limited

September 24, 2020
Power distribution has remained the weakest link in India’s power sector for a very long time. While the generation and transmission segments have ...
More 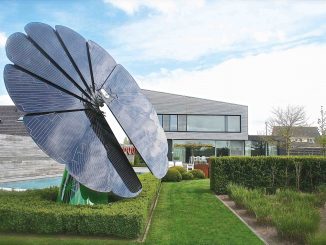 March 5, 2017
A global shift towards renewable energy has been observed in the past few years. In addition to the wide-scale adoption of the existing renewable ener...
More