With the growing demand for telecom services, the energy consumption for network operations has also increased significantly. The availability of power on a 24×7 basis is, therefore, a prerequisite for ensuring seamless communication and maintaining quality of service.

However, the absence of uninterrupted grid power at the majority of sites has forced companies to rely on non-grid sources, the most common alternative being diesel generator (DG) sets. As a result, diesel costs account for a significant part of the overall opex of a tower site. In addition to cost implications, the use of diesel has a serious environmental impact as well. The annual carbon dioxide emissions on account of diesel used at telecom tower sites is estimated to be around 10 million tonnes. The telecom industry thus accounts for around 1 per cent of the country’s total carbon dioxide emissions, which is much higher than the global standard of 0.7 per cent. Diesel pilferage is another major challenge in rural areas. According to industry estimates, tower companies lose around Rs 22 billion every year because of diesel theft, which adds to the overall costs.

In order to reduce opex as well as the carbon footprint, many telecom operators and tower companies are experimenting with alternative sources of energy. Telecom companies are now increasingly turning to renewable energy solutions to reduce emissions, energy costs and diesel logistics costs.

Solar power is currently the most commercialised technology among the renewable energy solutions used for powering towers. It is best suited for rural regions, which offer a large area of land for panel installation. Meanwhile, in urban areas, rooftop solar is gaining acceptance. With a decline in panel prices in recent years, solar is becoming a more financially feasible option, apart from being the most easily deployable one. At present, solar sites account for 10 per cent of tower companies’ portfolios.

Wind energy is also being deployed for telecom networks in rural areas in states like Tamil Nadu, Karnataka, Gujarat, Maharashtra, and in parts of Odisha, Andhra Pradesh and Madhya Pradesh where annual average wind speeds of 5-6 metres per second are available.

Another popular source of renewable energy is biomass, which is an economically and commercially viable solution for rural sites with an average load of over 5 kW and grid outages of more than eight hours. The feasibility of jatropha oil, a biofuel available in sufficient quantities in rural areas, for powering telecom sites is also currently being tested.

The use of fuel cells for telecom towers is also being explored. To this end, telecom companies like Idea Cellular and Indus Towers have undertaken pilot projects. However, the limited availability and high price of the fuel are key challenges that need to be addressed for the large-scale adoption of fuel cells.

Currently, hybrid solutions that combine renewable energy technologies with DGs and batteries are being deployed at most telecom sites. The hybrid system does require DGs but for a shorter duration. The system is designed to give priority to renewable power so that the operation of generators can be minimised. However, fuel cells are being installed as a stand-alone solution, replacing the existing DGs at some telecom sites.

On the policy front, the Department of Telecommunications (DoT), through a directive issued in January 2012, mandated stringent targets for implementing green technologies in the telecom sector. As per the directive, 50 per cent of rural sites had to be powered by renewable energy sources by 2015 and deployments in rural areas were required to go up by 75 per cent by 2020.

However, these guidelines were considered too ambitious, almost unrealistic, given the financial and technical challenges faced by operators. In March 2016, DoT referred the matter to the Telecom Regulatory Authority of India (TRAI). The latter was asked to review the green energy norms by assessing the current status of renewable energy technology deployment and taking stock of the new activities in this space, especially with the introduction of new cost-efficient energy solutions and advances in battery technologies.

Against this backdrop, TRAI recently issued a consultation paper, “Approach towards Sustainable Telecommunications”, which outlines the significance of energy efficiency in telecom networks, discusses the various renewable energy solutions for telecom networks and gives suggestions for optimising network performance in terms of energy demand.

The telecom industry has taken various suo moto initiatives to minimise the consumption of diesel at tower sites and increase their reliance on renewable energy sources. According to the Tower and Infrastructure Providers Association (TAIPA), the industry had installed 89,000 diesel-free sites as of September 2016. Diesel consumption at these sites is less than 400 litres per year or around 1 litre per day.

On the operator front, Bharat Sanchar Nigam Limited (BSNL) has recently completed the installation of 2,199 solar-powered mobile towers in Naxal-affected regions across 10 states. The project was executed by BSNL with the help of domestic vendors, Vihaan Networks Limited and Himachal Futuristic Communications Limited, at a total cost of Rs 35.68 billion.

Meanwhile, Bharti Airtel in February 2016 announced the migration of 40,000 of its telecom towers across the country to green technology as a part of its Project Leap. These towers are designed to operate largely on battery hybrid, lithium-ion and solar hybrid solutions, and consume a less quantity of diesel. Going forward, the operator plans to adopt solar and new battery technologies in a big way and double the number of its green telecom towers by 2020. The company has already installed rooftop solar power capacity of 770 kWp and plans to increase this capacity to 1 MWp in the coming months as well as enhance renewable energy wheeling by solar/wind/hydro on core sites, thereby consuming more than 65 GWh of green energy annually.

In January 2016, Reliance Jio Infocomm Limited announced that it has started deploying green telecom towers in Maharashtra. These towers utilise only one-fourth of the power consumed by the existing conventional towers. These pollution-free towers operate on lithium-ion batteries, thus eliminating the need for space and diesel generators.

Adoption of the RESCO model

In 2012, the telecom industry adopted the renewable energy service company (RESCO) model, under which the RESCO sets up renewable energy-based power plants near telecom towers and sells power to telecom companies at a predetermined cost based on a pay-per-use model and with committed long-term power purchase agreements (PPAs). The power generated by the RESCO is off-grid and can be sold to the communities in areas near the power plants.

However, until now, the model has had limited uptake, with only two RESCOs engaged in the deployment of renewable energy technologies at 1,100 sites as of September 2016. Challenges with regard to scalability, financial viability and non-bankable business models have deterred the adoption of the RESCO model, which otherwise holds immense potential in energy management at tower sites.

Although go-green has emerged as a popular theme in the telecom space over the past few years, the stressed financial position of operators has discouraged them from investing the huge sums required to set up capacity to generate energy from alternative sources. At a time when companies are struggling to meet even their operational expenditure, the large-scale capex requirement for deploying renewable energy solutions is challenging. In addition, most renewable energy sources need to be accompanied with appropriate storage solutions, which further adds to the capex.

Given the fact that the energy needs of the telecom sector will continue to grow even more over the next few years, with the deployment of a large number of mobile towers and increased uptake of data services, the government will have to provide  financial incentives to tower companies. These could be in the form of tax holidays or accelerated depreciation to make up for the additional capex needed for deploying renewable energy solutions. 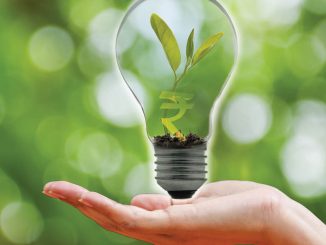 Positive Trend
Strong profits reported on the back of high revenues 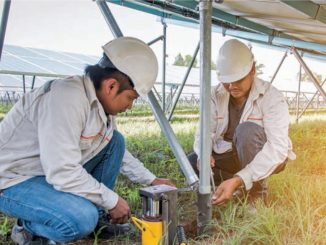