In the post-Fukushima era, nuclear energy has ceased to exist as a source of power generation. Therefore, the country has been looking at options to develop efficient and green sources of power. Among these, wind energy is increasingly being harnessed in the country. However, Japan has erratic wind patterns and a recurring problem of destructive typhoons that leave the wind turbines damaged beyond repair. Last year, at least six deadly typhoons made landfall in Japan. It is, therefore, extremely difficult for conventional turbines to harness wind power in Japan.

Taking advantage of a scientific phenomenon, the magnus effect, the turbine is able to transform wind energy into electricity. According to this effect, a cylindrical structure rotating in a flow of wind experiences a strong pull perpendicular to the direction of flow. This is similar to the concept that makes a spinning cricket ball swerve from its path, commonly known as “the swing”. The rotating vertical columns of Shimizu’s turbine create a magnus effect, which propels the entire system. To avoid over-rotation in typhoon-like conditions, the speed of the cylinder’s rotation can be adjusted, which, in turn, controls the speed of the turbine. By halting the cylinders, the turbine can be stopped completely as required. In addition, instant adjustment of cylinder rotation is possible, thereby providing stable wind generation even in the face of sudden wind speed changes. The vertical columns of these wind turbines eliminate the need for propellers while also resolving issues such as bird collisions and noise pollution commonly associated with propeller-based turbines.

Japan’s wind power generation has not advanced in line with that of the rest of the world, primarily because of its intermittent wind patterns and hilly terrain that prevent the erection of and generation from wind turbines of existing designs. Challenergy’s wind design takes advantage of these issues by propelling the turbine by itself, thereby creating an exclusive wind pattern and utilising the wind speeds available.

One of the key features of Challenergy’s turbine is that it can withstand typhoons. The columns of the turbine use the strong winds to rotate faster, thereby propelling the turbine at higher speeds for more efficient generation.

Conceptualised after the Fukushima disaster in 2011, the company was granted its first design patent in 2013. Shimizu then looked at crowdfunding as a source to carry out research so as to improve the efficiencies of the system as well as make it commercially viable. Shimizu further developed the design at the incubator workshop and qualified for funding from the New Energy and Technology Development Organization, a government research group.

However, the size of the turbine has proved to be an impediment to the commercialisation of the concept. A 1 kW turbine  has a 3-metre diameter. For any commercial establishment, such as a hotel or a hospital with about 10 kW of power consumption, a turbine with a 10 metre diameter would be needed, which would require a large amount of unused space. Working around this disadvantage, the company plans to install its turbines at places that are more prone to typhoons. It also  plans to extend its installations to other archipelagos such as Indonesia that are hit by typhoons every year.

The company has plans to commercialise this technology for power generation as well as provide energy for other operations. Challenergy wants to use its turbines to power the electrolysis of seawater and generate hydrogen gas that can be stored as fuel. Shimizu sees typhoons, hurricanes, cyclones and other natural disasters as huge reservoirs of energy waiting to be tapped with the help of innovative designs such as the vertical axis wind turbine.

Currently, Challenergy’s wind turbine is under production while further research and development is being conducted to improve efficiencies. A 1 kW system has already been installed in Nanjo City, Okinawa, and the company expects to commercialise the technology by 2020. 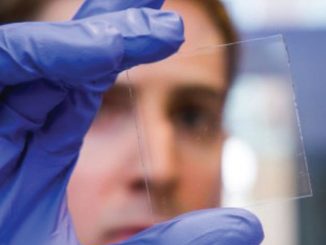 August 2017
With a growing focus on energy resilience, there is pressure to incorporate energy efficient technologies in existing and new infrastructure. Passive ...
More 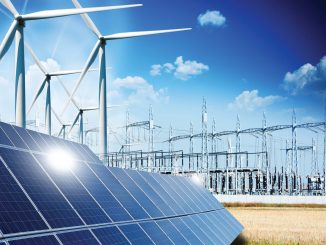