BlueFloat Energy, Energy Estate, and Elemental Group have announced plans to build a 900 MW wind project offshore from South Taranaki, New Zealand. The offshore facility, which is 22 km from the coast, is the first of four projects slated for the Aotearoa region that could contribute up to 5 GW of renewable energy capacity. The South Taranaki project will be constructed at a location that has space for several offshore wind farms created by various companies.

These wind farms would be compatible with one another, helping to accelerate the region’s clean energy transition. Over the course of the project’s development, operation, and maintenance phases, at least 600 jobs are anticipated to be created. It would provide enough clean energy to power around 440,000 homes. The project is currently in the feasibility stage, and the consortium expects that development on the site might begin as early as 2030.

In May 2022, Falck Renewables and BlueFloat Energy joined forces to build a 975 MW floating wind farm off the coast of Sardinia. The Tibula Energia project would be located between 25 and 40 km off the island’s north-eastern coast and would include 62 floating wind turbines which will be “almost imperceptible” from the ground. The offshore wind farm is expected to generate more than 3.4 TWh of electricity while offsetting more than 1.6 million tonnes of carbon dioxide emissions each year.

May 31, 2022
TotalEnergies has added solar project developer Core Solar to its renewable energy portfolio in the US. Under the terms of the deal, Core Solar’s pr...
More 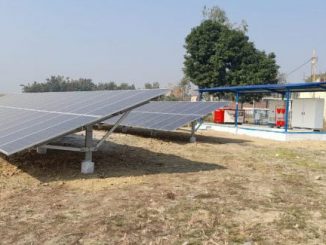 August 12, 2022
Headquartered in Kolkata, West Ben­g­al, Hamara Grid Private Limited was founded in July 2020 with a vi­si­on to provide services in the rural min...
More