Countries worldwide are in constant pursuit of greener and cleaner technologies to generate power from the limited set of sources available in nature. Power generation from renewable energy sources has reached parity with that from conventional forms. Countries like China and Germany are at the forefront of the renewable energy revolution while India is aggressively chasing its targets. However, the portability of energy derived from cleaner sources has been a constant challenge. Conventional batteries use elements such as lithium-ion and lead-acid, which are toxic, have a serious risk of explosion and are cost-intensive. In addition, the disposal of such batteries is often questionable and harmful to the environment.

A team of scientists, including Dr R.K. Kotnala and his research partner Dr Jyoti Shah, at the National Physical Laboratory, Delhi, have invented a device that can generate power using only a few drops of water at room temperature without the help of any external power or chemicals. The device, called hydroelectric cell, is able to generate about a quarter ampere current at less than 1 V, which is sufficient to power a small plastic fan.

The team used nanoporous magnesium ferrite to split the water molecules into hydronium and hydroxide ions spontaneously. Silver and zinc electrodes act as anode and cathode to create a cell that produces electricity. Since magnesium has a high affinity for the hydroxide ion, it acts as the dissociating agent, thus breaking the water molecule into its two components. The hydronium ions are trapped inside the nanopores of the magnesium ferrite cell to generate an electric field through which the current is produced.

A Magnesium ferrite cell of 2 inch diameter generates 82 mA of current and 0.9 V. When four cells of this dimension are connected in series, the voltage generated can be increased to 3.7 V, enough to power an LED bulb of 1 W. The bulb can be powered for about a week at a stretch, after which zinc hydroxide, the anodic terminal, begins to get trapped in the pores of the magnesium ferrite, thereby diminishing its activity.

The hydroelectric cell is similar to the dry cell used commonly in torches and remote controls, except that it uses water as a source of generating power instead of harmful chemicals. The scientists worked on the device for 13 years, of which 11 years were spent developing the principlal technology and the remaining time was used to perfect the device. Claimed to be a breakthrough technology in generating electricity by dissociating water, the scientists expect it to be one of the most significant inventions since the creation of lithium-ion batteries in the 1980s.

The hydroelectric cell has multiple advantages over its existing counterparts in portable batteries and mainstream energy generation. These cells use commonly available water as fuel, replacing toxic chemicals that jeopardise the safety of consumers and are harmful to the environment. In addition, hydroelectric cells are expected to be inexpensive once commercialised, costing less than solar panels. These cells do not require any external source of energy to generate power and work on a principle different than most power generation technologies by eliminating the use of turbines.

However, the scientists are cognisant of the fact that since the technology is currently only in a prototype phase, it comes with its own set of limitations. The device has so far worked in principle and is in the process of being refined. With improvements in its design and efficiency, the scientists have nearly doubled the current generated to 150 mA from around 82 mA earlier. They are currently seeking funding to scale up the model and help them address any other limitations that emerge once the device is brought out of the laboratory.

Hydroelectric cells are revolutionary in their approach to portable power generation from clean sources. With countries looking to reduce their carbon footprint, increased adoption of batteries using this technology is expected across the globe. 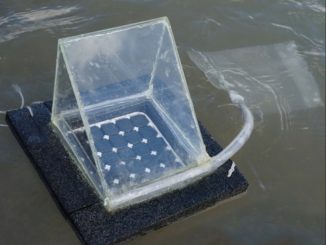 February 2017
Communities across the world have employed different techniques to address the problem of potable water shortage. The most common solution has been th...
More 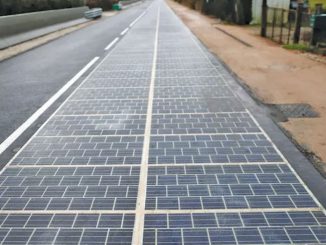 February 2017
Vehicular emissions are one of the major contributors to pollution in urban areas. With rapid growth in urbanisation, the number of vehicles in Indian...
More 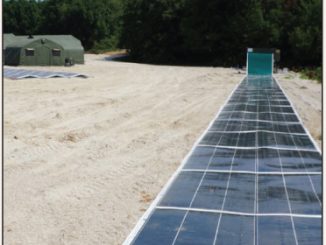