Haryana-based Saatvik Solar has secured an order to supply 4 MW of solar modules to state-run Bharat Heavy Electricals Limited (BHEL) for photovoltaic projects in Uttar Pradesh. It won the supply order after a reverse auction conducted by BHEL.

BHEL will be using these Saatvik modules for PV projects at two thermal power plants in Uttar Pradesh, which it is setting up on an EPC basis. Saatvik will deliver half-cut, multi-busbar, mono PERC modules by the year-end.

Currently, Saatvik has a module production capacity of 1.5 GW at its Ambala plant in Haryana. The company plans to expand its manufacturing capacity to 3 GW by 2023 through setting up a new plant in Gandhidham, Gujarat.

Recently in August 2022, BHEL invited bids for a ten year contract for operations and maintenance of a 100 MW grid-connected solar power project at Raghanesda solar park (Phase-I) in Gujarat. The contract is valued at approximately Rs 111.33 million.

September 22, 2022
The Union Cabinet has approved the request by the Ministry of New and Renewable Energy to implement the Production Linked Incentive Scheme (Tranche II...
More 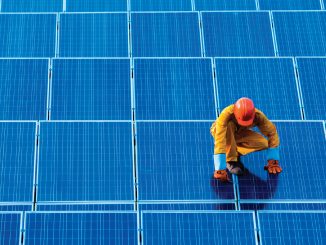 August 1, 2022
Despite being endowed with power generation resources, Jharkhand has very little installed capacity at just 2,483 MW. It lags far behind its neighbour...
More