The coastal state of Kerala has lately been focusing on strengthening its power sector, with adequate focus on generation, transmission and distribution to ensure quality power supply for the pe­ople. In terms of generation, the state de­pends heavily on hydropower to meet its en­ergy requirements. According to the Cen­­tral Electricity Authority, of the total installed capacity of 6,164 MW, the lion’s share of 1,864.15 MW of installed capacity comes from hydropower stations (as of July 2022). The state’s total thermal power capacity stands at 3,066.66 MW, comprising coal (2,058.92 MW), gas (533.58 MW), lignite (314.2 MW) and diesel (159.96 MW). The nuclear power capacity in the state is 362 MW. As Kerala is highly depe­ndent on hydro, it is prone to power supply issues owing to a shortage of rainfall and erratic monsoons. Therefore, the sta­te is trying to secure its energy supply by producing more renewable energy.

Although Kerala was one of the first states to announce a comprehensive renewable energy policy in 2002, its renewable energy deployments currently stand at less than 1 GW. According to the Ministry of New and Renewable Energy (MNRE), Kerala has a total installed renewable power capacity of 953.88 MW as of August 2022, with around 622.36 MW coming from solar projects and 266.52 MW from small-hydro projects. The remaining is contributed by wind power (62.5 MW) and biopower (2.5 MW). How­ever, Kerala has been making efforts to in­crease its renewable energy capacity, particularly solar, for a diversified energy mix.

Over the past few months, Kerala has seen several developments across various renewable energy segments, as the state and its agencies have been focusing on bo­osting renewable power generation. In­terestingly, many of the recent developme­nts have been in distributed solar, especially related to the Pradhan Mantri Kisan Urja Sur­aksha evam Utthaan Mahabhiyan Yo­jana (PM-KUSUM), which aims to sola­rise the energy requirements in the agriculture space. Some of the major deve­lop­me­nts have been highlighted below:

Green initiatives in the transport space

With clean energy deployment and utilisation now being an important consideration for almost every infrastructure project, Ke­ra­la’s transport agencies have taken imp­ressive steps to decarbonise their operations. While Kochi airport and the city’s me­tro authority have made significant eff­orts to deploy renewable energy at their premises and increase their procurement of green power, the state is also massively encouraging the adoption of e-mobility through the deployment of electric vehicle (EV) charging stations.

Cochin International Airport Limited (CIAL) is the second largest power producer in the state, after KSEB. CIAL, the world’s first airport to run fully on solar energy, has produced 250 MUs of electricity, helping eliminate 160,000 ton­nes of carbon emissions. This solar energy production is in addition to CIAL’s hy­dro­electric project in Arippara in Kozhi­ko­de, where a run-of-the-river project has been set up to produce about 14 MUs of po­wer annually.

CIAL set up a 100 kW solar farm on an ex­perimental basis in 2013 as its first step towards turning into a fully solar-powered airport. The airport was able to achieve the status of a fully solar-powered institution in 2015, with a production capacity of 13.1 MW. The airport has ar­ound eight solar plants at present, which meet its require­me­nts. The airport authority is also in the mi­dst of planting vegetables in the solar fields under the agri-photovoltaic method.

Over the years, the Kochi Metro has used the land lying fallow near its depots for solar power generation. Kochi Metro Rail Limited (KMRL) became the first metro in the country to use solar power to supply 25 per cent of its power requirements, when its first phase was commissioned. The me­tro is now able to meet 50 per cent of its electricity needs through solar pow­er, after implementing several solar projects. KMRL re­cently commissioned a 1.8 MW solar po­wer station at its Muttom yard. Muttom’s plant was built as part of the third phase of KMRL’s solar project, which aims to produce 5.445 MW of electricity. This project is unique in that it taps into the open sky space provided by the metro tracks. The third phase of KMRL will have a total solar power generation capa­city of 10.5 MWp. It will generate approximately 147.49 MUs per year, or 55 per cent of the total energy consumed.

With the state government pushing e-mo­bility, charging stations are being set up under the aegis of multiple agencies, in­clu­ding ANERT, the state-run KSEB and private players. In September 2022, ANERT announced its plans to launch a mobile app that can be used by EV users to locate and access the services of the EV charging stations operated by different agencies in the state.

ANERT aims to set up fast charging stations every 50 km along the national highway, state highways and the Main Central Road. ANERT has established 16 stations in public places under a special scheme. Six more are in the pipeline. Fast charging stations have also been established in Ala­­ppuzha, Pathanamthitta and Kozhi­ko­de, under a scheme that allows private players to set up stations for public use. The Kerala State Electricity Regulatory Com­mission is also planning to introduce a regulation governing the sale of electricity through EV charging stations. Recently, 145 new EV stations were set up by KSEB in Thiruvananthapuram district. In June 2022, KSEB partnered with Elocity to inaugurate a network of EV charging stations in Palakkad district. Prior to this, in Oc­tober 2021, KSEB had invited bids for the supply of 200 EVs and 1,000 special purpose EVs, as well as the setting up of charging stations for commercial operation in the state.

Kerala generates power mainly from four sour­ces: hydro, thermal, wind and solar. Of the­se, hydro and thermal power gene­ration account for the considerable ma­jority, whereas wind and solar make only marginal additions. The state has been lagging be­hind in overall solar installations. The recent bid issuances and project de­ve­lopments, however, point to a positive outlook for renewable energy in the state.

Further, the Kerala government has an­nounced its ambition to become carbon-neutral by 2050, with a focused ap­proa­ch towards the growth of renewable en­ergy. Going forward, the state nee­ds a streamlined and targeted app­roach, with a competitive market for the private sector and regulatory clarity, to achieve its green aims. 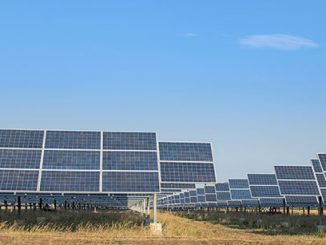 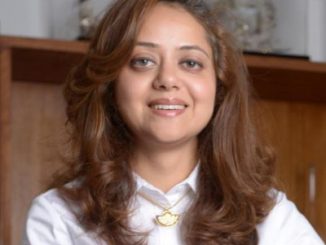 June 6, 2022
Khushboo Sachdev shoulders the strategic, business and operational responsibilities of Su-vastika. Her deep-rooted understanding of the nuances of the...
More