Scatec has reached the financial closing for three renewable energy projects in Northern Cape province in South Africa. The three projects are located in Kenhardt and are expected to have a combined solar capacity of 540 MW and battery storage capacity of 225MW/1,140MWh. After this financial closure, Scatec will begin construction of the projects. Following their completion, the renewable assets will supply 150 MW of dispatchable power to the Kenhardt region under a 20-year power purchase agreement.

In addition, they will require a total capital expenditure of around R16.4 billion. The projects will be constructed under the Risk Mitigation Independent Power Producer Procurement Programme. Scatec will own a 51 per cent stake in the project and the remaining 49 per cent will be held by local partner H1 Holdings. Scatec will also be the engineering, procurement and construction (EPC) contractor for the power plants and provide operation and maintenance and asset management services for the project.

Earlier this month, the 531 MW Mendubim solar project in Rio Grande do Norte, Brazil was being developed by Scatec and its partners. Equinor and Hydro Rein are partners in the project’s development. The three firms will jointly provide EPC services while also each holding a 33.3 per cent economic interest in the solar power project. 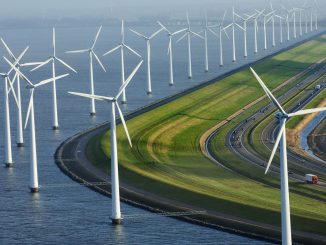