The 531 MW Mendubim solar project in Rio Grande do Norte, Brazil, is currently being developed by the Norwegian renewable energy company Scatec and its partners. Equinor and Hydro Rein are partners in the project’s development. The three firms will jointly provide engineering, procurement, and construction (EPC) services while also each holding a 33.3 per cent economic interest in the solar power project.

Additionally, they have a 20-year power purchase agreement (PPA) in place with the US-based alumina supplier Alunorte. Alunorte will acquire 60 per cent of the clean energy produced by the solar project under the PPA, while the remaining 40 per cent will be sold on the Brazilian energy market. The asset management and operations and maintenance services for the solar facility will be provided by Scatec and its partners. In order to start project site preparation activities, the three companies will now place orders for key components. By the end 2022, the project is anticipated to attain financial close.

In March 2022, ACME Solar Private Limited launched a 50-50 joint venture with Scatec, to design, construct, build, and operate a large-scale green ammonia production facility in Oman. The facility’s initial phase is projected to produce 100,000 tonnes of green ammonia per year, and it would be expanded to 1.2 million tonnes per year with around 3.5 GW of electrolyser capacity, which would be powered by a solar PV plant with a capacity of 5.5 GWp. 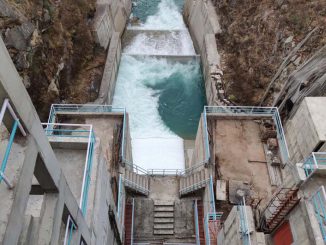 June 21, 2022
Inox Green Energy Services, an ancillary of Inox Wind has listed fresh preliminary papers with the Securities and Exchange Board of India, regulator f...
More