SunSource Energy has executed 150 MW of solar projects in the EPC and developer mode in the past 12 years. Another 200 MW of projects will be commissioned in the next three to four months. We have also entered the storage segment and are developing three storage projects along with the Solar Energy Corporation of India. Outside India, we are present in Thailand and the Philippines.

A key challenge is that the business de­velopment cycle is affected due to the vo­la­tility of tariffs. If there is a need to inc­rea­se the tariff by 20 per cent, then custo­mers say that they will wait a few mon­ths to see if tariffs fall again. This creates a huge risk of losing investors. Recently, the power demand increased tremendously and in general there is a reluctance to inc­rease thermal capacity, which is not enough to meet the demand. Therefore, more renewable and round-the-clock power is needed, but cost competitiveness has to be addressed. Module prices have been a big backstop.

Developers are in a flux regarding the import dependence on China. For old projects, the modules have already been im­ported. Now, module prices are being quo­ted at an inflated price even by Indian manufacturers. Even after considering ba­sic customs duties, these numbers seem to be on the higher side. We are also trying to source other components from In­dian manufacturers.

The current trend in the market is the increasing cost of components such as metals and electronics, which has inc­re­as­ed the tariff by at least Re 0.30- 0.40 per unit. This makes it unsustainable to build projects, so developers are also backing out. The kind of price volatility the solar segment has seen in the past year, it has not witnessed in the past de­ca­de. All the assumptions that the prices of different components will only go do­wn have not been true lately. This uncertainty and price rise is expected to rema­in for the next six months.

The range of landed cost for the 75 MW solar farm that we are building in Uttar Pradesh is Rs 3.60-Rs 4.20 per kWh. The key challenge is that the open access char­ges have been increased by Re 0.20-Re 0.30 per kWh. So, if the open access regulatory regime is made more favourable for developers, this is the range by which the landed cost can reduce.

Going forward, Indian module manufacturers should not take undue advantage of these uncertain times by charging a hi­gher price, but instead build trust with developers and assist in the development of quality projects. We also expect the In­dian government to inspect the quality of modules by Indian manufacturers even though the Approved List of Models and Manufacturers (ALMM) of solar PV modules is in place. In addition, more wind-solar hybrid projects need to be developed in India.

In the eyes of developers, the solar industry has been a “happening” sector over the last decade with several developments and policy initiatives undertaken by the government. The share of renewable en­ergy in the overall energy portfolio is going up vis-à-vis conventional sources of energy. The initial momentum in the solar sector created immense excitement am­o­ng developers. However, today, the situation is not as desirable as one would have hoped. The sector faces various concer­ns. Tariffs have gone below Rs 2 per unit, creating an expectation in the market that everyone can buy power for a tariff below this rate. The tariffs quoted in the market are very low and do not seem to be workable.

All items apart from modules are now being sourced from domestic sources. The biggest hindrance is the logistics co­sts of modules. The freight cost has risen tremendously and limitations in the supply chain continue to exist. Besides, these pri­ces are not firm as they do not remain stable for more than five to seven days. Even under fixed contracts, the prices te­nd to be unstable. The market has also seen a price increase in diesel cost as a result of which the cost of transportation has inc­rea­sed. Predicting the tariff is an­other cha­­llen­ge as there is a lot of uncertainty in the market. One should not go aggressively on tariffs in these uncertain times. Am­ong PPAs, discom PPAs may perform better as they provide a 25-year power offtake guarantee. However, the rating of dis­coms is also important. While higher tariffs are offered in the commercial and in­dustrial (C&I) market, their PPA tenors are shorter at 10-15 years.

Going forward, it is crucial for the government to focus on the setting up of evacuation systems. The country possesses lar­ge portions of barren land, which can be utilised for this purpose. Moreover, a fo­cus on creating an enabling ecosystem for the C&I market and granting of open ac­cess must be emphasised. Despite be­ing under the Electricity Act, many disco­ms have not been given open access.

In terms of future prospects for investments, Avaada is looking at the diversification of its clean energy portfolio, module manufacturing, and production of gr­een hydrogen and green ammonia. The la­tter goals align with the government’s plan of domestic manufacturing and the green hydrogen mission.

O2 Power is a relatively young company, having only been in the market for two and a half years. We currently have a total cu­mulative portfolio of over 1.8 GW, of which around 400 MW has already been delivered, and the remaining solar projects are under construction. The co­mpany develops greenfield renewable energy projects and also grows inorganically through acquisitions.

There are a few key barriers in the solar se­ctor such as lack of clarity on critical ma­tters like the issue of the Great Indian Bu­s­tard. Nobody is aware of what will ha­ppen after one to three months. Laying un­­der­ground connections across Rajas­th­an and Gujarat appears to be a near-impossible task from a technical standpoint. As a result, the only choice is a tra­nsmission line. Many projects have been put on hold as a result of this uncertainty. They have either purchased the modules or completed much of their work, but they are unable to commission owing to a lack of clarity. The second challenge is the im­position of basic customs duties on modules that will make them highly expensive for the Indian market, if we are not ready for domestic manufacturing. We do not have the in-house capacity to provide mo­dules to all the solar plants. We will have to import those modules, and doing so with such a high capital expenditure is very challenging.

Supply chain concerns have always been a key portion of the overall challenges in the sector. In procuring capital items like inverters and modules, starting from the factory to the project site, there are several supply chain management challenges.

Tariffs are expected to increase as both capital expenditure and operating expenditure items like insurance premium are also rising. Therefore, the cost of generating energy is going up every day. It can only be leveraged or compensated if we have hybrid plants nearby, such as wind, solar, or battery energy. If we have large pla­nts in a similar single location, the costs are expected to come down and the tariffs can be levelled as well.

Furthermore, the industry anticipates clarity on policies from the government as well as a strong push towards making la­nd ac­quisition a more efficient process. Future opportunities and investment plans would include hybrid projects. The uptake of plain vanilla solar projects may reduce going forward.

Hero Future Energies is a 10-year-old co­mpany and operates in various renewable en­ergy segments like utility-scale so­lar, wind and C&I solar. In terms of po­rt­folio, we have roughly 1.5 GW of installed solar and wind capacity and 200 MW of C&I solar projects spread ac­ross India. We are currently also develo­ping a unique solar fisheries project in Bangladesh with a capacity of 50 MW as well as a 100 MW wind power project in Vietnam. Our company was the first one to develop a solar-wind hybrid project in India, almost five years back.

This is a turbulent time for India’s solar power segment. Commodity prices of key materials like steel, aluminium and co­pper are highly volatile, and thus, projecting the cost is difficult. The cost of solar modules is also quite unpredictable at the moment, making project development qu­ite challenging. Scarcity of land is an­other major challenge that will persist over the coming years especially as more and more hybrid auctions take place. Further, overdue payments from discoms continue to plague the developer community significantly.

Traditionally, we were dependent on Chi­nese suppliers for modules and inverters. Now, these Chinese products are be­ing pro­duced in India with all the right certifications, taking care of the inverter-related su­pply issues. Module supply, on the other hand, continues to be a challenge. With the ALMM coming into the picture and restricting the procurement of foreign compone­nts significantly, we are now dependent on domestic manufacturers for solar modules. While domestic manufacturing surely ne­eds to be promoted, our experience says that product quality is an issue.

Basic customs duty and increase in commodity prices surely impact project costs and tariffs. We expect solar tariffs to inc­rea­se to Rs 2.40-2.50 kWh per unit or even go beyond that. However, with the in­crease in investments in module capacities and solar projects, these costs will ultimately go down.

Regarding states, Karnataka continues to be a favourable state from a solar de­ve­loper’s standpoint, especially from a po­w­er evacuation and regulatory viewpoint. Ra­jasthan, unfortunately, has tak­en a ba­ck seat for investments due to the Great Indian Bustard issue. Gujarat definitely has ample available land and high potential, but suffers from a few drawbacks es­pecially in terms of its policies re­garding ISTS projects. Madhya Prade­sh and Tamil Nadu are also slowly beco­ming att­ractive destinations.

India has almost 400 GW of installed po­wer capacity, of which 60 per cent is still thermal based. In energy generation ter­ms, 80 per cent is still thermal power bas­ed. Rene­wable energy (including hydro) generation contributes to 20 per cent of the total energy mix. However, solar and wind energy are intermittent sources of power and it be­comes important to integrate en­ergy storage and increase hy­bridisation to ensure system efficiency. Hero Future En­er­gies is exploring various emerging opp­or­tunities like specialised hybrids, round-the-clock po­wer, energy storage and green hydrogen in both India and abroad.

September 8, 2021
The Department of Atomic Energy (DAE) has floated a tender for a 1.73 MW grid-connected solar project at the Indira Gandhi Center for Atomic Research ...
More 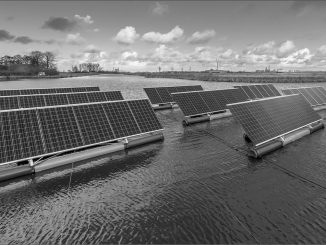 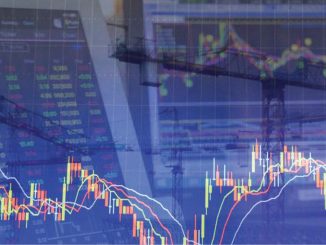